My actual “the good and the bad” In Chinese literature is Yin and Yang. The Yang is the white side with the black dot on it, and yin is the black side with the white dot on it. It’s describing how the opposite forces are interconnected such as light and dark, high and low, hot and cold, life and death and so on. This symbol pierce all the religions, all the physics, and all the chemistry in the world. Failure and Success are two of my favorite Yin and Yang’s. In case to achieve success you have to beat all the failure and to expand the white dot in the black side. If we let the black dot expand in the white part we will experience failure.

If we study smallest particles in this universe and even out of the universe, we can perceive this theory. Every planet has a forming time, lasting time, and destruction time. It may be million years but it still has to expire and when it does it causes bursting explosion and forms nebulae.

Now, nebulae are cloud of gas and dust in outer space, visible in the night sky either as an indistinct bright patch or as a dark silhouette against other luminous matter. These clouds of gas and dust surround a rock as they flow and form another planet. Like it or not our planet will be destroyed in the future and we are all going to disappear and be reborn somewhere else, just like the planets. This is how Yin and Yang is connected everywhere, even on the biggest things. 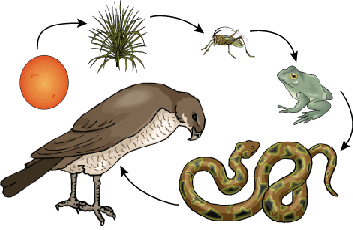 a circle of life. Everything and every action we create have start-action-finish line and we are not including the time in this formula. Either it’s a day, month, year, decade, millennium or even a light year. In the end it has to collapse.

I’m not going to prolong my vision of yin and yang but instead we will focus on my favorite, the failure and success. When researching this two most desirable yin and yang existing in the human population it’s very interesting that the percentage of failure dominates. People are waving the white flag and expanding the black dot in the white when they face any type of problem. And the only goal in their existence is to be successful and embrace their vision. This is failed by the first obstacle they face and not to mention the thousands after.

The most amazing part in the nature and people is that nature never gives up. Any fire caused by people or the sun it can burn some parts or even all the forest, but if you give time to it, it will heal and re-grow. Nature never gives up but people do. What people do not grasp and nature does is the white dot in the black and the black dot in the white. They must prevail in every achievement they do. There must be hard parts to see the white and white parts to see the hard, else wise we are going into quicksand of failure.

Every soccer, baseball and basketball players that are famous and successful is because they refused to give up in the training procedure, they never went out and got wasted with his friends, they never skipped training and they never tried to make the white dot black or the black dot white, but they overcome them and they got motivated by them, that’s why in present time you will see them on TV getting millions of dollars and you can only dream to be in their spot. They skipped everything to be successful and you got your first opportunity to skip the success and went to the road to failure. I’m glad if successful people read this post because they will find that someone understands them and share their life experience. Now you decide whether you will long last as a planet and last even longer afterwards to create and be inspiration of another forming planet or be the grasshopper eaten by the toad. It’s your choice.