Life is a rush and we are living in a frantic tempo. Not because we want to, but because the majority works that way and we just go with the flow. However, we can divide and let go of things that prevent losing our minds.

One person is composed of things he does and does not do. Those things define our actions and how we formulate our thoughts in actions. Sometimes we have bad habits and mindset that we are not aware of.

We will focus on the things we can let go of to start with the relaxation and start walking the path of the Zen. 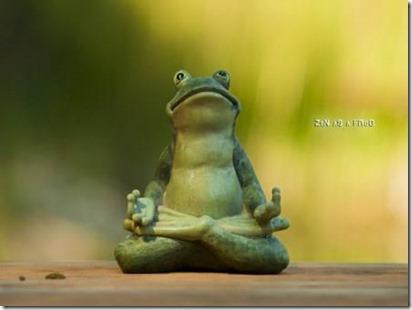 Comparing is taking the uniqueness of every individual to a level where he is no longer the only one.

Along with comparing we convince ourselves that we are not unique and that we possess things as everybody else. Measuring our attainments or character with others will not bring any good nor will direct us on the path of the Zen.

Let go and relax the mind.

Competition is a good thing when we approach it Zen-istic.

Competing to improve ourselves and be better than yesterday should be one of our main goals on a daily bases. Competition should be replaced with awareness.

It is okay to know what other people or other firms are capable of, but don’t face that as a blood spilling game. It’s you process rather than they.

These cursive things are not needed in any case. Judging people is lame, poor and initiating a sign of how low we can go.

Never judge people. That’s what the lowest class of people do and I know that no one wants to belong there, even the ones down there if they were aware of it.

“For every minute you remain angry, you give up sixty seconds of peace of mind.” – Ralph Waldo Emerson

Anger is destructive. There is no other way to explain that toxic emotion. If we are not in control of it, it will make us do things that we may regret for the rest of our lives.

Take control over anger and you will see better results.

Regret has nothing to do with anything. We just feel it because we think we did fatal mistake while there is no such a thing. There are things to learn from rejection if that’s the reason to regret something.

Mistake is a lesson. Plug that in your mindset.

As fear is imaginative, worrying is something that we create with the bad part of the brain.

Worrying that your kid is too late to come home will do nothing if you don’t go and do something about it, while in most cases he is young and walking around the neighborhood with his friends.

There is no place for worrying if there is action and rightful decisions.

Blaming is the easiest way to get out of trouble. We give the hot stone to another person.

We are a team and when a team fails, it’s not the problem of one, but problem covering all.

We need to start function as a whole and keep supporting our mistake with fixes. Until then, blame will stay as a bad solution to every problem.

As blame, guilt is the outcome of a possible mistake. If you start to feel guilty about something, it’s time to take course of actions and fix the problem or whatever the reason for guilt is.

We don’t even need to start feeling guilty to acknowledge that the weight in the soul is dragging us down unless we do something to lift it up and throw it away.

Fear is a stimulant. In most cases, toxic.

The reason I said in most cases because we usually forget to divide fear and danger.

On the other side, the realistic things such as energy and matter, danger is very real.

10. Have a proper belly laugh at least once a day (especially of it’s about your inability to let go of any or all of the above).

When we’re able to laugh at our problems, we automatically win causing our problems a funny way to solve them.

By being aware of the things above we will start to change our momentum situation, even if it takes time to do that.