The habit is something which we rely on as a three steps process.

The second part is the routine. Taking the example of driving a car, the routine would be shifting gears, looking straight, in the side mirrors, releasing gas, stepping the break, awareness of the drunk guy walking irregular and lots of other small things we combine while we use a vehicle.

The last part is the reward. Let’s say you go to have a nice dinner with your BMW. You start your habit by taking the car keys, you do the routine of driving the car with all the things included, and finally you receive the award of meeting your loved one at a dinner table. And the thing is, you don’t even notice that you drove the car to the restaurant. You just stick to the award. That’s why we are not aware for most of our habits and its causes.

Clearly defining the process will give us a sense of how a habit works.

When we understand the 3 step process of a habit, we can conclude that we should stick to healthy and framing habits that will carve us into a better person instead of the ones that we will discuss about.

Today we will give credits to the top 10 biggest brain damaging habits. 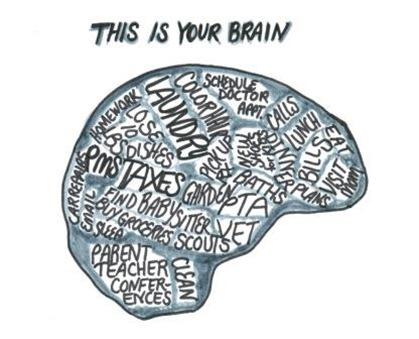 Skipping breakfast has been linked to health risks – high blood pressure, overweight, and an unhealthy assortment of blood-fats.

What’s interesting is that the health effects of skipping breakfast, even being overweight, don’t seem to be the result of indulging in extra meals throughout the day. So it’s not just about the calories. There seems to be something else in the equation.

The short answer may be that skipping the early meal keeps your body in the stressful state of fasting for longer, which will disrupt your metabolism in considerable and life-threatening ways.

The body uses calories from food to allow the muscles, organs, tissues and cells function. Each person requires a different amount of calories based on their age, height, current weight, activity level and gender. Extra calories are stored as fat for future use. However, many people do not use these fat stores and become overweight.

The Centers for Disease Control and Prevention defines being overweight as a body mass index between 25 and 29.9.

According to the Centers for Disease Control and Prevention in 2008, 34 percent of American adults were overweight.

Overeating can lead to a person gaining enough weight to be considered obese.

Overeating can cause a person to develop high cholesterol.

When overeating leads to becoming overweight, people have an increased risk of having high blood pressure.

As I have explained how smoking went viral, there are gigantic numbers of death each year caused by tobacco. In fact, smoking is the largest cause of preventable death in the world.

It is responsible for several diseases, such as cancer, long-term (chronic) respiratory diseases, and heart disease, as well as premature death. Over 440,000 people in the USA and 100,000 in the UK die because of smoking each year.

Scientists claim that there are over 4,000 compounds in cigarettes. A sizeable number of them are toxic – they are bad for us and damaging our cells. Some of them cause cancer. They are carcinogenic.

Excessive sugar in your diet can not only make you gain weight, but can also negatively affect your overall health.

Extra sugar in your body does not immediately require for energy can easily be converted to triglycerides, a type of fat that can then be stored around your waist as well in your hips and thighs. Sugary beverages, such as soft drinks and fruit-flavored punches, are the worst offenders because their liquid calories do not affect satiety and can even make you crave more.

Your immune system is one of the most important defense mechanisms your body has against infections. Eating too much sugar can seriously compromise the ability of your immune system to fight viruses, bacteria and parasites.

The brain is the largest oxygen consumer in our body. Inhaling polluted air decreases the supply of oxygen to the brain, bringing about a decrease in brain efficiency.

My personal advice would be to visit mountains and breathe fresh air as much as you can.

Sleeping enlightens us with dozens of benefits. Not sleeping enough and not sleeping well is damaging. As a matter of fact, there are dozens of side effects. It may surprise you to learn that chronic sleep deprivation significantly affects your health, performance and safety.

The stresses of daily life may intrude upon our ability to sleep well, or perhaps we trade sleep for more work and play. We may have medical or mental-health conditions that disrupt our sleep, and be well aware that we are sleep-deprived.

It is critically important to realize that sleep deprivation is very often due to unrecognized sleep disorders. After a typical night’s sleep, you may not feel restored and refreshed and be sleepy during the day, but be totally unaware that you are sleep-deprived or have a sleep disorder. You might think, “It’s just the stress accumulated from work or the kids,” or you might have “always felt this way” and had no idea that you should feel differently. This lack of awareness compounds the consequences because so many people remain undiagnosed for years.

There is a study that not only says that it does this but that it also increases you chances of getting Alzheimer’s and dementia. This is due to the decrease in oxygen and the increase rebreathing of carbon dioxide.

8. Working your brain during illness

Working hard or studying with sickness may lead to a decrease in effectiveness of the brain.

Because the human brain is so complicated and has little capacity to regenerate, it is vulnerable to the effects of damage and disease. Losing part of the vast network of cells, or changing the level of a neurotransmitter, can have devastating results, especially when we force it to work with steamy power.

Thinking is the best way to train our brain, lacking in brain stimulation thoughts may cause brain shrinkage.

This is also a cause linked to the other 9 brain damaging habits. By following bad habits we create a wall that block our thoughts to emerge in our imagination.

Talking and expressing feelings and emotions activate our brain to think more and formulate things in reality. By talking less and keeping the thoughts inside, we can tangle the brain and cause a self-imprisonment.

Express your thoughts whenever you feel like it because it can affect your overall health.