We all like to answer questions. That’s the main part of life. We keep answering questions until we find the real matching to our vision. That was the main reason Thomas Edison invented the light bulb and the essential reason to build the multi-billion dollar company Apple by the genius Steve Jobs.

Have you ever wondered how would you answer some questions where logic is not in the equation? Usually we formulate answers according to logical slope of answers. In these 8 interesting confusions, logic is groundless (before we discover the answers) and they will surely leave you open-mouthed. 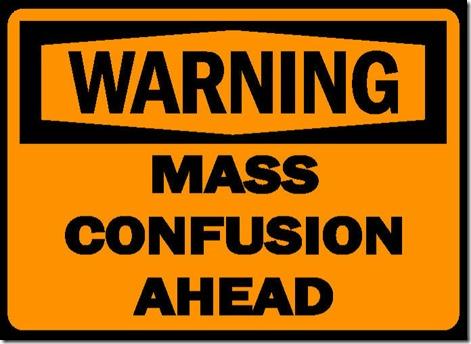 1. Can you cry under water?

Yes, we can cry underwater, but we just wouldn’t see it! It’s like a similar question: can you sweat while inside a body of water and the answer to that one is also yes, you just can’t see it!

But it’s also interesting that the more you wanted to cry the more you swallow more water which will result in drowning. Mind-blown.

2. Do fishes get thirsty?

They sure do! Freshwater fish receive water by it going into their skin and into the system, but they do get some water through their mouth when they eat or open it. Saltwater fish do it the same way, but do something a little different though, because sea water contains much more salt, they have special cells called ionocytes in the gills which pumps out the salt in the body so they don’t get dehydrated.

3. Why don’t birds fall off trees when they sleep?

When birds perch, there is a tendon in their legs that gets pulled further, locking their toes tightly to the branch. Birds’ “knees” bend backwards, so when they perch this tendon is pulled to its furthest extent over the back of the knee. This is not changed until the bird consciously “lifts his knees up” and releases the tension on this tendon. The bird can sleep on the tree because his weight pushes down on his knees and keeps that tendon tight. Convenient, otherwise a sleeping bird would make an easy meal for predators.

4. Why is it called building when it is already built?

If you look at the Old English (byldan) and Middle English (bilden) words for building, you will notice that they do not include the -ing suffix. This word eventually morphed into byldinge (now with the -inge suffice). This suggests that the word may have been a mispronunciation that eventually came into common usage. Anyway it wouldn’t sound right if you called it a ‘built’ would it…?

5. When they say dog’s food is new and improved, who tastes it?

Somebody does.
In the tech industry, the term ‘dogfooding’ is used to indicate trying out a product internally before it’s released to the public. The term is popularly attributed to Purina having humans try out dog food to make sure it’s appropriate for dogs.

6. If money doesn’t grow on trees, why do banks have branches?

They have branches but not leaves. You put the money in to make the branches green so the banks become trees. Therefore, trees grow from money. Interesting …

7. Why does round pizza come in a square box?

Square boxes are easier to make, ship and store flat. Round boxes typically have to be pre-made and are more bulky to transport.

Circular pizza is easier to cut into slices. Also, if the pizza were square, it would look weird.

If a round pizza came in a round box and fit perfectly how would we get a slice out without struggling or making a total mess…we need the edges of empty space to be able to get at the pizza.

Is it possible to make a round box that is hinged and locks? If it is I am pretty sure it would be expensive rather a square box is not only more common but it is cheap as well.

8. Why doesn’t glue stick to its bottle?

In some cases, there is a solvent in the glue that helps keep the molecules in the glue from cross-linking (getting sticky). The glue doesn’t solidify in the bottle or stick to it because of the solvent. The solvent evaporates in a half-empty bottle of glue, but this is limited by the space in the bottle. BOOM!

You can find more interesting confusions in the section of “off the record” articles.