Humanity is a virtue associated with basic ethics of altruism derived from the human condition.

To attain high level of humanity, people need to start analyzing themselves. I am personally so puzzled with the idea of people bothering so much with other lives, that they lack even a tiny second to spend on themselves.

Even so, creating humanity needs to start as a spark in each and every individual. We cannot do that if we don’t know what our dangers are.

To place the warning signs, we won’t bother much with the intro. We will jump directly to the 7 warning signs that destroy human virtue (humanity) which headlines are originally from Mahatma Gandhi. 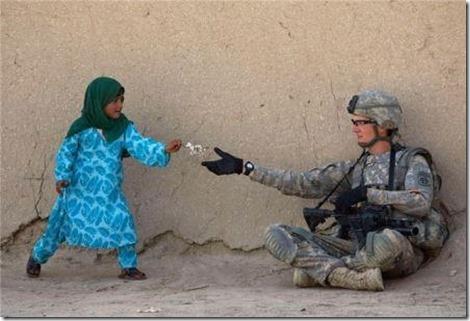 Not only can the individual destroy people around, the one possessing wealth without a single sweat can be deadly for his own sake.

Usually, kids having rich parents that don’t bother raising their kids to respect earning money and wealth along, have the biggest potential to become one.

Imagine the money as a car. The car is a tool to transfer yourselves from one place to another, but if you don’t know how to drive a car, the vehicle instantly becomes a metal killing machine. You can hurt yourself and you will be harmful for the surrounding.

Think about how wealth can be used to enjoy your life, but if that wealth is not earned day by day and respected as a tool, you will be doomed for good.

Wanting to be wealthy person is great; wealth is a journey, rather than finish line, ticking every second of our life until the last breath.

Bottom line would be that wealth is great, but deadly if we don’t earn it properly.

The top 10 brain damaging habits are great examples of how pleasure without conscience can be damaging. By the way, conscience is an inner feeling or voice viewed as acting as a guide to the rightness or wrongness of one’s behavior.

You see, the brain gets easily tricked by everything he sees as a pleasure.

If we light up a cigarette, and find pleasure in it (which we probably will because nicotine is addictive) we will be addicted to a pleasure without conscience. These brain damaging habits usually occur while we are in the early ages or in a spot where we think those habits will help us, especially to deal with stress.

All the bad habits give us pleasure which we firmly know that are not going to bear any success on long term.

We need to be aware of what we are doing. Our inner voice knows what’s good and bad for your sake. Listen to it.

Especially in politicians and in “the head of the states”, this damaging human virtue can be annihilating to a whole country.

Knowledge is deadly without character. I personally think it can be called psychopathic trait.

One great example would be Hitler and Stalin.

They were people full with knowledge, but they had neither mental nor moral qualities. They couldn’t state what’s generally good for the people. Instead, they had psychopathic vision of how the world would look like with their “rightful” genocide.

The best method would be to read and learn with moral uprightness. Our conscience knows that we shouldn’t harm anyone that does no harm to you and even in some cases if he does.

We should bring high-minded principles with us in every book or knowledge we plan to read and experience. Being unique is a great thing, but not the one that produces harm to the surrounding.

It is really, REALLY hard to do business without ethics today, but not impossible.

In negotiations, every group is trying to cut the bigger piece of the meat. It’s like wolves around a dead deer.

Even if one of the sides come up with the best solution (let’s say selling a house for 100.000$), if they sense that they have the cards in their hands, they will even try to take it for free.

They will try to lurk down and find any “dirty” law that’s going to be best for them. Ethics are transformed in business now. It’s a jungle out there.

However impossible it may seem, it’s not elusive to bring your morals with you in the business sphere.

Every time you merge in negotiations try to come up to a solution that will bring satisfaction to your needs and amiability to the participants.

Always plan before your BATNA (Best alternative to a negotiated agreement) because the “wolves” are all around and they may see you as a frail opponent.

Science is knowledge or study of the natural world based on facts learned through experiments and observation.

What could possibly be humane in the atomic bomb? There is nothing humane about the atomic weapons, but to measure the power of one country over another. How Albert Einstein saw the world had nothing to do with its creation.

As science is used to produce antidotes, cures and even vitamins, science is also used to make artificial viruses, bacteria’s, and sicknesses that are intentionally designed to decrease human population or increase ‘their’ revenue by selling anti-viruses, anti-bacteria’s, or antibiotics, however you want to call them.

No matter how much we believe in humanity, medicine is so expanded that they do so inhumane things to accumulate wealth that you could never imagine.

The best solution to an individual (particularly you) would be to use your type of science to bring greater good in this world, especially to humanity. Don’t ever lose hope on it.

Worship can be stated as faith in something greater than us (ex. Christianity, God, Allah) and all type of different religions people are faithful to.

Now, worship standing alone can’t mean a thing if we are not willing to sacrifice for it. Say, you believe in something greater than you, as a guiding path in your life, maybe a type of conscience. Would you give it up on the first obstacle you encounter?

Maybe you cannot find proper job, or you may want to become the best actor in Hollywood (fit your example here.) Would you give it all up just because you failed the first time? If you do, then you are damaging your personal human virtue and the people that believed in you.

Faith in something greater than us, and is the best guiding path and motivational source we’ll ever rely on. Every motivational article or inspirational quote you stumble upon is feeding that source up there to guide you to your vision.

So if you lack worship against something holly (even if it’s only holly for you) find it A.S.A.P.

If politics were generally principled, there wouldn’t be any harm to humanity. One great example would be the article: why the news are always telling you things you don’t want to hear.

Politics is a bloody arena of businesses behind the curtains. You cannot imagine how many countries are suffering from greedy rulers (unless you belong to those countries.)

The general question is: “Is there any possibility a country to possess a politician of higher power who is truly a good person?”

However a country or a higher power may dictate we should always carry the big opinion of us. We are all a mechanism in this world and we should never stop giving the best of us to bring the greatest gift to humanity: our moral uprightness and human virtue!