Self-educated lawyer, the 16th president of the United States led the federal republic through its Civil War, its bloodiest war and its greatest moral, constitutional and political crisis. Meanwhile, he preserved the Union, abolished slavery, strengthened the federal government, and modernized the economy. While his bragging rights can go for days, we will focus on his knowledge.

He left vast topics of knowledge, endless quotes and gave us written fortune to inspire us to become the best version of ourselves. The next 7 quotes from Abraham Lincoln will inspire you to work your ass off (and you know which ass I’m talking about.) 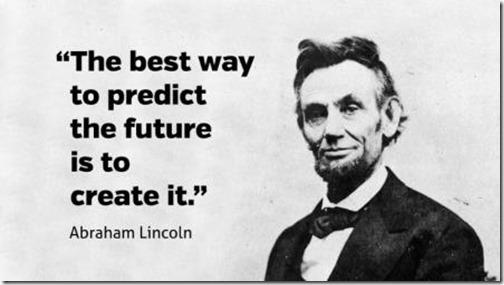 We do not consider the fact that one day we will all die, and believe me that’s not scary, but inspirational. It reveals the shocking truth about the fear of death.

If you see the perspective of all geniuses, poets, artists and successful businessman that left and still have recognition in this world, you will see that they all say the same thing.

“The fear of death follows from the fear of life. A man who lives fully is prepared to die at any time.” – Mark Twain

“If you live each day as it was your last, someday you’ll most certainly be right” – Steve Jobs

“Live everyday as if it were your last because someday you’re going to be right.” – Muhammad Ali

They said these things to inspire the upcoming generations and people who need a mind push. Everything you do today that doesn’t matter is madness and a waste of life.

The best way to change that is to start doing your own thing, your own life and create your own reality. Make each day count!

2. “Nearly all men can stand adversity, but if you want to test a man’s character, give him power.”

Human survival instinct comes since the beginning of time. If we are tested with harsh times, we can all cope with that, one way or another. But if you want to see what the real “lab mice” is doing in a man’s brain, give him power.

And how is this knowledge inspirational? If you really want to be successful person (however you measure and understand success) you need to be prepared to behave like a real leader when you hold elevated power in your hands.

People don’t understand that winning the lottery can be the worst thing that has ever happened to them (don’t get me wrong on this one). It’s not that you need money. You need something to feel worthy of, which most people think is money.

Now, you need money. You definitely do. But most of all you need something that you will find joy and happiness on the way.

So be prepared to hold power, but don’t seek it immediate. One day at a time …

3. “You cannot escape the responsibility of tomorrow by evading it today.”

The first thing that a man of value should do is to finish everything scheduled for the day. No but, no later, no tomorrow. Now.

If you want to be a weakling, you will keep rescheduling your life for tomorrow and later. It’s always harder to keep your word. Not for people around you, but for you. You should feel uncomfortable to reschedule stuff for later. That’s when you have the habit of doing things now.

If you reschedule things now, you worsen yourself, your mindset, and your whole environment, since everything you do affects something in this world. Think of you as a connecting tissue to a whole organism. If you decide not to play your part, you will destroy whole body.

Do things now. Don’t wait for your ghost to do things for you.

4. “The best thing about the future is that it comes one day at a time.”

As we mentioned in number two, the real test comes when we hold elevated power.

If you think in terms that the future comes one day at a time, you won’t have to worry about the future at all.

Every whole is consisted of small things. Let’s reveal the brains function to unravel the theory.

The midbrain acts as a relay information system for the auditory, visual, and motor systems of the body.

And the last part of the brain is the hindbrain which controls basic functions like breathing, heart rate and blood pressure.

Even though we took the most complex organ to prove simple theory, you get the point that a whole can’t become a whole unless you build it one day at a time (e.g. your brain and all functions builds up since you were infant.)

Everything will come sooner or later. Your job is to strive for better future and brighter tomorrow.

5. “Give me six hours to chop down a tree and I will spend the first four sharpening the axe.”

The real wisdom lies in preparation. You can’t outrun a marathoner just by thinking that you will.

Every goal and achievement lies in training and preparation, meaning experience.

There are many quotes stating that everything you can imagine is real. Well, winning a marathon, being the best executive manager or CEO of an industrial company can’t be real if you don’t sharpen your knowledge to become one. When you see, experience lies in knowing how to solve a problem or tangled situation in a spontaneous period, or a period of time when you least expect it. If everyone knew that crises are coming, they are not called crisis, right?

Give yourself time to prepare to become what you want to become, and believe me you will. Surround yourself with being the best version in whatever you want to become. Obsess with the fact that you will become best at it. Your surrounding and your automatism will form the future for you. That’s how the law of attraction works.

Sharpen the axe next time you prepare for battle.

The whole humanity is consisted of 7+ billion people, and if you ask me it’s not possible for all to be soccer players, CEO’s nor executive managers. Everyone plays different part.

So if you chose to be either of them, formulate a master plan to become the best in that area. If you strive to be many things, you will end up being none.

Even if Abraham stated this wisdom extensively, he meant to inspire people to become the best version in their sphere of knowledge or talent.

So next time you doubt why you loved playing ballet instead of going boxing, remember that people have different roles in this world. Do your own thing.

7. “Don’t worry when you are not recognized, but strive to be worthy of recognition.”

Being recognized is not the best thing. You can be as famous as Adolf Hitler, but definitely not worthy of recognition.

It’s not about being famous. It’s about being recognized for valor and heroism, or something you have done best and different than others. Something that always gave you a choice of letting it go and return the previous habits, or throw all away and strive for greatness, while you always chose the former.

Believe me that being worthy of recognition always takes to be different and unique, while I believe everyone hold that uniqueness once they let it shine through their human body.