Organizing stuff around proves to be the best technique to keep up good tempo at work. However, organization alone is blank if we don’t add up things to support.

As the magician organizes his tricks to be effortless and camouflaged, a good worker needs to do the same on different scale. If work becomes visibly successful, then there were thousands of tricks delivered behind the curtains.

Although tricks may seem magical to the crowd, for the magician tricks are just hiding trails. As one magician in my neighborhood use to say: “While you answer my insignificant questions, I make circus with these cards.”

Today we will reveal “that circus” in the workplace with no trails hidden.

The next effortless tricks to will show you easier way to repeatedly increase productivity in the workplace. 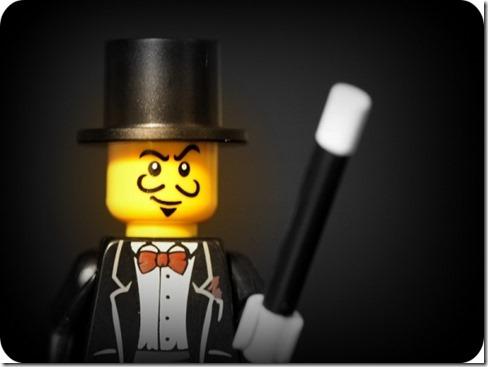 It is strange how many people work without any reminders. Maybe that’s the reason they don’t grow.

To be surrounded with notes all around your workplace (ex. on your laptop) not only it will save you a lot of nerves and time, but it won’t let you forget anything you were supposed to finish. It’s same as doing card tricks without cards. It’s just unimaginable.

According to the research of Dr. Fred Luskin of Stanford University, a human being has approximately 60,000 thoughts per day—and 90-95% are from the previous days!

All your focus is just blurred with this knowledge. You just can’t remember everything in that mess. Even if you manage to organize your mess up there, you will still miss a thing or two.

So for starters, go to the closest market and buy sticky notes. It won’t cost a dollar, but it may save you a lot of time and health. Make sure to write your to-do lists and every other productive thought concerning your area of expertise. That thought will stick as long as you don’t throw the sticky note. Not a single thought from those 60,000 will carry away your productive one.

As we don’t always sit on the desk or surround any walls in our workplace to stick the notes, we should possess a small handbook wherever we go. It’s also strange that the best ideas come when we don’t work, but when we do other things rather than work.

It’s logical to have enhanced ideas when we don’t narrow our focus on the tasks, but when we have time to relax our mind. I personally had the best ideas while meditating and running. If I haven’t written any of those plans in a handbook, they would immediately drown in that enormous flow of thoughts.

Being productive is not just working a lot. It is working smart and catching your productive thoughts like fishes, followed by executive actions.

If you don’t always carry your “handbook of productivity”, you might lose golden ideas.

Not surrounded by walls or place to stick your notes? Buy a small handbook!

The first tricky routine is to know your place, period. Under stress, people work like headless chickens. They put stuff around, put unfinished things on a side, throw crucial papers in the trash and simply block their minds from the work. Work under stress is rule number one why your place is not organized.

“If you could kick the person in the pants responsible for your trouble, you wouldn’t sit for a month.” – Theodore Roosevelt

Same goes for stress. You are the only causing stress to yourself and the only one that could fix it. How is all of this connected to the technique?

If you organize your place, and place all the stuff where they belong right after you finish with them, not only it will save you a lot of trouble, but it will throw away the “headless chicken” in you.

The routine is only manageable when you force your mind to think on this subject. Right after you finish your papers, put them where they belong, so you wouldn’t look like the guy in the picture on this post.

Thinking one step forward (at least one) is a trick you have to work on. When you grasp the routine at your workplace, you will ease your brain from stress. The next step is your prediction ability. This step seeks working experience.

When you are able to see one step forward instead of your momentum task, you will go into faster mechanism which will increase your ability to do more in less time. You will use time as much as you can.

Great productive workers think and predict every next step. They see all the options before they even exist. That’s why they are called “visionaries.”

So when you fully accomplish the routine of your area of expertise, think of the next steps. Don’t get stuck on the thing you’re doing at the moment, but also don’t lose your focus off it. It’s all one perfect routine.

And the cherry on the pie, the sundae, is to organize all the tricks. It’s just like the magician prepares the speech and the cards before he does the real trick.

Organizing the tricks is not just to go and buy the sticky notes and the handbook, but to predict how you’re going to fulfil all the steps in one big routine called a productive day.

It starts with grabbing the ideas on a paper, writing everything else on your handbook (even on your romantic dinner you may have some great ideas), take-it-and-put-it-back routine not to make a mess in your workplace, and think like a visionary.

With these steps you will be able to fully expand the knowledge and intelligence of your thoughts. Remaining the same without any growth, you couldn’t fully expand your knowledge. After all, the brain is just one big unknown mess. If we don’t do something for that, it will always stay that way.