Success is one of the most talkative, but rarely doable subjects. Why is that?

It’s because we tent to make wrong and easier choices instead of the ones that will bring us closer to it. You know you shouldn’t eat the cake in front of you if you’re on a strict diet, but self-control let temptation pass through because it feels really easy.

The distance between your personal success (whatever that is) and the situation you’re now, are couple of habits you forget or don’t even recognize. Something has to change to become different. Things don’t change if we don’t approach them differently.

The next 5 of the hardest things that are must to achieve success will give you a hard time in the beginning, but you will be highly thankful later. 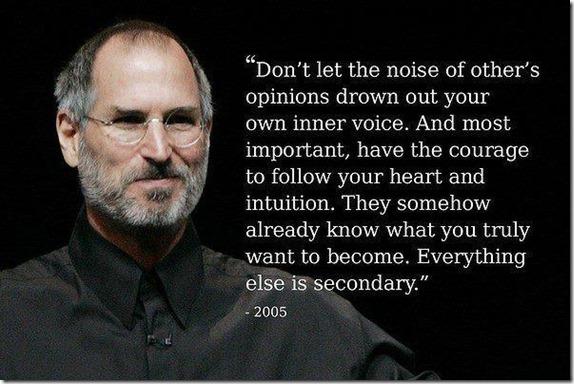 As I recently read a part of “Goals” from Brian Tracy, he talks about a crucial thing in the book, the gut feeling. As a matter of fact, it has a lot to do with the reticular cortex.

Somehow, in your mind (I visualize it as a little ant-like sorcerer) you have a part that creates solution to every problem, invents new things, connects unimaginable things, and solves everything before things even happen. It’s a magical part that silently murmurs genius ideas.

However, not all of us are so calm and silent to hear the whispers from that part. To silent the frantic thoughts we have to combine with meditation and overall knowledge of our vision. It wouldn’t whisper to us if we don’t feed that little sorcerer with crucial information.

It takes imagination, meditation and narrowed focus of what exactly you would like to become in the future. Then, it would start to mix the spells and murmur the magical solution of “how to.”

It’s not easy, it never is, but it will get easier if we learn the magic. Start doing push-ups and maybe you won’t be able to do 10. Doing them for a year, all of a sudden you will start to do 60-80 push-ups in a set! That’s how we expand. It has to be hard before it becomes easy.

Yes, you read it right. If you belong to a toxic environment you will spend your life unproductive, switching from failure to failure, and everything will be miserable. Then you may think “you’re an introvert.” No, you are person who is in the wrong environment. You are individual who still haven’t found your soul mates. People believe in flying spaghetti monsters …

This may be one of the hardest things to do. You’ve spent years with people with whom you’ll have to cut the cord in a day. It’s never easy to let go of habits, even if you’re aware they are not bringing any growth.

Step aside and let it pass through. Then you will be obsessed with the person you really are. You will activate your gut feeling and you will attract every tiny positive achievement. The right people will come, financials will flow, and happiness will surround you. Everything changed because you let go of people polluting your life. I encourage you to think about it.

3. Be proud of failure

Failing is really hard. No one in the world wants to fail.

However, failure has one tricky part too. Lack of success is part of success. The deepest knowledge to succeed lies in learning from failure.

In the end, it will turn out that you will be proud of failing. You will see back and enjoy every piece of failure on the way. It’s who you’ve become because of it and know that you will fail again because there is no such a thing as perfection.

4. Clear your hardest task as soon as you can

If you define your schedule, you will realize that from 10 tasks, only one or two of them are highly important. Others will only be a part of those one or two.

Our lazy brain is responsible for procrastination. The good news is that it’s your brain and you control it.

For this hell-of-a-hard task you are going to step out of the easy. The first time may be the most exhausting. After finishing the hardest task, you will have a sense of reward that you did a great job by yourself FOR yourself. It will infuse a sense of gratitude and self-satisfaction.

If we let the brain decide our future without feeding it with new (a bit harder habits) we will never see success. And not one door will be open on our way on it. Even if it does, we will miss it because of wrong perception.

So the next morning, on your to do list, just try it once. Start the morning and execute your hardest task. You will spend the entire day finishing small tasks after you slay the big monster.

It may sound like an easy job, but as you perceive how you spend your whole day, you will conclude that you are overflown with chit-chat about people instead of ideas. We do it unconsciously. We talk about people more of the time.

It’s really easy to have opinion of others. Even if it’s good opinion, one thing is important: none of it is your business unless it’s about your kid, family, close friend or someone concerning your business. If all the mindless trash talk about other people wouldn’t exist, the planet would be overflown with highly successful people. They would talk about ideas, they would DO instead of wonder how to do, and they would take action in small and big tasks.

The world will become better place if we focus on creations not concerning people or money alone, usually a vision to make the world healthier place, cleaner, or a place with more positive energy.

If you have something to add, I would gladly receive it in the comments!