I don’t say school was awful, on the contrary. It was a wild journey.

But school is for wanting to learn crucial things to push you forward in life, to form you, instead of wanting to skip classes and wish you were sick (until you really are) and reconsider otherwise.

We are not shiny flowers, but in my opinion the system is clearly made too flat. Okay, you learn to read and write, but when you grow up most of the things learned in school are not important. And then again, you learn logical thinking by solving math “watermelon” problems, but working a real life job consist way more different puzzles than a math problem. It’s actually simpler.

Let’s skip the intro and stretch the actual 7 things I wish they taught me in school. I firmly know I would be way more further than I am now, knowing the things below earlier. 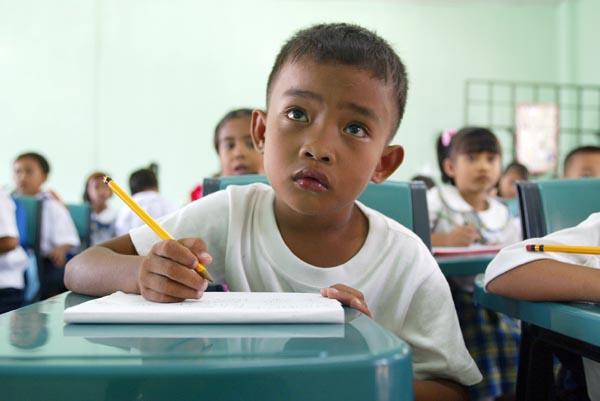 If I knew that science is way more broad than just a baloney discoveries back in the days, I would of been 18 years old with the same way of thinking I am right now.

The reticular cortex is something like transmitter to your goals (how it fully works). It’s a little pen-like section of the brain that deletes most of what you hear, see and feel.

As you adjust your focus from one thing to another, you delete shifts as well. The reticular cortex determines what to delete, but you have to decide what you don’t want to delete.

If that points out to be your goal, the reticular cortex will employ your world with that.

If you don’t want to obsess with baloney things that will never cross your way in life, you must take overall control in your life. You wish you knew this earlier, eh?

2. Failure and Mistakes are must in every sphere

I wish I had a motivational speaking class in school. If we were instructed to keep doing until we succeed, not until we learn something just to get a better grade, we would learn the broader part of the philosophy of success.

Until I turned 20 I thought that the first mistake means “not for me.” The exact “not for me” kept me away from my dreams so long. If there weren’t motivational legends like Brian Tracy, or Napoleon Hill I would still live my reality in the “not for me” world. I’m truly glad (however late) that I know what mistakes and failure are. Knowing this earlier would be great revelation.

I wish my teacher told me this sentence emotionally with deep meaning (and maybe with a bit of explanation with it.)

The Pareto principle (also known as the 80–20 rule) characterizes that, for many events, roughly 80% of the effects come from 20% of the causes. It simply means that 80% of your time you do things that will never give effect to your life.

I personally think most successful people get the knowledge to focus on those exact 20% and give more credit to them. It would be smart to follow the advice on life from the leaders that didn’t look like they even did the 20% of the principle back in the days.

Parkinson’s law is the “adage” that work expands so as to fill the time available for its completion. It’s a clear statement that means the time we give to complete something will be the exact time the task will be done.

For example, if you place a thought in your Reticular Cortex (see number one) to complete advanced Spanish language in three years, that will be the reality in your world. Most probably it would take three years to “habla espanol”.

But if you give yourself one year to complete advanced Spanish language courses, you would probably do it in a year. It’s all about giving commands to your brain. It’s a global law.

Okay, I admit it. We were selected in groups in most activities, but it doesn’t work the same individually.

When we select things in groups instead of putting everything in a whole, we have extensive time to finish tasks precisely. We simplify the play in several sectors. From that point, the focus is clear on the whole by looking at the dots.

Math problems are great reminder that giving the answer on a “circling” problem cannot be solved by an actual example. At least I was always too far from all the given numbers!

When you say “be positive about it” gives a flat motivation. And by the way, who told you to be positive in school? I’ve never even heard the word “positive” when I was little. It’s not some kind of new made-up thing, right?

Returning on the first one, being positive about things is not just a simple sentence. It’s an attitude that determines your way of living. It is much more deeper than just a flat motivation. It’s a way of life.

Your position of stance should be straight spine, chin up, and eyes always looking directly in the participant eyes. No one told me that I could influence people without saying a word!

I would be glad to hear your “wish you learned in school” in the comments section!