Legend was born in the hour of the Dragon, between 6 and 8 a.m. in the year of the Dragon on November 27, 1940 at the Jackson Street Hospital in San Francisco’s Chinatown.

“Bruce Lee had the ability to snatch a dime off a person’s open palm before they could close it, and leave a penny behind.“

Aside from his astonishing physical possibilities, he was incredibly motivational speaker for life in general.

The next Bruce Lee quotes will expose his abilities to keep inspired and motivated mindset through his 32 years of life. 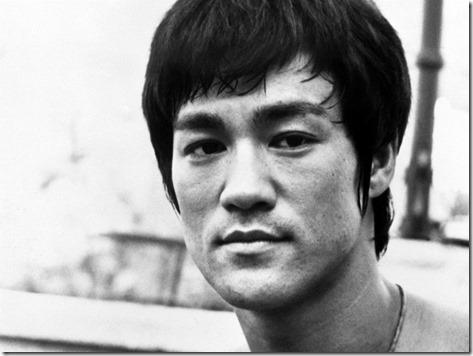 As he was, a unique individual, he lived his life as one. He was his own world.

Diving expectation to you instead of others, will make you an individual that uses time on self-improvement. If you expect nothing from nobody, you could never be disappointed. Expectations ruin reality. At least your reality.

Never waste your time on expecting things from people, for time is what life is made up of.

Vast number of people around you, don’t even love life. They don’t know that life is a “span of time” given to everyone, meant to be used as much as they can, doing the things they love (at least enjoy) doing.

You are surrounded with difficult times which you must endure. That’s what is going to separate you from all the weaklings around.

If you love your life never waste time, for one day there won’t be any. Don’t dare to join the top 5 regrets people make on their deathbed.

3. “Ever since I was a child I have had this instinctive urge for expansion and growth. To me, the function and duty of a quality human being is the sincere and honest development of one’s potential. “

Ever since I read this quote, years ago, I questioned myself something. Am I doing things to grow, or I am just in the mechanism of sameness and monotony? Ask yourselves.

Many of us fall in the daily routine of sameness, and many things that never increase any expansion and growth.

Unless you like doing same things every day, try to be better than yesterday. If you train, train harder, if you work, work harder. Take time to rest, but when duty calls exhaust yourselves, for that is what brings growth.

4. “Do not pray for an easy life. Pray for the strength to endure a difficult one”

Pray for your determination to face times of adversity. Easy life has no energy. Become so powerful, that difficulties would be an easy job for you. Then you can challenge yourself to become stronger and bear bigger difficulties on your shoulders.

It’s a paradox. The beginning is the hardest, and as you grow, you become competent to bear more tough times with ease. The first thing to do is to encourage yourselves to endure difficult life.

5. “If you always put limit on everything you do, physical or anything else. It will spread into your work and into your life. There are no limits. There are only plateaus, and you must not stay there, you must go beyond them.”

This was probably one of the first crucial beliefs of Bruce Lee. He believed that literally there are no limits. He also said that “Long-term consistency trumps short term intensity.”

As you travel, look through your read windows. You will see a lot of plateaus and imagine that as your life problems. The hill is a metaphor of your problem. It is bearable if you choose to climb it.

There are no limits. Not to anything. Just remove that from your mindset and you are half way across border line of limitations.

As many philosophers and geniuses state, doing and applying is the 1st and foremost essential to living life you’ve always wanted.

Everything you want to become seeks your body movement. Nothing is done only by psyche. The strong psyche does, while the weak only keep thoughts without any action.

Challenge yourself to do action most of the time. Imagine a clear goal of A to B and the 10 steps you have to do to complete it. It’s as easy as pouring and eating cereal:

It is really as simple as that, but on a higher function of the mind, because no business and goals are serving and eating bowl of cereals.

7. “Simplicity is the key to brilliance.”

Bruce believed in simplicity which I highly connect to action and doing things physically. Simple things are easiest and the hardest. Again a paradox.

Execution of goals takes simple steps of action, as we said before. Now, when you do things simple, on long period of time, they look genius and become big things. Running a marathon is simple. You just have to run (sometimes until the last sweat you have) but that’s just about it. It’s a big thing running a marathon, but it’s only done by preparation and running, two simple things.

You just need to force your mind to do those simple steps.

Kicking a wall with single punch for 10.000 times will break down the wall. You can literally break down a wall by kicking it for thousands of times.

However, the point is to strive for perfection on one thing, rather than spread the energy on dozens of things without reaching any goal in either of them.

Do one thing at a time. Ask yourselves questions that will free your mind, and pursue you answers.

9. “A goal is not always meant to be reached, it often serves simply as something to aim at. “

This is the part where failure is the part of success. Bruce did fail in many things in life, and that’s when he learned: all goals will not always be achieved. That means we need to be persistent and approach the next one (or the same) with different point of view.

There is one beautiful poem by Rainer Maria Rilke: The Man Watching:

Whoever was beaten by this Angel
(who often simply declined the fight)
went away proud and strengthened
and great from that harsh hand,
that kneaded him as if to change his shape.
Winning does not tempt that man.
This is how he grows: by being defeated, decisively,
by constantly greater beings.

10. “The key to immortality is first living a life worth remembering.”

Coming back to the time. Bad news is that we are limited, and time will pass.

Few days ago I talked with a cab driver, and when he said: “It was like yesterday I was in the army” (which according to his age was 30 years ago) it felt really painful and motivating to acknowledge that time is limited, but from another point of view.

Think about your life and you will see that time passed in a blink of an eye. Everything moves too fast, but what stays is memories worth remembering. Strive more for those things. They are eternal!

What would you silently “steal” from his point of view?