Being a real man in the wilderness is hell of a job. It’s not just having a testosterone. And damn right this world is a wilderness, albeit a very sophisticated one.

It’s a way of focusing what’s more important and performing the right tasks rather than bringing the easier choices first. Imagine it as a habitual push. You have to do it, or it will weight down inside your soul. Martin Luther King explained it very shortly in a quote:

“Our lives begin to end the day we become silent about the things that matter.”

It’s a moment of choice that make a man and being silent about it will make you a whip, face it. That’s the truth!

The next 12 rules that create a real man will induct the daily habitual choices we have to endorse and throw away everything we know is wrong. 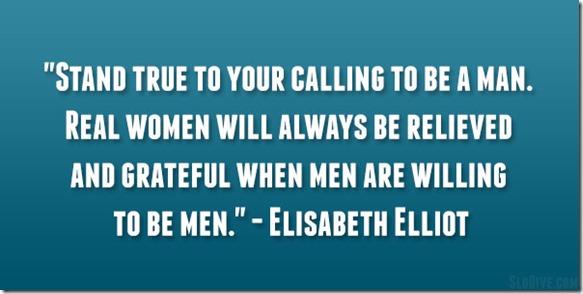 1. “Punch your chest” in a conflict

We all know what a wimp does. He always avoids a conflict that he knows it will start to ember, or worse, agrees with the participant. If you know you are right, and community go against it, be prepared to stand before it. It’s how Mahatma Gandhi became his true self.

Don’t seek for it, but don’t avoid it. Stand your principles.

2. People’s setbacks are not for the best

When in a situation of grief, don’t try to gentle another guy’s loss. It’s not a solution to poor a water on a fire, but to see what caused it. Crying is mannish. So is swallowing what’s bitter in the cup. There is no growth without conclusion. Some call it “a lesson.”

3. If you think your life is a dress rehearsal, think twice

It is disappointing to look back sometimes. Even if you ask a 85 year old grandpa he would say, “It seems like yesterday I was in the army.” It is both, sad and motivating to know that it’s never enough. Not even after 31 thousand days!

Life is happening now. Better grab that bitter truth, or you will regret your “it was like yesterday” story.

Although I am not an expert in this section, I want to share one opinion from Men’s Health:

We may be heaving traditional gender roles over the gunnels, but this chivalric directive still stands and will stand, as long as we’re stronger than the girls. (Please, tell us you are!) One exception: If you’re about to have your professional throat cut by a colleague in a wrap dress and kitten heels, show no quarter. Otherwise, you were designed to shelter the curvy and protect the small.

5. You would have to swallow things you don’t cherish

Interest rushed like a hurricane in the health industry. People pay to get the products on the shelf acknowledging after years that “maybe” they are carcinogen. That “maybe” will kill millions of people in the world because it came with a shiny “greeny” pack. No, and No! Broccoli will stay broccoli and spinach will stay spinach.

Face it. Think on long term results, rather than short term satisfaction.

Although, Crazy Horse, a chief of the Lakota Sioux took his army on the battlefield with this sentence. He used it to encourage their will to fight.

If you’re not afraid to die, or on the contrary, you approve that day as “today,” what would you do? Exactyl! Everything you ever wanted will squeeze in one day.

Only imagine your achievements if you reminisce this sentence every morning as your general truth.

7. Life is an ocean and love is a boat

Jumping from one place to another, you can’t avoid love. It’s a guidance and a compass too. It softens a women, it hardens a man.

You can’t choose too. It’s a feeling and chemistry that blinds two people.

Off the record, if you think the world is full of water, find your boat and cruise.

8. “True nobility is exempt from fear.”

This is the tricky part about fear. It contains hidden outcome after. And that fact will always make it more interesting to bear.

Stand in the back or be the star! Weapon doesn’t necessarily means lethal thing. It can be a microphone, paint brush, or a psychical thing. Some have more self-confidence than others, some are more physically attractive. No one is perfect, but we all have some secret weapons that needs to be picked up and used as perfect as we can.

10. Scary is part of the equation

If you’re not scared you don’t grow. You only do the things familiar to you.

Scary is also a dream coming true. That’s why we have to aim high. Behind those dreams are hidden thousands of scary moments that depend on our gut-feeling solutions.

Fear boring life, because as we said: yesterday will always be a short span, or a year ago, or a decade, even 50 years …

11. Execution instead of conclusions

“Today I had an idea that I am sure will make me a millionaire, but it takes a while. So instead, I will keep it to myself and never do anything about it. I am just a regular guy.” Yeah, we all have these stories …

If we only sharpen axes to keep it in the basement, well never get to know how wonderful is to yell Timber, right?!

Get to execute your ideas, or don’t even waste your time on sharpening.

Don’t you dare to lose all your energy trying to understand humanity, or tinier, one human being. It’s miracle, something we can only explain uniquely.

Someone being a jerk for you, will turn out someone’s love, or worse case in your mind, someone’s father! But that’s the negative point of view.

People are awesome, and at the same time, miserable. As Hermann Hesse states it: “You can find Buddha in the gambler, and in the ascetic.” We are all perfect imperfections. The thought is small a thing. That’s why we act on life, here and now!