Today, most industrialized countries boast life expectancy figures of more than 75 years, according to comparisons compiled by the US Central Intelligence Agency.

In a world with continuous growth in medicine and science, nothing seems to be impossible. One minute it’s fantasy, and the next one it becomes reality. Does this include “the fountain of youth” using stem cells?

Although many genetic and medical treatments successfully increased the average human life expectancy, these treatments, however, have yet to increase lifespan over a hundred years. 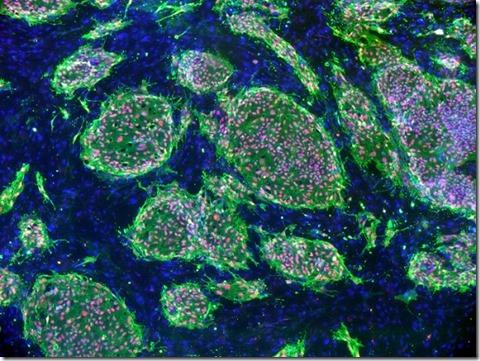 This statement may no longer hold true in the future. In a recent issue of Nature Communications, Mitra Lavasani, et al. (2012) conducted an experiment involving fast-aging, genetically engineered mice. These mice have a usual lifespan of 21 days. A few days before the mice reached their predicted maximum life span, the injections were delivered at the Institute for Regenerative Medicine in Pittsburgh. The results were astounding. The elderly mice lived approximately 70 days – three times their normal lifespan. In human terms, that would be the equivalent of an 80-year-old living to be 200.

The results of Lavasani’s study indicate that MDSPC (muscle-derived stem/progenitor cells) function is adversely affected by aging. Since the transplantation of functional MDSPCs was sufficient to rescue MDSPC dysfunction and extend the health span and lifespan of progeroid mice, investigators suspected that MDSPC dysfunction might have direct contribution to age-related degeneration.

Numerous other studies have provided evidence that the number and/or function of diverse adult stem cell populations decline with aging. However, these correlative studies do not rule out the possibility that the decline in the stem cell population have a causative role in aging.

With these results, it is reasonable to conclude that MDSPCs may have therapeutic value for delaying age-related functional decline in human progeria. It will be of great importance to test other adult stem cell types for a similar therapeutic effect.

This is a huge breakthrough for medicine because it will not only extend the life of humans in the future, but will also delay symptoms correlated with aging.

The point of this article is to show that medicine and science are going way too far out of the borders, proving that one human can too, cross the borders off his comfort zone and limits.

There are no actual limits. Doctors and scientists said that 4 minute mile was mission impossible for runners. They said that the human body would burst below that time. Until 6th of May 1954 the myth stood a chance, but not for Roger Bannister.

We do all look for challenges especially when we are young, and I was very glad that it could be done on the Oxford track.” – Roger Bannister

If something blocks your brain, just think that many people do things. Rather than intercepting your horizons, start to demolish the boundaries of your imagination. Everything is possible, even me and you living for 200 years.