Sigmund Freud born on 6 May 1856 – 23 September 1939 was an Austrian neurologist, now known as the father of psychoanalysis.

He explored the human mind more vastly than any other before him.

His contributions to psychology are extensive. Freud was one of the most influential people of the twentieth century and his enduring legacy has influenced not only psychology, but art, literature and even the way people bring up their children.

Psychoanalysis is often known as the talking cure. Typically Freud would encourage his patients to talk freely regarding their symptoms and to describe exactly what was on their mind.

The father of psychoanalysis viewed life in such a unique way no other man saw.

Here are the 22 wise quotes from the father of psychoanalysis: Sigmund Freud. 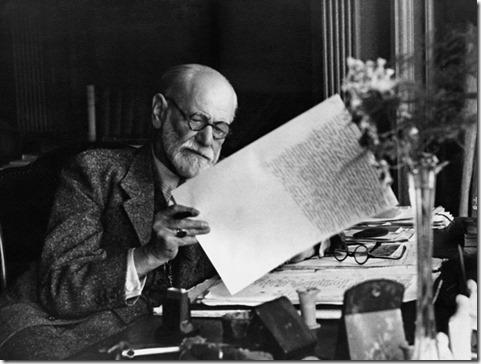 1. Being entirely honest with oneself is a good exercise.

2. He that has eyes to see and ears to hear may convince himself that no mortal can keep a secret. If his lips are silent, he chatters with his fingertips; betrayal oozes out of him at every pore.

4.The goal of all life is death.

5. Flowers are restful to look at. They have neither emotions nor conflicts.

6. The voice of the intellect is a soft one, but it does not rest until it has gained a hearing.

7. The first human who hurled an insult instead of a stone was the founder of civilization.

10. The mind is like an iceberg, it floats with one-seventh of its bulk above water.

12. Children are completely egoistic; they feel their needs intensely and strive ruthlessly to satisfy them.

14. I have found little that is ‘good’ about human beings on the whole. In my experience most of them are trash, no matter whether they publicly subscribe to this or that ethical doctrine or to none at all. That is something that you cannot say aloud, or perhaps even think.

15. What progress we are making. In the Middle Ages they would have burned me. Now they are content with burning my books.

16. The liberty of the individual is no gift of civilization. It was greatest before there was any civilization.

17. The goal towards which the pleasure principle impels us – of becoming happy – is not attainable: yet we may not – nay, cannot – give up the efforts to come nearer to realization of it by some means or other.

18. Men are strong so long as they represent a strong idea they become powerless when they oppose it.

19. The psychical, whatever its nature may be, is itself unconscious.

20. The interpretation of dreams is the royal road to a knowledge of the unconscious activities of the mind.

21. The conscious mind may be compared to a fountain playing in the sun and falling back into the great subterranean pool of subconscious from which it rises.

22. We are never so defenseless against suffering as when we love.