Tragically, most of the foods we buy are highly processed and loaded with sugar, fat and salt.

As much as Americans like to pretend to worship at the altar of kale, many of us are cheating with chips, a new study by The American Journal of Clinical Nutrition suggests. 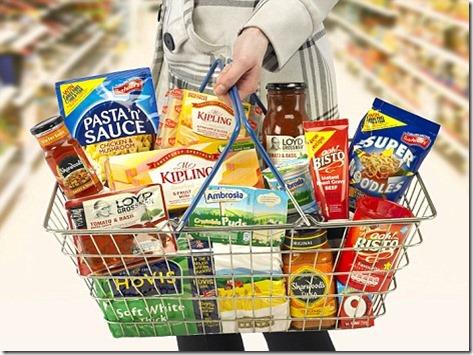 Americans like junk food so much that 61% of the food they buy is highly processed, according to a research. And almost 1,000 calories a day of person’s diet come solely from highly processed foods.

Not all processed food is the same, however. The USDA classifies processed food as any edible that’s not a raw agricultural commodity, so even pasteurized milk and frozen fruits and vegetables count. “It’s important for us to recognize that a processed food is not just Coca-Cola and Twinkies—it’s a wide array of products,” says study author Jennifer Poti, a research assistant professor at the University of North Carolina at Chapel Hill.

So in the first study of its kind, researchers scrutinized diets by analyzing a massive set of data of the foods Americans buy while grocery shopping. The stats came from 157,000 shoppers, who tracked their edible purchases with a barcode scanner from 2000-2012, for anywhere from 10 months to 14 years.

Using software that picked out words in the nutrition and ingredient labels, the 1.2 million products were placed into one of four categories : minimally processed—products with very little alteration, like bagged salad, frozen meat and eggs—basic processed—single-ingredient foods but changed in some way, like oil, flour and sugar—moderately processed—still recognizable as its original plant or animal source, but with additives—and highly processed—multi-ingredient industrial mixtures that are no longer recognizable as their original plant or animal source.

The favorite categories are those last two. More than three-quarters of the calories came from highly processed (61%) and moderately processed (16%) foods and drinks in 2012. Best-selling products were refined breads, grain-based desserts like cookies, sugary sodas, juice, sports drinks and energy drinks.

To be clear, the researchers aren’t pooh-poohing processing, per se. “Food processing is important for food security and nutrition security of Americans,” Poti says. The study wasn’t able to capture the full spectrum of our diets—loose spinach doesn’t come with a barcode, after all—and the authors acknowledge that food purchasing doesn’t always directly translate to dietary intake. But the results suggest that we might want to swap some bags of chips for, say, cans of beans. “Foods that required cooking or preparation”—like boxed pasta and raw eggs—”were generally less than 20% of calories purchased throughout the entire time period,” Poti says.