It turns out that the first time Spielberg applied, he got rejected because an admissions officer deemed his C level grade average too low.

He tried again and got rejected again. This is Steven Spielberg we’re talking about — the most notable filmmaker of the new Hollywood generation!

Even after a third and final attempt, Spielberg was denied admission. 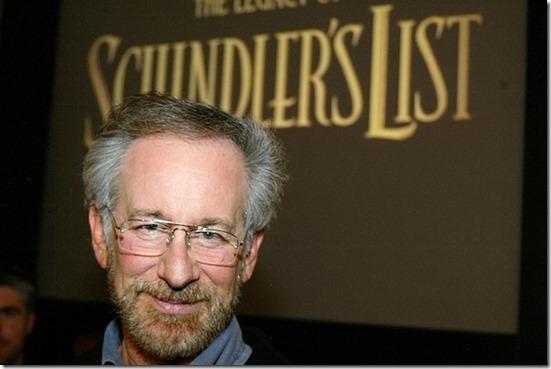 Seeking his education elsewhere and applying himself full force into the industry, the man went on to direct Jaws, E.T.: The Extra Terrestrial, the Indiana Jones series, and a host of other critical and commercial successes.

Spielberg is now worth over $1 billion to his production company Dreamworks.

So how did Spielberg take the rejections he faced from USC and turn them into a blockbuster career? Easy, he wasn’t lazy, he had a good attitude and he worked hard for it.

Striking? Not really, but Spielberg’s know-how does have a lot to teach those who are struggling to make a career in film.

It’s easy to become jaded as a freelancer with all the rejections or simple no-replies. I have been through it the past year and the poison that spreads is laziness and a lack of passion. After sending out so many responses to job offers, you can settle into an attitude of disappointment.

Don’t let this affect you.

So maybe you’re not the next Steven Spielberg, but you don’t have to be, since success is what you make of it.

For you, that could mean working low budget indies the rest of your life on a decent income.

For others, they want all the footlights of working through the ranks in Hollywood.

Steven Spielberg could’ve gotten lazy, but then we wouldn’t have movies like Schindler’s List. Bottom line: you’re never going to get what you want by becoming lazy.

It’s tough to do, but eventually you have to overcome the disappointment and the feelings of failure and regain your passion. What if Spielberg had decided that after three rejections, maybe he wasn’t cut out for the film thing after all?

He very well could have, but do you know why he didn’t?

Because he loved film. He was passionate about it. He was driven to make great movies.

He didn’t do it because he wanted fame. Or get rich. Or mingle with celebrities.

Those were all results of his marvelous career, but what got Spielberg up each morning to send letters to USC in spite of rejection was a simple love for the art of filmmaking. To him, USC was the chance to become better at his craft.

Whether you’re a PA, a grip, a camera assistant, or an aspiring director, there is a passion that exists in all of us to contribute to the art of filmmaking.

Don’t let go of that.

Instead of deciding that you shouldn’t apply to any more jobs because of rejection, decide that you will send more resumes out in spite of the rejections.

That’s what Spielberg did. When he was told “no” he wouldn’t accept it.

When you turn negatives into positives, even the bad news has a silver lining attached and you can push yourself even further.

A good attitude in your mind and unprecedented passion in your soul will push you ahead in this industry over those who may have settled too comfortably into the “job.”

This isn’t a job. Rather, it’s a lifestyle and a career.

Step 3: Make your eventual success, enjoy it, and share it

So after being rejected three times by USC, why did Spielberg decide to donate money? To teach a class? And how did he earn his honorary degree?

It was a long road that required years of Spielberg going to a different college, dropping out, getting a job at Universal and making multiple short films until one was finally noticed by an employee of the studio. Even after that, Spielberg underwent tremendous pressures putting together the films that built his career.

Once he gained his success, Spielberg was invited by USC to accept an honorary degree. As a cherry on top, he said he would only accept if the person who had rejected him signed the degree themselves.

One signature later, Spielberg was a USC Trojan.

With his acquired success, Spielberg began to donate money to the school to help the generations of filmmakers set to inherit the artform from him.

Don’t expect to have success land in your lap; you need to make it. And once you have it, you won’t have to prove how good you are anymore (you can have other people do it for you — like Spielberg did). Instead you can enjoy your success.

But Steven Spielberg took this a step further: instead of gloating, he accepted his degree and started to pass the craft onto others.

Spielberg turned his success into an opportunity to share and helped others who, like him, had faced rejection.

Once successful, you will have the chance to help others in a position similar to what you are in right now. Seize it and share your knowledge.