We are all capable of changing our lives for the best once we build the good habits to get us there. For example, you can spend 10 years eating unhealthy foods and that will cause you to gain weight. Does that mean you’re doomed to stay overweight? No. All it takes is forging a new habit that defeats the old and creates a new change in your life.

Of course it’s going to take some mental capabilities to get there. You can’t eat unhealthy for over a decade and expect to lose all that weight within a week. But hey, every Thanksgiving Dinner requires a little hard work while gathering the recipe and I have the right ones just for you.

1. Don’t Compare Yourself to the rest of the world

People live most of their lives comparing themselves to others. It normally starts off at a young age and it gets worse as they grow into adults. There’s usually an infinite amount of areas you might compare yourself with on a daily basis. Whether it’s based on looks, income, or status most people do it in one way or another. But comparing your car to your neighbor’s won’t do nothing more than build resentment between yourselves.

Kill this habit by becoming aware of your own success and victories. Have you ever passed an exam before? Congratulation! You graduated High School? Awesome! And let’s say you want to break down your success into unique experiences? Did you ask that cute person out or get their number? Great! You did something most people are afraid to do.

The point is this, when you compare yourself to others, you’re stressing your mind because you end up questioning your own life decisions and abilities. You lose focus to what you should be doing and start a petty competition that never ends. No one’s perfect and someone will always have something better or greater than you. All you can do is accept it and move on because in reality there’s someone else in the world who dreams to be in your shoes.

2. Party about your Failure and ignore your success

Life is strange on the aspect of success and failure. Where success makes you feel like the king of the world, failure makes you feel like a rat in the bottom of a trashcan. As tempting as it is to want to celebrate your success and victories, people walk dangerous path believing they’re king of the world. They assume nothing bad can happen to them as others give them compliments, money keeps feeding into their pocket, and they’re doing well in the career.

But as you probably already witnessed from either celebrities, entrepreneurs, or your neighbors, success is a toy that can easily break if you don’t keep on your feet. You don’t have to roll your eyes whenever you pass an exam or achieve a difficult victory, but don’t assume you’ll be set on the happily ever after motion. Never take on the belief that it’s impossible to lose and whenever you do fail something, embrace it with open arms.

Sometimes we hat hugging our failures with passion because we are lowering and torturing own self-esteem. But the longer you take responsibility for your failures and contemplate on how to make things better, the easier it is to make the necessary changes in your life. After all, you rarely learn anything from a victory than from a defeat. 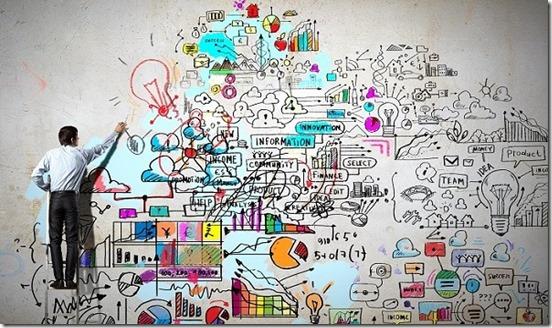 3. Don’t Expect the World to be given to you

A common belief that’s spread across the globe for many individuals is the right to be entitled. After being given so much throughout their life, they automatically rationalize a belief that can send them towards a dark path. Life isn’t fair. That’s the most simple way to say it. There’s someone getting mugged right now while someone else is winning the lottery.

We both can’t expect the world to be given to us because our family said we were special or we received good grades in school. The harsh truth is people will always look at what they could get from you. Your value is determined based on what others think of you. This doesn’t mean if the whole world think you’re a dirt-bag that it makes it true. You can be the nicest person in the world, but that won’t be what win over the love of your life or finalize that new business proposal.

Respect, admiration, and followers come to you based on what they can possibly get from you. Whether they want your friendship because you’re funny, your love because of you provide intense passion, or your time to get work done, everyone is looking to get something out of you. And don’t automatically oppose on this because you’re just the same. There’s nothing wrong with trying to get something from another human being because it all goes into a trade of value. But when you expect other people to only provide you with their value without giving nothing in return, it makes you selfish.

Successful people don’t make themselves bitter when something doesn’t go their way. They get motivated to take action and change their life. They’re aware others want something from them and will give them even more than expected because that’s what makes other people think of them as amazing beings.

Success and happiness aren’t gifts you can receive from others unless you’re willing to give something in return. Nearly anyone, whether in show business, an entrepreneur, or a college student succeeds because of their kindness, dedication and giving.

4. Manipulate Your Own Luck to Work In Your Favor

People often speak about the concept of luck and whether it’s a real concept or not I tend to be iffy about the subject of luck unless I’m taking a test, but I actually discovered there was a way to increase your luck. (And it actually has science in it.) How? Richard Wiseman, a psychology professor, created a “luck school” to determine if there was a way to increase a person’s luck by simply forcing them to behave in the following manners:

And to a shocking conclusion, nearly 80 percent of his participants had noticed over a 40% increase in their luck pattern by the end of the session. To give a brief lesson on what Wiseman taught them, we will list the basic concept to increasing your luck with these simple steps:

1. Since your behavior pattern is a prime product to where your luck goes, begin opening your mind to new ideas, experiences, and any opportunity that presents itself to you.

2. Be more accepting of new changes that place you in an uncomfortable position. Trying new things outside of your comfort can lead you to meeting new people and opening new opportunities that never existed before.

3. No one likes a downer or a party pooper. Lucky people never allow the bad things in life dictate their emotions and respond to disappointment with an accepting smile. Complaining does nothing for you. Instead, take constructive steps to prevent failure from occurring again in the future.

4. One of Sherlock’s biggest tips was to always follow your intuition. And it’s not because it’s a pretty fancy sentence. Most entrepreneurs and leaders said they trusted their intuition when it came to making important decisions in their career and romance. Oftentimes, people already know the answer to what they should be doing, but allow doubt and fear to get the best of them.

Doubt and fear are the two components that will make you give up. (Especially when you’re taking a test.) Take advantage of what your guts are telling you and take action.

Drive is having passion and ambition for very long term goals. Drive doesn’t just last for a week or month. It can extend for years in order to turn an idea into a reality. While many people thrive to search for motivation, it only takes them so far.

People get the motivation to work out at the gym when they read a fitness magazine, a poster, or someone they saw walking down the street. However, the first signs of difficulty they encounter will cause it to plummet. There are many intelligent people around us, but that doesn’t mean they’ll ever be capable of surpassing you in terms of success and skills.

When you have Drive, it makes failures easygoing when them approach you. Where a high IQ person bottles up into a fit of depression because of a recent failure that conflicts who they are, the ones with Drive will try again from a different angle. People with Drive are determined to get their goals completed because they’re willing to fail, be wrong, and overcome their missteps.They’re focused on following a certain passion and won’t allow the small brittle of life restrain them.

Science still struggle to discover an effective method to make anyone automatically convinced to get Drive so they may achieve a goal in the long run because it requires manipulating one’s emotions. You can’t gain the Drive to be a Doctor until you know the exact reason for it. You can’t buy the Drive to write a book if you don’t know what’s your true reason for doing so. Those reasons surpasses logic and reason. They reside in your emotions because that’s the source of your passion.

One of the methods helped highly successful people have been experimenting with different interests. Spend a limited time writing, drawing, learn coding, playing an instrument, or cooking. Jump from activity to activity and captivate the emotions you receive as you’re doing them. For some it will take less than a week. For others it might take months. But sitting around wondering what your passions are will never help. You need to taste those hobbies and get your hands dirty before you can make a real decision. Happiness in pursuing your passion may need to pass some testing’s.