There is actual phobia when we need to change. It’s called metathesiophobia. It’s even hard to pronounce!

It is often linked with Tropophobia which is the fear of moving. The origin of the word Metathesiophobia comes from Greek ‘meta’ meaning change and phobos meaning fear.

This specific phobia can reduce one’s will to live; Metathesiophobes often feel that they have no control over their lives owing to constant changes. S/he tends to live in the past and may also be depressed. Their phobia makes them unwilling to move, to progress or to change anything from routine. This can severely impact one’s professional and personal lives.

The fear of change is evolutionary in humans. Since times immemorial, man has liked routine. Our internal predispositions (heredity and genetics) teach us to resist change mainly to ‘always feel in control’.  But the normal fear of change becomes a full blown phobia when it is irrational, persistent and very intense.

Personal emotional distress caused by many life changes can trigger such a fear of change. A child who has experienced moving multiple times in short periods of time or the death of a family member or loved one might also have experienced changes in financial situations or lifestyle owing to these changes. This can lead him/her to resist change of any type even in adulthood.

Fear of being unable to adapt, fear of meeting new people or fear of environmental changes can also deter one’s adaptability. Insecurity and guilt are other common emotions behind Metathesiophobia.

As stated before, the fear of change is a natural survival instinct ingrained in humans. It does not make us mentally sick; it only makes us more humans. However, in case extreme Metathesiophobia, life can become very difficult. It can negatively impact one’s professional and/or personal lives.

The good news is that is up in the psyche, sadly, deep rooted.

There are 7 ways to overcome the fear of change. By doing these constantly, we can cut the roots inside our brain. 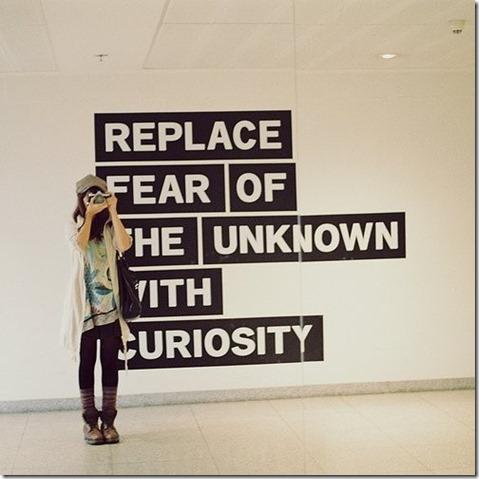 1. You’ll never have all the information

We often avoid making important decisions because we want more information before we make a tough call.

Yes, it’s certainly true that you need to do your research … but if you’re waiting for the crystal clear answer to come to you, then you’re going to be waiting a long time. As humans, we are curious creatures and our need for information can be paralyzing.

Life is a series of guesses, mistakes, and revisions. Make the best decision you can at the time and continue to move forward.

2. You need to have enough courage to trust yourself

We make all sorts of excuses for not making important changes, but the limiting belief that often underlies many of them is that we don’t trust ourselves.

We think that if we get into a new situation, we won’t know what to do or how to react. We’re worried that the uncharted territory of the future will be too much for us to handle.

Give yourself more credit than that.

You’ve dealt with unexpected changes before! And The loss of your job, the death of a loved one, natural disaster, lost friendshipIn, how did that end up?

In the end, you were just fine.

Have enough courage to trust yourself. No matter what happens, you’ll figure out a way to make it work.

Sometimes we need to be thrown to these situations reluctantly. It those moments, we see our true selves.

3. What’s the worst that could happen?

Like jealousy, most of your fears are created in your own head.

When you actually sit down and think about the worst case scenario, you’ll realize that there are actually very few risks that you can’t recover from.

Ask yourself, “What’s the worst that could happen?”

Once you realize the worst isn’t that bad, you’ll be ready to crush it, and even to make few rejections more.

4. It’s just as much about the process as it is about the result

We’re so wrapped up in results. We worry that if we start out towards a big goal, then we might not make it to the finish line.

Guess what? You’re allowed to change your mind.

Furthermore, just because you don’t reach the final goal doesn’t mean you failed. You chose the goal in the first place. It was arbitrary. You’re allowed to choose a new goal halfway through. Failure is not a destination and neither is success.

Enjoy the process of moving forward.

If you’re on the fence about a big decision, then you might be worried about getting locked into a position that you can’t escape from.

Think about it a different way. New choices rarely limit your options.

In fact, new pursuits often open up even more opportunities. One of the best things about going after important goals with passion is that they open up chances and options that you never could have expected in the beginning.

If you pursue the interesting opportunities that arise along the path to your goal, then you can be sure that you’ll always have choices.

J.K. Rowling, Harry Potter author (until 31 was single mom on a welfare.) That made her succeed!

6. Effort matters, so use it

It sounds simple, but one of the of the big reasons we don’t make change is because we don’t try. And we don’t try because then it’s easy to make excuses for why we don’t get what we want.

Flunk that test? Are you stupid? “Of course I’m not stupid. I just didn’t study. I would have got an A if I actually studied.”

Stuck in a job you hate? Why haven’t you found a new job yet? “Well, I haven’t really tried to get a new job. I could totally ace that interview if I wanted.”

You’re obese? Why don’t you work out? “I really don’t have time to work out, but if I did workout like you, I would’ve had a perfect body.”

Why do we make excuses like these to ourselves? It’s because if we try and fail, then we just failed. But if we don’t try, well then we can chalk it up to laziness.

Get over it. Failure happens to everyone.

And the funny thing is, if you actually try — because it’s pretty clear that most people aren’t trying — then you’ll win a lot more than you think.

7. Start with something manageable

You can’t climb Everest if you don’t try hiking beforehand.

Maybe applying for your dream job seems intimidating right now. What can you start with today?

Can you talk to someone who already has that position and see what they think makes them successful? Can improve your skills so you meet one of the qualifications?

You don’t need to be a world changer today, you just need to make a small change in your own world.