Sri Sri Ravi Shankar, spiritual leader and founder of the Art of Living Program, believes peace and yoga will heal the world. In an exclusive interview with FOX 13’s Hetal Gandhi, he said his goal is to “Make as many people happy as possible.”

Sri Sri traveled from India to the United States, where he will address the United Nations to declare the first “International Yoga Day”.

However, his first stop is in Tampa, where he will lead a group of about a 1,000 people through a guided meditation at an event called “Explore Happiness” at the A La Cart Pavilion.

The city proclaimed it a “Day of Happiness” in his honor.

“Spirituality, or yoga, meditation, these are common things, service to humankind, this is where everyone can find the common ground to unite and make this world a beautiful place to be in,” he said.

He offered his condolences to the American people. “You know, people commit such heinous crime because they were never taught how to handle the rage that comes within them.”

One of his main goals is to teach people how to cope with stress. 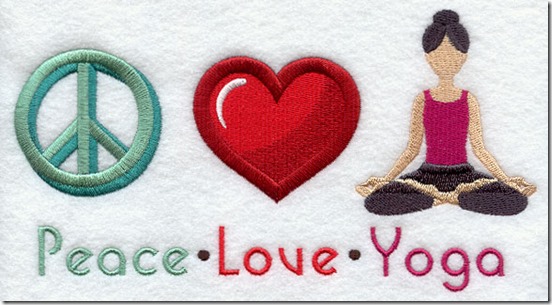 “Through breathing and through meditation, if we are able to manage our negative feelings, jealousy, anger, frustration, prejudice, our behavior pattern changes, our health becomes better, our mind gets clarity.”

Sri Sri connects with people, not just through wisdom, but also humor.

“How do you slow down? I said, just drive behind a bicycle,” he laughed.

Many of the world’s leaders have turned to Sri Sri for guidance, including Indian Prime Minister Narendra Modi, who faces the ongoing challenge of conflicts between Hindus and Muslims.

“They are fringe elements in almost every religion, fanatics in almost everywhere and they need to be reined in and it’s a big challenge. Prime Minister is doing a good job in trying to reign in them.”

Sri Sri is very clear that what he teaches is spirituality, not a religion.

“Spirituality is something different. So spirituality is like an exercise, like an attitude. It’s like a feeling that arises from within you, and spirituality is common to all human beings and it unites people of all different religions and devoid of spirituality, religion becomes like a banana skin without a banana,” he explained.

Yet his followers around the world and even outside his hotel room during his stay in Florida gather in crowds and anxiously await his presence, much like a rock star.

“If anyone honors me, I tell them, you honor yourself and everyone like you honor me,” he said.

The Art of Living Classes can host hundreds of dollars each.

He also explained that any money that is not spent to help cover the travel and costs of the program is used towards the Art of Living’s charitable projects which include building schools for children and cleaning up polluted waters.