Such treatments have a physiological basis, researchers say, and could extend a person’s healthy years by slowing down the processes that underlie common diseases of ageing — making them worthy of government approval.

On 24 June, researchers will meet with regulators from the US Food and Drug Administration (FDA) to make the case for a clinical trial designed to show the validity of the approach. 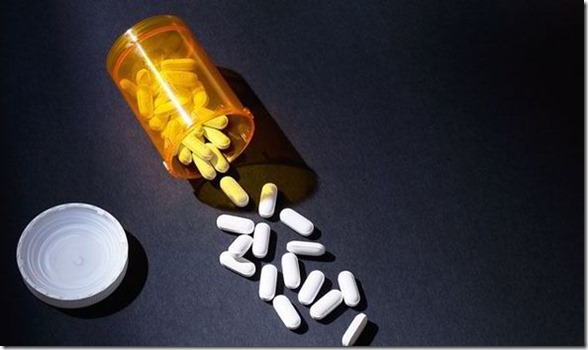 Current treatments for diseases related to ageing “just exchange one disease for another”, says physician Nir Barzilai of the Albert Einstein College of Medicine in New York. That is because people treated for one age-related disease often go on to die from another relatively soon thereafter. “What we want to show is that if we delay ageing, that’s the best way to delay disease.”

Barzilai and other researchers plan to test that notion in a clinical trial called Targeting Aging with Metformin, or TAME. They will give the drug metformin to thousands of people who already have one or two of three conditions — cancer, heart disease or cognitive impairment — or are at risk of them. People with type 2 diabetes cannot be enrolled because metformin is already used to treat that disease.

The participants will then be monitored to see whether the medication forestalls the illnesses they do not already have, as well as diabetes and death.

On 24 June, researchers will try to convince FDA officials that if the trial succeeds, they will have proved that a drug can delay ageing. That would set a precedent that ageing is a disorder that can be treated with medicines, and perhaps spur progress and funding for ageing research.

During a meeting on 27 May at the US National Institute on Aging (NIA) in Bethesda, Maryland, Robert Temple, deputy director for clinical science at the FDA’s Center for Drug Evaluation and Research, indicated that the agency is open to the idea.

“What we’re trying to do is increase health span, not look for eternal life.”

Barzilai and his colleagues eschew claims of a quest for immortality, because they think that such assertions have led to a perception that the field is frivolous and irresponsible.

“The perception is that we are all looking for a fountain of youth,” says Stephanie Lederman, executive director of the American Federation for Aging Research in New York. “We want to avoid that; what we’re trying to do is increase health span, not look for eternal life.”

Ageing research has hit bumps in the past decade, as companies marketing drugs touted to prolong life have gone bust. But organizers of the TAME trial think that the field is now in a better position because animal studies have shown that some drugs and lifestyle practices can extend life by targeting physiological pathways1.

For instance, the NIA-sponsored Interventions Testing Program, in which investigators at three sites are systematically trialling candidate age-delay treatments, has shown that a handful of interventions convincingly and reproducibly prolong the lives of various strains of mice. Those include cutting down on calorie intake and taking a drug called rapamycin that is used to prevent rejection of transplanted organs.

And researchers from the Novartis Institutes for Biomedical Research in Cambridge, Massachusetts, reported in December that elderly people develop a stronger immune response to an influenza vaccination if they also take a rapamycin-like drug2. Rapamycin, which acts on a biological pathway involved in cell growth, is now seen as one of the most promising drugs for delaying ageing, but given over long periods of time it also suppresses the immune system.

The TAME test is for metformin, which suppresses glucose production by the liver and increases sensitivity to insulin. The drug has been used for more than 60 years and is safe and prolongs healthy life and lifespan in worms3 and in some mouse strains. Data also suggest that it could delay heart disease, cancer, cognitive decline and death in people with diabetes4. Plans call for the trial to enrol 3,000 people aged 70–80 years at roughly 15 centres around the United States. The trial will take 5–7 years and cost US$50 million, Barzilai estimates, although it does not yet have funding.

Matt Kaeberlein at the University of Washington, Seattle, who is running a trial of rapamycin in elderly dogs, says that the concept behind Barzilai’s trial is sound. Even though other drugs might be more effective at delaying ageing in animal studies, he says, the many years of experience with metformin in people, combined with data suggesting that it impacts the ageing process in people, make it a good candidate for a first clinical trial in the field.

“It’s a smart way to engage the FDA in a discussion about recognizing ageing as an indication that is appropriate for clinical trials,” Kaeberlein says.