Lisa Miller is a professor of psychology and education at Columbia University. One day she entered a subway car and saw that half of it was crowded but the other half was empty, except for a homeless man who had some fast food on his lap and who was screaming at anybody who came close.

At one stop, a grandmother and granddaughter, about 8, entered the car. They were elegantly dressed, wearing pastel dresses and gloves with lace trim. The homeless man spotted them and screamed, “Hey! Do you want to sit with me?” They looked at each other, nodded and replied in unison, “Thank you,” and, unlike everybody else, sat directly next to him.

Miller was struck by the power of that nod.

“The nod was spirituality shared between child and beloved elder: spiritual direction, values, taught and received in the loving relationship,” she writes in her book “The Spiritual Child.” 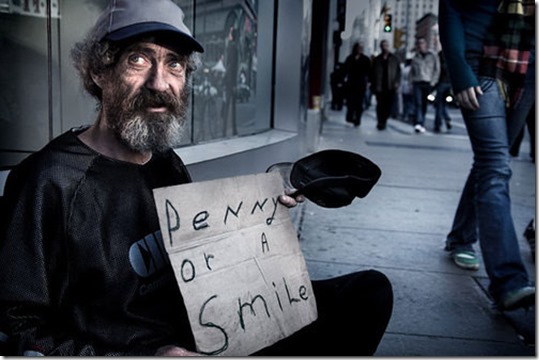 The grandmother was teaching the granddaughter the wisdom that we were once all strangers in a strange land and that we’re judged by how we treat those who have the least.

Miller’s core argument is that spiritual awareness is innate and that it is an important component in human development. An implication of her work is that if you care about social mobility, graduation rates, resilience, achievement and family formation, you can’t ignore the spiritual resources of the people you are trying to help.

Miller defines spirituality as “an inner sense of relationship to a higher power that is loving and guiding.” Different people can conceive of this higher power as God, nature, spirit, the universe or just a general oneness of being. She distinguishes spirituality, which has a provable genetic component, from religious affiliation, which is entirely influenced by environment.

Miller doesn’t pay sufficient attention to the many secular, this-world ways people find to organize their lives. Still, it does seem true that most children are born with a natural sense of the spiritual. If they find a dead squirrel on the playground, they understand there is something sacred there, and they will most likely give it a respectful burial.They have a natural sense of the oneness of creation, and a sense of a transcendent, nonmaterial realm.

Spiritual awareness, she continues, surges in adolescence, at about the same time as depression and other threats to well-being. Some level of teenage depression, she says, should be seen as a normal part of the growth process, as young people ask fundamental questions of themselves. The spiritual surge in adolescence is nature’s way of responding to this normal crisis.

Taken together,” Miller writes, “research supports the idea of a common physiology underlying depression and spirituality.”

In other words, teenagers commonly suffer a loss of meaning, confidence and identity. Some of them try to fill the void with drugs, alcohol, gang activity and even pregnancy. But others are surrounded by people who have cultivated their spiritual instincts.

According to Miller’s research, adolescents with a strong sense of connection to a transcendent realm are 70 percent to 80 percent less likely to engage in heavy substance abuse. Among teenage girls, having a strong spiritual sense was extremely protective against serious depression. Adults who consider themselves highly spiritual at age 26 are, according to her research, 75 percent protected against recurrence of depression.

Innate spiritual capacities can wither unless cultivated — the way that innate math faculties can go undeveloped without instruction. Loving families nurture these capacities, especially when parents speak explicitly about spiritual quests. The larger question, especially in this age of family disruption, is whether public schools and other institutions should do more to nurture spiritual faculties.

Public schools often give short shrift to spirituality for fear that they would be accused of proselytizing religion. But it should be possible to teach the range of spiritual disciplines, in order to familiarize students with the options, without endorsing any one.

In an era in which so many people slip off the rails during adolescence, we don’t have the luxury of ignoring a resource that, if cultivated, could see them through. Ignoring spiritual development in the public square is like ignoring intellectual, physical or social development. It is to amputate people in a fundamental way, leading to more depression, drug abuse, alienation and misery.