No one. And yet it happens. Seven billion of us allow fossil fuel companies to push shut the narrow atmospheric door through which humanity stepped. We permit industrial farming to tear away the soil, banish trees from the hills, engineer another silent spring. We let the owners of grouse moors, 1% of the 1%, shoot and poison hen harriers, peregrines and eagles. We watch mutely as a small fleet of monster fishing ships trashes the oceans.

Why are the defenders of the living world so ineffective? It is partly, of course, that everyone is complicit; we have all been swept off our feet by the tide of hyper consumption, our natural greed excited, corporate propaganda chiming with a will to believe that there is no cost. But perhaps environmentalism is also afflicted by a deeper failure: arising possibly from embarrassment or fear, a failure of emotional honesty.

I have asked meetings of green-minded people to raise their hands if they became defenders of nature because they were worried about the state of their bank accounts. Never has one hand appeared. Yet I see the same people base their appeal to others on the argument that they will lose money if we don’t protect the natural world. 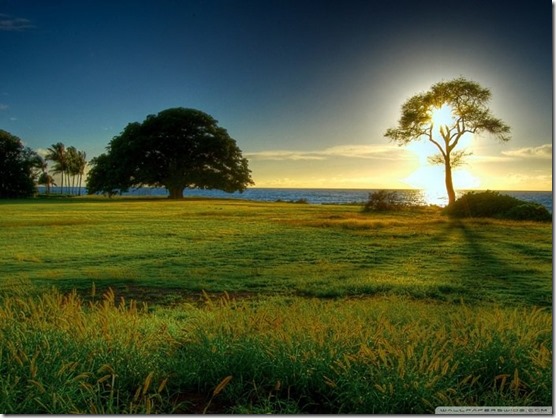 Such claims are factual, but they are also dishonest: we pretend that this is what animates us, when in most cases it does not. The reality is that we care because we love. Nature appealed to our hearts, when we were children, long before it appealed to our heads, let alone our pockets. Yet we seem to believe we can persuade people to change their lives through the cold, mechanical power of reason, supported by statistics.

I see the encyclical by Pope Francis as a potential turning point. He will argue that not only the physical survival of the poor, but also our spiritual welfare depends on the protection of the natural world; and in both respects he is right.

I don’t mean that a belief in God is the answer to our environmental crisis. Among Pope Francis’s opponents is the evangelical US-based Cornwall Alliance for the Stewardship of Creation, which has written to him arguing that we have a holy duty to keep burning fossil fuel, as “the heavens declare the glory of God; and the firmament proclaims his handiwork”. It also insists that exercising the dominion granted to humankind in Genesis means tilling “the whole Earth”, transforming it “from wilderness to garden and ultimately to garden city”.

“There are plenty of senior Catholics seeking to undermine the pope’s defence of the living world.”

There are similar tendencies within the Vatican. Cardinal George Pell, its head of finance, currently immersed in a scandal involving paedophile priests in Australia, is a prominent climate change denier. His lecture to the Global Warming Policy Foundation was the usual catalogue of zombie myths (discredited claims that keep resurfacing), nonsequiturs and outright garbage championing, for example, the groundless claim that undersea volcanoes could be responsible for global warming.

There are plenty of senior Catholics seeking to undermine the pope’s defence of the living world, which could explain why a draft of his encyclical was leaked. What I mean is that Pope Francis, a man with whom I disagree profoundly on matters such as equal marriage and contraception, reminds us that the living world provides not only material goods and tangible services, but is also essential to other aspects of our wellbeing. And you don’t have to believe in God to endorse that view.

In his beautiful book The Moth Snowstorm, Michael McCarthy suggests that a capacity to love the natural world, rather than merely to exist within it, might be a uniquely human trait. When we are close to nature, we sometimes find ourselves, as Christians put it, surprised by joy: “A happiness with an overtone of something more, which we might term an elevated or, indeed, a spiritual quality.”

He believes we are wired to develop a rich emotional relationship with nature. A large body of research suggests that contact with the living world is essential to our psychological and physiological wellbeing.

This does not mean that all people love nature; what it means, McCarthy proposes, is that there is a universal propensity to love it, which may be drowned out by the noise that assails our minds. As I’ve found while volunteering with the outdoor education charity Wide Horizons, this love can be provoked almost immediately, even among children who have never visited the countryside before.

Nature, McCarthy argues, remains our home, “the true haven for our psyches”, and retains an astonishing capacity to bring peace to troubled minds.

“Acknowledging our love for the living world does something that a library full of papers cannot.”

Acknowledging our love for the living world does something that a library full of papers on sustainable development and ecosystem services cannot: it engages the imagination as well as the intellect. It inspires belief; and this is essential to the lasting success of any movement.

Is this a version of the religious conviction from which Pope Francis speaks? Or could his religion be a version of a much deeper and older love? Could a belief in God be a way of explaining and channeling the joy, the burst of love that nature sometimes inspires in us? Conversely, could the hyperconsumption that both religious and secular environmentalists lament be a response to ecological boredom: the void that a loss of contact with the natural world leaves in our psyches?

Of course, this doesn’t answer the whole problem.

If the acknowledgement of love becomes the means by which we inspire environmentalism in others, how do we translate it into political change? But I believe it’s a better grounding for action than pretending that what really matters to us is the state of the economy. By being honest about our motivation we can inspire in others the passions that inspire us.