According to my profession, we have experienced writer’s block at some point. Sitting down to write, paint or compose, we acknowledge that we can’t get the creative flow. And most disturbing, the more effort and thought we put into it, the harder it becomes. Now, at least, neuroscientists might have found a clue about why it is so hard to force that creative spark.

Researchers at Stanford University recently set out to explore the neural basis of creativity and came up with surprising findings. Their study, published May 28 in Scientific Reports, suggests the cerebellum, the brain region typically associated with movement, is involved in creativity. If so, the discovery could change our understanding of the neurological mechanisms behind some thought processes. (Scientific American and Scientific Reports are both parts of Nature Publishing Group.)

There is a scientific belief that the cerebral cortex is the part of the brain that “makes us human,” and that the two hemispheres of the cortex differentiate the creative thinkers from the logical thinkers (the “right-brained” from the “left-brained”). This has fostered the view that “neurological processes can be divided into “higher” cognitive functions and “lower” basic sensory-motor, functions,” says Robert Barton, an evolutionary biologist at Durham University in England who was not involved in this study—but the latest research calls that understanding into question.

Three and a half years ago, Grace Hawthorne, an associate professor of design at Stanford University Institute of Design, known as the d.school, approached Allan Reiss, a behavioral scientist at Stanford’s School of Medicine. Hawthorne wanted to find a way to objectively measure whether or not her design class enhanced students’ creativity and Reiss, inspired by the game Pictionary, developed an experiment.

Participants in the study were placed into a functional magnetic resonance imaging machine with a nonmagnetic tablet and asked to draw a series of pictures based on action words (for example, vote, exhaust, salute) with 30 seconds for each word. (They also drew a zigzag line to establish baseline brain function for the task of drawing.) The participants later ranked each word picture based on its difficulty to draw. The tablet transmitted the drawings to researchers at the d.school who scored them on a 5-point scale of creativity, and researchers at the School of Medicine analyzed the fMRI scans for brain activity patterns.

Essentially, the less the participants thought about what they were drawing, the more creative their drawings were. Manish Saggar, a psychiatrist at Stanford and the study’s lead author, summarized the findings: “The more you think about it, the more you mess it up.” Bottom line, thinking less makes you become more creative. 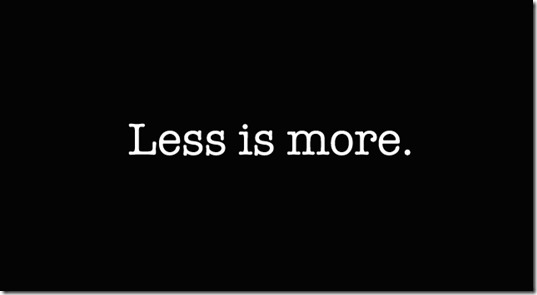 If the cerebellum plays a role in creativity, it could alter our understanding of how the brain functions.

The traditional belief that the cerebellum is involved only in motor control stems from studies in monkeys that indicate it is an anatomically separate structure at the base of the brain lacking connectivity to the rest of the organ.

Recent studies in human brain anatomy, however, have indicated that over the course of human evolution the cerebellum established connections with a wide array of brain regions. One such study by Narendar Ramnani, a neuroscientist at the University of London, proposed that it is this connectivity that may allow the cerebellum to participate in cognitive tasks, not just motor tasks, and may help explain the development of higher cognition in humans.

As such, a meta-analysis of literature referencing cerebellar activity in the human brain might reveal its role in other cognitive tasks, Barton suggests, and might uncover new directions for research in cognitive neuroscience.

Whereas cerebellar activity observed in the study is significant due to the fact it was unexpected, the fMRI data measured activity changes in a variety of other brain regions as well.

According to Lisa Azziz-Zadeh, a cognitive neuroscientist at the University of Southern California who was not involved in the study, the findings are “representative of the interconnectivity of the different regions of the brain” and demonstrate the need to develop new neurological models of higher cognition, including creativity.

In particular, the study provided evidence for the “practice-makes-perfect” mechanism of brain function, by which “cerebellar circuits run subconsciously once they are learned,” Ramnani says.

We know, for instance, that the cerebrum’s motor cortex is active when we are learning new movements, then the cerebellum assumes responsibility for coordinating the movement in order to free up the cerebral motor cortex for further learning. The fact that cerebellar activity decreased when study participants faced a cognitively challenging task but increased when the task required little conscious thought supports the hypothesis that the cerebellum functions in cognition in much the same way it functions in motor control.

If so, according to Reiss, “it’s likely the cerebellum is the coordination center of the brain, allowing other regions to be more efficient.”

The study did have a number of limitations, however. First, there is little consensus in the scientific community about how to define creativity. Consequently, to objectively measure it researchers must develop a working definition. Second, because the cerebellum is associated with motion “the creativity of the drawings could have been correlated to the complexity of the physical movements required to draw them,” says John Kounios, a cognitive neuroscientist at Drexel University not involved in the study.

The control used in the experiment, drawing a zigzag, likely involved less complexity than the drawings of the words, so future experiments should attempt to align the creative tasks more closely with the control. Finally, the study measured only visual creativity. In order to better understand specific brain regions’ involvement in creativity, future research will have to examine brain activity patterns associated with other forms of creativity, such as verbal or musical.

If the Stanford experiment can be replicated and refined it will have advanced our understanding of the cognitive neuroscience of creativity and other forms of higher cognition.