Ann Cameron is the author of many children books, but in this story she is the main character. She became even more famous after being diagnosed with colon cancer…

My name is Ann Cameron.

“No evidence of cancer.”

I believe from personal experience that carrot juice can cure cancer–and rapidly, without chemotherapy, radiation, or other dietary changes. I think carrots are worth a try for nearly everyone diagnosed with cancer, because the results show up very fast.

Here’s the history of my experience:

On June 6 I had surgery for a newly diagnosed Stage 3 colon cancer. I declined the recommended chemotherapy and felt better and better from that date. But six months later, on  November 6,  I had a CT scan follow-up that showed probable cancer in my lungs. 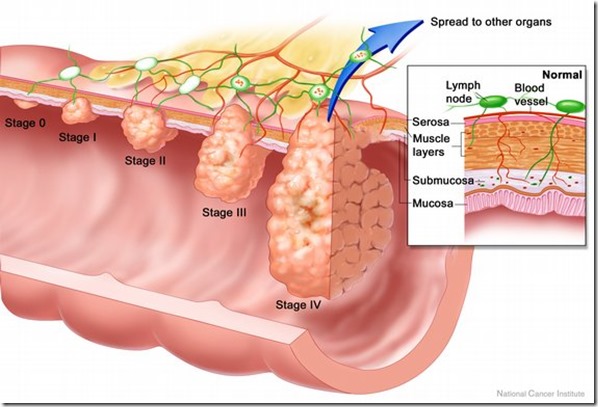 The oncologist also said radiation wouldn’t help me. She recommended chemotherapy to retard my demise, but said chemotherapy wouldn’t cure the cancer. I asked the surgeon about my life expectancy. He told me that without chemo I probably had only two to three years to live–and not much more with chemo.

I was very distraught. I read everything I could find on the internet about alternatives to chemotherapy and radiation. I already had a list of twenty or so recommended substances that didn’t work, that my husband had tried for six months before dying of lung cancer in 2005.

I hit upon a letter on the internet by a California man named Ralph Cole, saying that drinking the juice of five pounds of carrots daily had eliminated small squamous cell cancers on his neck, and that a few others had told him the juice had helped with a variety of cancers.  Ralph was very detailed in describing his own experience, and wasn’t selling anything or engaging in self-aggrandizement. On November 17, I started drinking the juice in the quantity Ralph recommended.

I Juiced 5 lbs of carrots per day!

On November 27,  a PET scan confirmed the findings of the CT scan:  the presence of “spots,” swollen lymph nodules, and two small tumors in enlarged lymph nodes between the lungs,  each about an inch long by 1/4 inch diameter.  According to the radiologist ‘s report,  these tumors were “avid for sugar” and “rapidly growing.”

Drinking carrot juice, unlike some supplements that oncologists prohibit during conventional treatment, is perfectly compatible with simultaneous radiation or chemo; but I didn’t want the recommended chemo because I had researched and dreaded its side effects.

So I had no chemo, no radiation, no other treatments, and no dietary changes beyond the carrot consumption, and continuing eating meat and ice cream and indulging in other dietary vices  (I don’t recommend ice cream for cancer, but only want to emphasize that drinking carrot juice was the only change I made in my life, besides gratefully accepting prayers and “good energy” from friends and asking for wisdom and help from Whoever is up there in the Beyond.

It’s interesting that eight weeks is the same amount of time on carrot juice that it took Ralph Cole to eliminate  his squamous cell tumors.

For the next six months, until the end of July, 2013, I continued drinking the juice faithfully every day, except when I was traveling. I used an Omega Juicer at first, which made about a quart of juice from the five pounds of carrots. Because of moving, I switched to a Champion Juicer, which made about a quart and a third from the same amount of carrots. Both juicers were effective. I made all the juice for the day in the morning, drank part, and kept the remainder in the refrigerator, drinking it throughout the day. Every month or so when I traveled, I would go three or four consecutive days without juice.

A CT scan at the end of March 2013 showed no growth of the cancer, no new cancer, no swollen lymph nodes, and further shrinkage of the tumors.

The swollen cancerous lymph nodes had returned to normal size and were stable.  I told my oncologist for the first time about my carrot juice treatment, saying I hadn’t told her because I thought she would be skeptical.  She said that she was sure that many natural substances are effective against cancer, but that she can’t recommend them because of the lack of formal studies and statistical support.

My understanding is that M.D.’s must rigidly conform to recommending chemotherapy or radiation, and nothing else, lest they fly in the face of proven published research and cause a patient’s injury or death with unorthodox advice–which could get them a big medical negligence law suit.  So you can bring up carrots, or cabbage, or curcumin with your doctor, but even if they are interested, they are not free to to recommend these substances to you.

My oncologist recommended a new scan in six months, but in six months I’ll likely be in Guatemala where a scan involves drinking a lot of a very nasty-tasting contrast medium. So I’ve decided to wait a year to have the next scan. Meantime I will keep on with occasional carrot juice, and aim for less meat and ice cream, and more salads.

To reprise my progress:

Two weeks after starting the carrots, there was no improvement.

Eight weeks after starting the carrots, the tumors had stopped growing and were shrinking.

Four months after starting the carrots, all the lymph nodes in my lungs had returned to normal.

Eight months after starting, there was no sign of cancer anywhere in my body.

I believe that a newly diagnosed person like me, still in generally good health,  could safely put off  chemotherapy for eight weeks to see if five pounds of carrots daily, as juice, will halt the growth of cancer. If the carrots work, one might continue postponing chemo as long as the carrots continue to arrest the cancer and, one hopes, eventually eliminate it entirely. My latest CT scan  (July 30, 2013) proves this has happened for me.

The carrot cure also worked for Ralph Cole’s squamous cell cancers. I think they probably will work against a wide range of cancers. The effective ingredient in the carrots is falcarinol, which has been proved effective against cancer in lab experiments with rats and mice done in Denmark and the UK. Using carrots or falcarinol, Dr. Kirsten Brandt and colleagues in the UK have retarded by a third the growth of tumors in lab rats injected with a carcinogen. They have fed the rats and mice what proportionately in humans would be a pound and a half of carrots. Drinking the juice from five pounds of carrots daily, as Ralph and I have done, is a human equivalent dose more than triple what Dr. Brandt gave the rats.  I hope that many people and organizations will help fund her work, which so far has struggled to find strong financial backing.

Best wishes to all for health and happiness,

You can buy and read Ann’s book on curing cancer with carrots here.