“Scientists suggest that the placebo effect should be considered as an important tool in relieving the symptoms of patients and improving other therapeutics, writing in an article that these “dummy” treatments are underappreciated by the medical community.”

The paper, published in The New England Journal of Medicine, states that recent research indicates placebo effects are rooted in neurobiology and can be valuable in and of themselves. 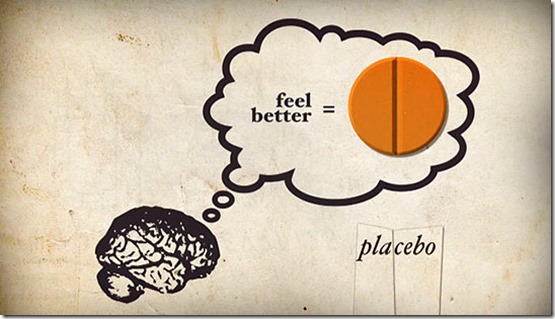 “Placebos don’t necessarily provide cures, but they provide relief,” explains coauthor Prof. Ted Kaptchuk, of Beth Israel Deaconess Medical Center (BIDMC). “In medical situations in which no cure is available, supportive and attentive health care can help patients to feel better, and when effective drugs do exist, placebo effects can enhance their impact.”

Dummy pills are often used in clinical trials as a means to test whether new drug therapies work or not, although they have also been used as a way of treating pain and other symptoms for centuries.

According to the authors, improvements in patients’ symptoms are due to participation in a therapeutic encounter and precipitated by contextual cues such as identifiable health care objects and the interaction between patient and physician.

“A significant body of research has resulted in a shift from thinking of placebos as just ‘dummy’ treatments to recognizing that placebo effects encompass numerous aspects of the health care experience and are central to medicine and patient care,” explains Prof. Kaptchuk, also Professor of Medicine at Harvard Medical School.

He demonstrates how opinions of placebos have changed by referring to a meta-analysis published in 2001 – also in The New England Journal of Medicine – which concluded that placebo effects are insignificant. Since that study, placebos have gone on to become more prominent in medical practice.

“Recent scientific advances have enabled us to identify a trove of neurotransmitters and detect relevant neural brain pathways as well as genetic markers that help explain the biology of the placebo effect,” says Prof. Kaptchuk. These pathways are also used by many common medications, enhancing the credibility of the placebo effect.

‘At the core of what makes medicine a healing profession’

Clinical studies have also demonstrated that placebos can significantly improve the effectiveness of pharmaceutical therapies. Research into the treatment of migraine headache and iirritable bowel syndromeinparticular has shown how important the placebo effect can be in the relief of certain specific symptoms:

“For example, a recent study of episodic migraine demonstrated that when patients took rizatriptan (10 mg) that was labeled ‘placebo’ (a treatment that theoretically had ‘pure pharmacologic effects’), the outcomes did not differ from those in patients given placebos deceptively labeled ‘rizatriptan’ (pure expectation effect). However, when rizatriptan was correctly labeled ‘rizatriptan,’ its analgesic effect increased by 50%.”

Alongside these benefits, however, researchers have identified that the psychosocial factors behind the placebo effect can also lead to adverse consequences due to the anticipation of negative effects. These changes are known as nocebo effects.

The nocebo effect is one problem with placebos that researchers need to address, the authors write. The other is the fact that most of the discoveries around the placebo effect have come from experiments involving “healthy volunteers, employing deceptive techniques that are not directly pertinent to clinical practice.”

Prof. Kaptchuk and coauthor Franklin Miller, PhD, call for more creative thinking and experimental research specifically focusing on placebo and nocebo effects, in order to improve the way that this form of medication is administered.

“Of course, placebo effects are modest as compared with the impressive results achieved by lifesaving surgery and powerful, well-targeted medications,” the authors conclude. “Yet we believe such effects are at the core of what makes medicine a healing profession.”