Sometimes there comes along a documentary that is so profound, so moving, that you want to shout out to the whole world that they must see it.

Just-released Human is one of those unforgettable documentaries that has the power to change an enormous amount of people. It may even have the ability to change how governments treat their citizens.

Directed by French born Yann Arthus-Bertand, a well-known and incredible photographer, journalist, and reporter (as well as an avid environmentalist), Human is a stunning visual feast for the eyes and has a powerful impact on the soul.

Arthus, who is also known for directing another equally stunning documentary, Home (which was viewed by a whopping 600 million people), is back with another masterpiece that showcases something that has never been done before.

Throughout the filming of Human, Arthus and his team of 16 journalists interviewed 2020 people from 60 different countries, asking each person the same 40 questions, covering many subjects such as family, love, religion, ambition, and failure.

“What is the toughest trial you have faced? What did you learn from it?”

“When was the last time you said ‘I love you’ to your parents?” and “What is love to you?”

“What are your thoughts on homosexuality, the destruction of the environment and the cost of war?”

“What was it like growing up in your country?”

“Why is humanity making the same mistakes?”

The answers often surprised the journalists and frequently took the conversation to unexpected places.

They even interviewed freedom fighters, death row inmates, farmers in Mali, and war veterans who have seen life in a very different context than have most of us.

Of the countless moving moments in the film, I personally found the scene right at the beginning to be the most touching.  Leonard — a man who is in prison in the US for murdering a woman and her child — speaks of his abusive childhood and how his father would often beat him and say things like,  “I did this because I love you,” and “This hurts me more than it hurts you.”

Leonard grew up, not surprisingly, with hate in his heart – and a very warped idea of what ‘love’ is. He then ended up committing this truly horrific act.

He was sentenced to prison and strangely, only discovered what ‘love’ meant after he came across a woman named Agnes who forgave him for what he did. And she was the mother and grandmother of the two victims.

This is what Leonard said:

“By all rights, she should hate me, but instead, she gave me love, and she taught me what it was.”

The variety of people interviewed, from so many different countries, shows you the scale of the world’s common concerns, yet also gives you inspiration that the majority of people want the same things — to live in peace and harmony with each other, for governments to treat us well, and to have that connectedness that is so important. The film also showcases just how hard some people have it in this world and makes you appreciate your own life much more.

The movie also shows some of the most beautiful moving images of our earth, deserts, mountains, and landscapes, all alongside a stunning soundtrack.

I promise you, you won’t be the same after you watch this film!

Watch the trailer below! 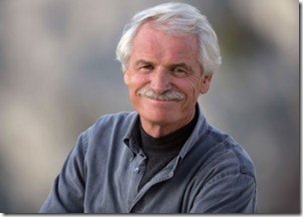 “I am one man among seven billion others. For the past 40 years, I have been photographing our planet and its human diversity, and I have the feeling that humanity is not making any progress. We can’t always manage to live together.

Why is that? I didn’t look for an answer in statistics or analysis, but in man himself.”

Here is a link to the full film on YouTube, which has been released for free by the producers of Human.