Ever had a run of bad luck? It feels like the world is actively conspiring against you.

Ever wonder if you can improve your luck? And I don’t mean with voodoo or magic crystals.

Turns out somebody has done scientific research on luck. So I gave him a call.

Richard Wiseman is a professor of psychology at the University of Hertfordshire and the bestselling author of many books including: Luck Factor. (His excellent YouTube channel is here.)

Richard studied over 1000 people. And, yes, it turns out some people are very unlucky. Here’s Richard:

One woman reported having 8 car accidents in one 150 mile journey. She was also unlucky in love. After joining a dating agency, her first date fell off his motorcycle and broke his leg. The second date walked into a glass door and broke his nose. Eventually she met her future husband and the church they were going to get married in burned down the day before the wedding.

Ouch. Can you change your luck? Yes, you can. Here’s Richard:

What the work shows as a whole is that people can change their luck. Luck is not something paranormal in nature. It’s something that we are creating by our thoughts and behavior.

Richard ran a series of experiments he called “Luck School” and taught unlucky people how to act more like lucky people do. The result?

And not only were they luckier afterward, tests results showed they were also happier.

Okay, so you don’t want the church to burn down before your wedding day. Want to go to “Luck School”? Here’s what Richard said about how you can get lucky… 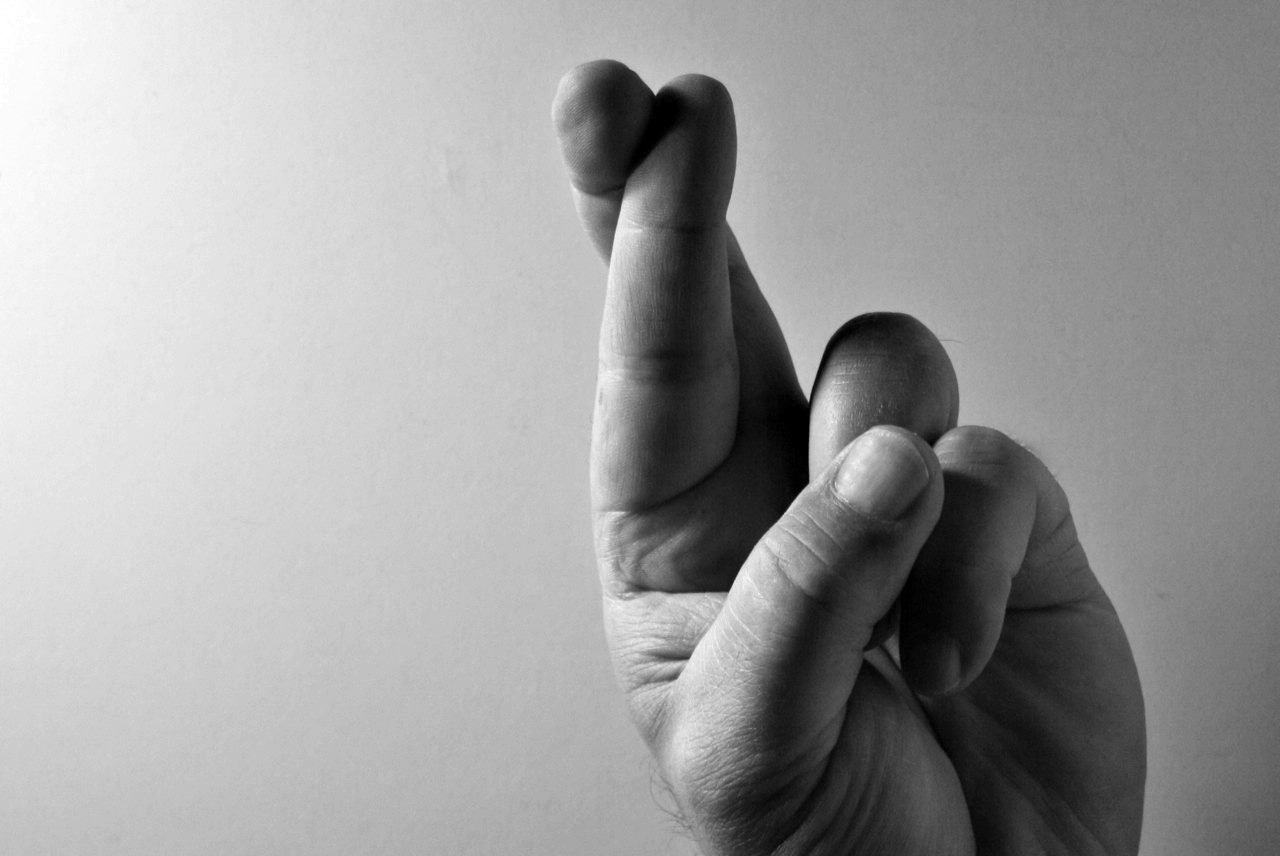 It makes intuitive sense: if you lock yourself in your house, how many exciting, serendipitous things are going to happen to you? Not many.

In his book Luck Factor, Richard wrote: “Lucky people create, notice, and act upon the chance opportunities in their lives.” Here’s Richard:

Lucky people just try stuff. Unlucky people suffered from paralysis by analysis. They wouldn’t do anything until they walked through every single angle and by then the world had moved on. They don’t gain the benefits of learning through doing. I’m a big fan of starting small, trying lots of projects, seeing what works and what doesn’t, and iterating based on feedback.

Certain personality types are luckier because they tend to create scenarios that maximize opportunities and thereby increase luck. Who is more lucky?

People who are extroverted: More time with others, more interesting possibilities.

People who are open to new experiences: If you resist the new, you’re probably not going to have many interesting things happen.

And research shows that the old saying is true: “You regret most the things you did not do.” Over time, we tend to rationalize our failures. But we cannot rationalize away those things we never tried at all.

So keep trying new things. If you do what you’ve always done, you’ll get what you always gotten.

Okay, so you’re doing more stuff. Great. But what about when it comes time to make decisions? What can we learn from lucky people?

Lucky people act on their intuitions across many areas of their lives.

What intuition seems to be most of the time is when you’ve got expertise in the area, that somehow the body and the brain have detected a pattern that you haven’t consciously seen… When we were talking to our lucky people they would often say, “If I get a gut feeling about something I stop and consider it.” Even when unlucky people got those feelings, they didn’t follow them because they didn’t know where they came from. They were anxious about the world.

Want to increase luck in your life? Go with your gut more often.

So what mindset should you take toward life if you want a visit from Lady Luck?

You’re more likely to try new things, follow through on opportunities and have them succeed if you believe they’ll work out well.

And that optimism gives lucky people more “grit.” When you think things will work out, you persevere. And when you’re resilient, you give possibilities more time to work out in your favor.

Skeptics might be shaking their heads right now: But we all know people who aren’t just optimistic — they’re utterly deluded. Are you saying we should lie to ourselves?

Um… kinda. While pessimists do see the world more accurately, optimists are more likely to be lucky because those delusions push them toward opportunities. Here’s Richard:

Via The Courage Quotient: How Science Can Make You Braver:

The researchers found that by activating good luck beliefs, these objects were consistently able to boost people’s self-confidence and that this up-tick in self-assurance in turn affected a wide range of performance. Lucky thinking, it turned out in this study, positively affected people’s ability to solve puzzles and to remember the pictures depicted on thirty-six different cards, and it improved their putting performance in golf! In fact, people with a lucky charm performed significantly better than did the people who had none.

“Self-deception has been associated with stress reduction, a positive self-bias, and increased pain tolerance, all of which could enhance motivation and performance during competitive tasks.”

(To learn how Navy SEALs develop grit and never give up, click here.)

But what happens when things still go wrong? What should you do when you’re acting like a lucky person but bad luck still whacks you in the face?

How do you respond to disappointment?

Giving up, getting gloomy and locking yourself in the house won’t help the world offer you better opportunities. Here’s Richard:

When things get tough you’ve got two choices: you can either fold or you can keep going. Lucky people are very resilient. I remember talking to one lucky person that had fallen down some stairs and broken his leg. I said, “I bet you don’t consider yourself quite so lucky now.” He said the last time he went to a hospital he met a nurse and they fell in love. Now the two of them are happily married twenty-five years later. He said, “It was the best thing that ever happened to me… So, yeah, things can look bad now, but the long term effect of this might be very, very positive.” That’s a very resilient attitude. Lucky people tend to have that sort of approach.

(To learn how to switch from negative to positive, click here.)

Let’s round this all up and learn the final (and most important) benefit of believing in luck.

Here’s what Richard had to say about how to attract good luck:

So maybe you’re still a skeptic. Even if luck is real, you don’t want to give in to delusion. Give it a shot anyway. There are other benefits. A little delusion can improve relationships.

Via The 7 Laws of Magical Thinking: How Irrational Beliefs Keep Us Happy, Healthy, and Sane:

Magical thinking is also important for letting loose and having a good time. Brugger finds a positive correlation between magical ideation and the ability to find pleasure in life. More magic, more fun. (As long as reality stays within arm’s reach.) “Those students who are not magical are not typically those who enjoy going to parties,” he says. “To be totally unmagic is very unhealthy.”

In the relatively brief time Richard spent with his test subjects he experienced a similar thing first-hand.

People who feel they are lucky are more charismatic. It felt good to be around them. Here’s Richard:

Through doing countless interviews with lucky and unlucky people I found you could tell within seconds which type of person you were about to interview. The lucky people were more engaging and upbeat. And emotions are contagious. After some time with a lucky person you feel good about yourself and you start to see the world in a very positive way. You spend time with an unlucky person and you start to focus on that back pain you’d almost forgotten about but now appears to be ten times worse. We have some research coming out which shows that one of the major factors is not how you yourself feel, but how you can make other people feel. It’s very closely related to charisma.

So put a good luck charm in your pocket. It looks like science is telling us that believing in luck might not only be the best way to be deluded, it might also be the key to a better life.

And if you enjoyed this post, share it with friends. We could all use some good luck!

This piece originally appeared on Barking Up the Wrong Tree.