A few years ago, a series of studies came out in an attempt to sort of ‘debunk’ people who practice spirituality. The study found that people who have a spiritual understanding of life tend to be more susceptible to mental health problems, addictions, and anxiety disorders.

A report by The Telegraph also covered the same story, claiming that spiritual people struggle to cope with things mentally. Now, could it be possible that the reason spiritually-minded people have more mental health issues and anxiety problems is not because they are loony, but because they are more connected to what is happening in the world?

What if they are more aware of the things that are wrong with society and are more connected to the suffering in the world? What if an anxious mind is a searching and connected mind? A very important study came out a few years ago linking social anxiety to increased empathetic abilities. People who report suffering from social anxiety have an increased ability to feel and interpret the emotions and mental states of people around them. As the study concluded:

In other words, people who have social anxiety are able to more tangibly feel the emotions of people around them. Many many people who consider themselves to be “conscious” or “spiritual” also report feeling social anxiety and experience things like depression and other mental disorders. But as it turns out, people who suffer from anxiety may also be more intelligent.

Another study which was published in the European Journal of Psychology found that high-anxiety participants were quicker to detect threats of danger and responded more quickly to those threats than other participants. As the study concluded:

Social defense theory (Ein-Dor et al., 2010) proposes that in threatening situations, people who score high on attachment anxiety quickly detect the presence of threat and then alert other group members to the danger and the need for protection. Supporting this line of reasoning, we found that participants high in attachment anxiety were less willing to be delayed on their way to deliver a warning message.

Anxiety as a superpower 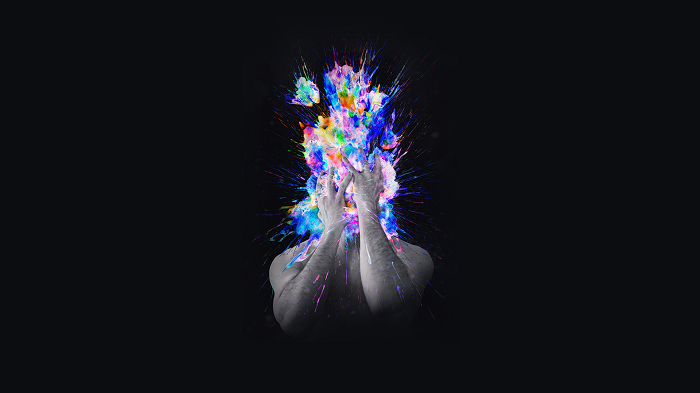 One explanation of this is that anxious individuals also tend to be more altruistic. In nature, animals that are able to detect and respond to threats the quickest are more likely to survive. In fact, some species of the animal kingdom rely on having an individual in their herd that is anxiety prone and can detect threats before the others can. Is it possible that anxiety is actually an evolutionary advantage? Could anxiety act as a biological superpower that helps us solve problems, avoid threats, and detect danger?

A study from SUNY Downstate Medical Center in New York demonstrated that participants who suffered from severe cases of anxiety tested higher on intelligence tests (IQ tests) that those who didn’t have as much anxiety. In other words, there was a direct correlation between degree of anxiety and degree of intelligence. This should come as no surprise, since anxious people are constantly analyzing, assessing, formulation ideas, reflecting, and processing information.

As Dr. Jeremy Coplan said about his study, “While excessive worry is generally seen as a negative trait and high intelligence as a positive one, worry may cause our species to avoid dangerous situations, regardless of how remote a possibility they may be.” So once again, we have evidence that people with “mental health disorders” are actually more intelligent on average.

And as mentioned previously, a recent study found that people with social anxiety exhibit elevated mentalizing and empathetic abilities. Essentially, they have a much higher psycho-social awareness.

Yes, people who are spiritually minded tend to suffer from anxiety and depression more. But this is because their eyes are open to a world that is in need of repair. They literally have an increased ability to feel the emotions of people around them.

Not to mention, the same people that are assumed to be crazy for having social anxiety and other mental disorders test higher on certain intelligence tests, IQ tests, and have an evolutionary advantage in being able to detect threats before other people.

Correct me if I’m wrong, but aren’t people who can accurately feel, interpret, and mentalize the thoughts and emotions of others and detect threats before other people called ‘intuitives’ and ‘psychics’? Could it be possible that having social anxiety and general anxiety disorder is NOT actually a disorder but is a product of having a stronger intuition, more accurate interpretations on people’s states, a sensitive energy field, and an increased ability to detect danger?

These scientific studies shine a whole new light on spirituality and social anxiety. Don’t be afraid to feel what you feel, and don’t let anyone call you crazy because of it. Perhaps what we are calling a disorder is actually a gift.

Originally written on Sprit Science and Metaphysics by Steven Bancarz