Did you know that Ancient India has one of the most extensive histories in the world? Their greatest ancient texts are called the “Vedas” and these writings talk about “flying ships” that visited their continent over 6000 years ago. Composed in Vedic Sanskrit, the texts constitute the oldest layer of Sanskrit literature and the oldest scriptures of Hinduism.

So, why has mainstream history ignored these ancient texts? Better yet, does this mean that we are not the only intelligent species inhabiting the Universe? It seems that the ancient “Vedas” will raise more questions in time.

The canonical division of the Vedas is fourfold (turīya) viz.,

According to experts, the Vedas speak about two categories of flying objects that visited ancient India in the distant past. These mysterious objects are described in Sanskrit writing, where you can find incredible devices and technologies that were not supposed to be present on our planet for thousands of years. In the Mahabharata, the Puranas, and the Ramayana, we find more descriptions of mysterious devices that surpass technological understanding of ancient man.

The descriptions of highly advanced vehicles found in ancient texts are both incredible and confusing. In the ancient book of the Vaimanika Shastra or the Science of Aeronautics, there are texts which speak about crafts that are controlled by our minds, made possible because of extremely advanced technology which has been kept away from society in modern times.

Not only do these ancient texts speak of mind-controlled crafts, but these sacred books talk about levitation and anti-gravity, 6000 years ago.

Many experts believe that the Vaimanika Shastra is a sacred book that talks about “ships” that could travel to different places on our planet, but could also travel into space. 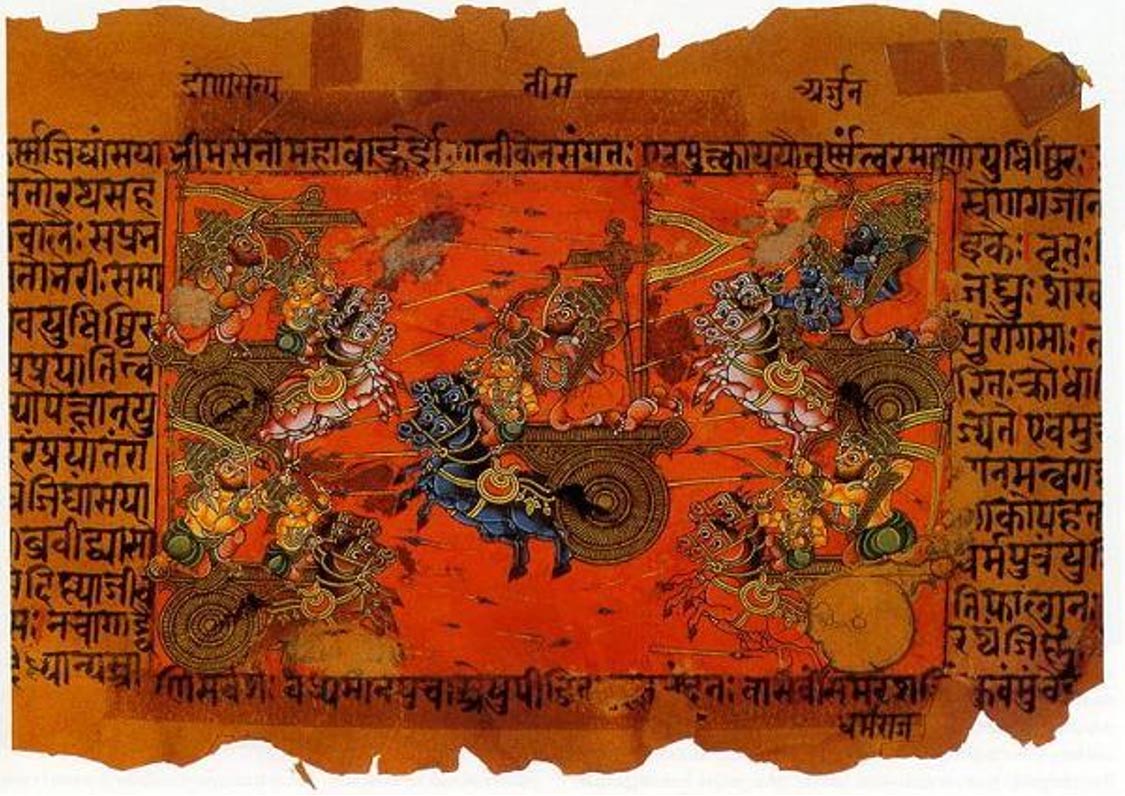 According to Dr. V. Raghavam, a well known a Sanskrit scholar, and musicologist, who authored over 120 books and 1200 articles, ancient Indian texts speak about humans that lived on other planets and alien beings that visited our ancestor’s thousands of years ago. Dr. V. Raghavam won the Sahitya Akademi Award for Sanskrit in 1966.

“Fifty years of researching this ancient work convinces me that there are living beings on other planets, and that they were visiting the earth as far back as 4000 B.C..”

“There is a just a mass of fascinating information about flying machines, even fantastic science fiction weapons, that can be found in translations of the Vedas (scriptures), Indian epics, and other ancient Sanskrit text”.

According to Dr. Raghavan, there are mentions of numerous technologies in the Mahabharata, and the Ramayana: you can find all sort of advanced tech there, some of these ancient technologies were re-developed by the great Nikola Tesla; Ray weapons, Lasers, etc…

But Dr. Raghavan isn’t the only one who believed this theory. Another scientist who firmly agrees with Dr.

Raghavan is Dr. A.V. Krishna Murty, professor of aeronautics at the Indian Institute of Science in Bangalore.

“It is true,” Dr. Krishna Murty says, “that the ancient Indian Vedas and other text refer to aeronautics, spaceships, flying machines, ancient astronauts.”

“A study of the Sanskrit texts has convinced me that ancient India did know the secret of building flying machines-and that those machines were patterned after spaceships coming from other planets.”

One of the most interesting passages in the Ramayana reads:

“The Puspaka car that resembles the Sun and belongs to my brother was brought by the powerful Ravan; that aerial and excellent car going everywhere at will…. that car resembling a bright cloud in the sky.”.. and the King [Rama] got in, and the excellent car at the command of the Raghira, rose up into the higher atmosphere.”

Furthermore, in the Mahabharata we find texts that read the following:

“Gurkha flying in his swift and powerful Vimana hurled against the three cities of the Vrishis and Andhakas a single projectile charged with all the power of the Universe. An incandescent column of smoke and fire, as brilliant as ten thousands suns, rose in all its splendor. It was the unknown weapon, the Iron Thunderbolt, a gigantic messenger of death which reduced to ashes the entire race of the Vrishnis and Andhakas.”

In the Sanskrit Samaraanganasutraadhaara it is written:

Strong and durable must the body of the Vimana be made, like a great flying bird of light material. Inside one must put the mercury engine with its iron heating apparatus underneath. By means of the power latent in the mercury which sets the driving whirlwind in motion, a man sitting inside may travel a great distance in the sky. The movements of the Vimana are such that it can vertically ascend, vertically descend, move slanting forwards and backwards. With the help of the machines human beings can fly in the air and heavenly beings can come down to earth.

As you can see, there are numerous texts that speak of technologies that were considered as divine in the distant past. These technologies have not been present only in Ancient India. Record of similar “phenomena” are recorded in ancient cultures around the globe, from the Ancient American natives to people living in Ancient Egypt and even in Asia. Everywhere you go and look at ancient texts, you will find pieces of a “forgotten history,” of texts that have been tagged as mythological, and avoided by mainstream archaeologists and researchers.