Does the soul exists? According to Dr. Konstantin G. Korotkov, a Russian scientist, the soul does exist and he has evidence showing that there is something beyond death. He has photographed soul leaving body and quantified chakras, which is explained in the text bellow.

In the nineties, Konstantin Korotkov, a professor at The St. Petersburg Federal University of Informational Technologies, Optics, and Mechanics in Russia, had created something very interesting…

This technology isn’t new; this has been created time and time again through different means. (source)

Konstantin had created a device he named GVC, which is based off the the ancient Chinese system of energy meridians. It measures the bio-energy that all living organisms give off through a non invasive, painless evaluation.

It uses a small electrical current that is connected to the finger tips and takes less than a millisecond to send signals from. When these electric charges are pulsed through the body, our bodies naturally respond with a kind of ‘electron cloud’ made up of light photons.

This glow can be captured with an optical CCD camera system and then translated onto a computer.

Each sect of the finger tip represents different organs and systems in the body. A computer program projects the figure of a body and places a type of auric cloud around it that is in correspondence with each chakra.

According to the ancient Ayurvedic Indian medicine, each part of our fingertips correspond to different body parts and systems within us. 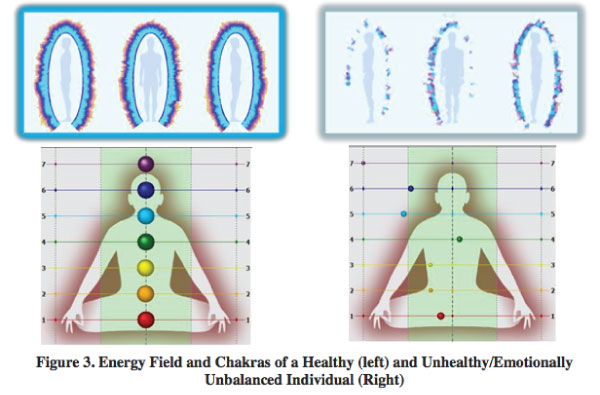 They also say that there are 7 main energy points along the center of out being as well. Konstantin took this idea and applied it to his technology.

The different coloured balls represent each chakra, and how much work we need to put into it, mentally, physically and emotionally. The farther off it is from the center, the more that specific chakra needs working on. 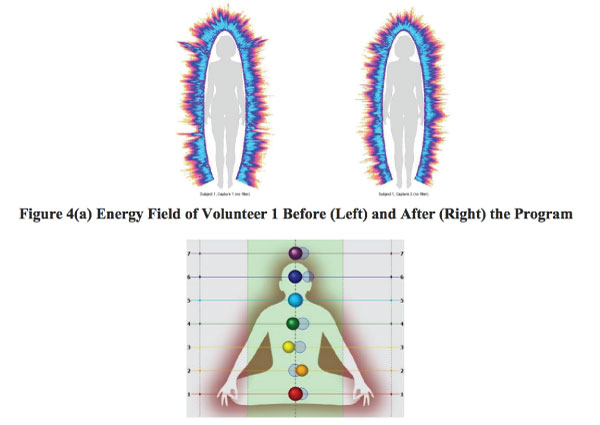 Korotkov also used a type of Kirlian photography to show the exact moment someone’s soul left their body at the time of death! He says there is a blue life force you can see leaving the body. He says the navel and the head are the first parts of us to lose their life force and the heart and groin are the last.

In other cases, he’s noted that the soul of people who have had violent or unexpected deaths can manifest in a state of confusion and their consciousness doesn’t actually know that they’ve died.

This method has been used by over 300 doctors around the world who have used it for monitoring stress and even treating things like cancer.

Many doctors are finally starting to understand that many ailments stem from an emotional disruption first and then manifest into a physical illness.