SCIENTISTS have tonight said there could be life in space after discovering evidence of a huge ocean and surface water on Europa.

The space agency announced that the Hubble Telescope has discovered evidence of possible water plumes on the freezing moon, which is one of Jupiter’s largest.

Excited boffins said there is also evidence of some surface water on its icy surfaces and added that they also had found evidence of a sea on another of the gas giant’s smaller moons, called Enceladus.

The jaw-dropping dual announcement will raise the hopes of those who believe that alien life could exist in our solar system.

“For a long time humanity has been wondering whether there’s life beyond earth and we’re lucky to live in an era where we can address questions like that scientifically.

“On earth life is found wherever there’s energy water and nutrients, so we are interested in anywhere which shares these characteristics. Europa might be such a place.”

He added: “Today’s events increase our confidence that water and other materials from Europa’s hidden ocean might be on the surface of Europa and able for us to land and study without digging through those miles of ice.” 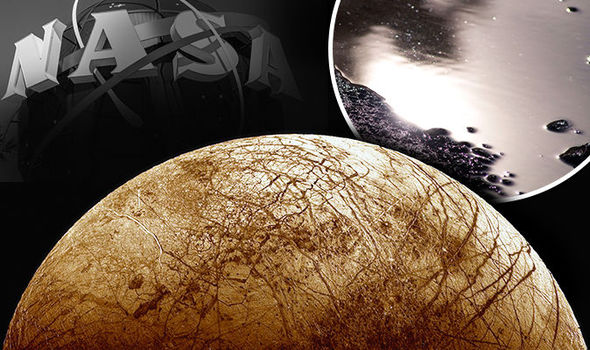 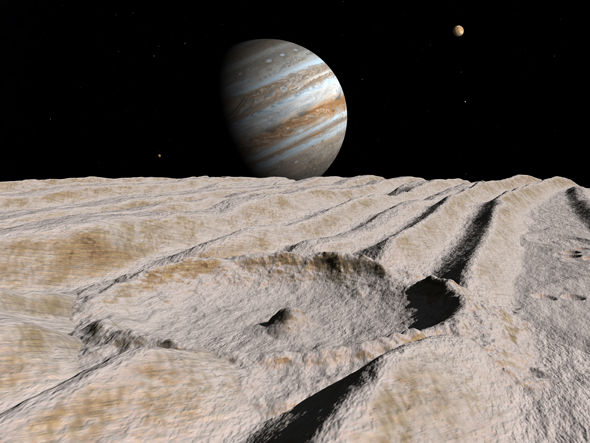 Europa is believed to have such an extensive ocean that great tides beneath the ice regularly bring seawater close to the surface of the moon.

Scientists proposed a “wide range of hypotheses for water on Europa and how that would actually ascend” and said there are lots of questions left unanswered for future missions.

The discovery was made by an ultra-violent camera on the Hubble Telescope which was only available to researchers after astronauts performed a daring space walk to repair it in 2009.

“We’re thrilled about these findings. Because of that heroic repair we are achieving amazing science advances like this.” 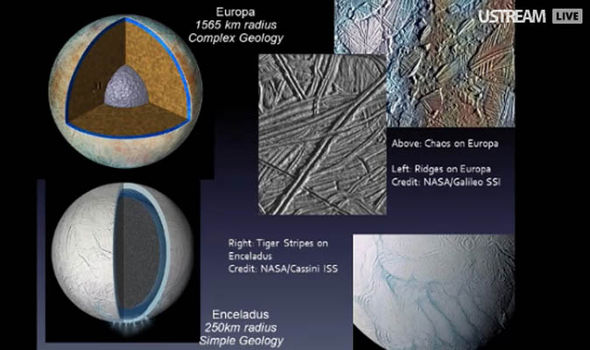 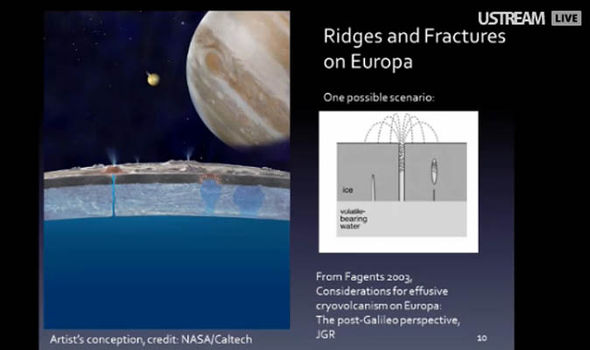 At the same astonishing conference call NASA scientists also revealed some results of their survey one of Jupiter’s smaller moons, Enceladus, which revealed it too could have a “global ocean”.

Space enthusiasts were sent into a frenzy last week when NASA declared that it would be holding a conference to reveal ‘surprising activity’ on Europa – arguably the most well known of Jupiter’s 67 moons.

The teleconference among senior NASA officials kicked off at 7pm BST, which you can listen to live above. (already passed)

When announcing the event, the space agency said:

“Astronomers will present results from a unique Europa observing campaign that resulted in surprising evidence of activity that may be related to the presence of a subsurface ocean on Europa.”

However the general rule of the universe is that if there is water and oxygen – which there should be in the potential Europan ocean – then it massively increases the chances of life.

See also: Scientists Discover An Ocean 400 Miles Beneath Our Feet That Could Fill Our Oceans 3 Times Over!