The enduring image most of us have of the mysterious heads on Easter Island, are simply the huge heads, so it comes as quite a shock that looking at them from another angle, reveals that they have full bodies that extend many feet into the ground.

The Easter Island Statue Project has been carefully excavating two of the hundreds of statues on the islands – doing their best to uncover the secrets of the mysterious stones, and the people who built them.

“Hundreds, perhaps thousands, of visitors to the island have been astonished to see that, indeed, Easter Island statues have bodies!

“More important, however, we discovered a great deal about the Rapa Nui techniques of ancient engineering.” 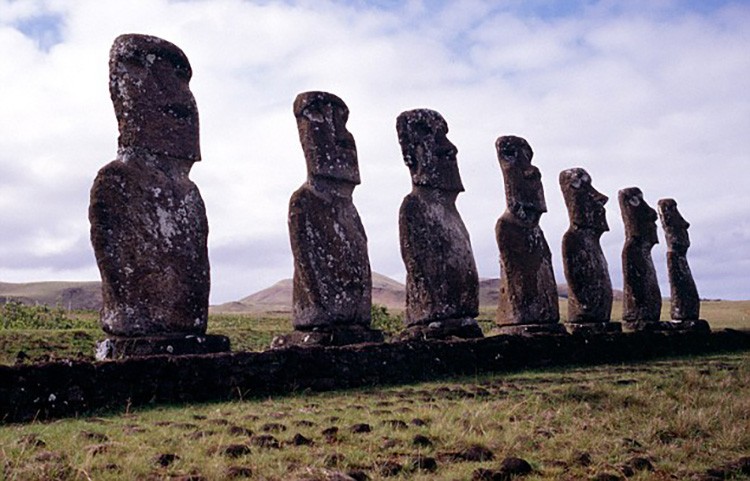 The team also discovered that ceremonies were certainly associated with the statues. On the project website, Van Tilburg said: “We found large quantities of red pigment, some of which may have been used to paint the statues.

“Finally, and perhaps most poignantly, we found in the pavement under one statue a single stone carved with a crescent symbol said to represent a canoe, or vaka.

“The backs of both statues are covered with petroglyphs, many of which are also vaka. A direct connection between the vaka symbol and the identity of the artist or group owning the statue is strongly suggested.”

Watch more about the Easter Island heads and the mystery that continues to literally grow deeper in the video below: