The inhabitants of the Movile Cave are like no others. The “otherworldly” conditions of this Romanian cave, just a few miles west from the Black Sea, have been sealed up for around 5.5 million years. Although the air is poisonous and unbearably humid, this cocktail of factors has created a goldmine for biologists.

Fewer than 100 people have ever delved into the cave, according to BBC Earth. It was only discovered by humans in 1986, when workers of the Socialist Republic of Romania were looking for new ground to build a nuclear power plant. Nowadays, it is blocked off by the authorities and only accessible with special permission, although the central caverns are naturally “guarded” by a series of vertical shafts and narrow limestone tunnels.

Once in the depths of the cave, the air contains half of the amount of oxygen than usual and is high in carbon dioxide and hydrogen sulfide. It is also pitch black and hasn’t seen sunlight for at least 5.5 million years.

But within this harsh environment, scientists have so far identified 48 species. Among the creatures are an array of spiders, water scorpions, pseudoscorpions, centipedes, leeches, and isopods – 33 of which are totally unique to this one cave.

Most of the creatures in the cave have no vision and lack pigment. After all, who needs sight or to be pretty in the pitch darkness? They’re also, on the whole, a spindly bunch, with extra-long limbs and antennae that help them navigate in the darkness.

As if this world was not alien enough, it’s one of the only known ecosystems that relies on chemosynthetic bacteria. Most ecosystems use photosynthesis to harness energy. However, since there’s no natural sunlight in the cave, the bacteria need to get their energy and carbon directly from chemical reactions, such as the oxidation of sulfide or the oxidation of ammonium. 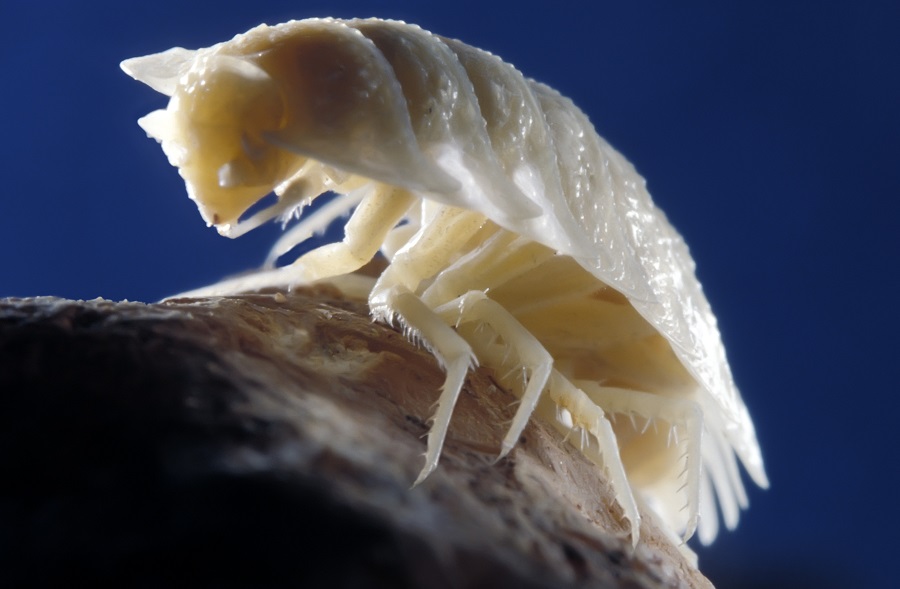 But how the animals ended up in the cave and became isolated remains unclear to scientists.

“It’s very likely that the bacteria have been there a lot longer than five million years, but that the insects became trapped there around that time,” J. Colin Murrell, a microbiologist from the University of East Anglia, said to BBC Earth. “They could have simply fallen in and become trapped when the limestone cast dropped, sealing the cave until it was discovered again in 1986.”

There are still many mysteries that lie deep within the Movile Cave. But even after just 30 years of knowing it exists, researchers still have many more inhabitants to discover, some of whom could hold massive insights into evolutionary biology and even the nature of life itself.

Originally written by Tom Hale and published on iflscience.com