The team that discovered what is today referred to as the Baltic Sea Anomaly in 2011, point out that after five years, no one has been able to identify the object which causes electronic equipment in its vicinity to malfunction.

It turns out that there is a mysterious sunken object located at the bottom of the ocean which ever since its discovery, has baffled both experts and marine explorers. The object which bears resemblance to the legendary spaceship from Star Wars: the Millennium Falcon, is called the ‘Baltic Sea Anomaly.’ It was found by underwater explorer research group called Ocean X Team in 2011 at a depth of 91 meters. The team led by captain Peter Lindberg and co-researcher Dennis Asberg noticed the mysterious object and what appear to be drag marks behind it using side-scan sonar equipment.

However, everything was fine until the crew which found the object reported electronic malfunctions while in the vicinity of the sunken object.

“Anything electric out there, and the satellite phone as well, stopped working when we were above the object,” Professional diver Stefan Hogerborn, part of the Ocean X team, said.

“And then when we got away about 200 metres, it turned on again, and when we got back over the object it didn’t work.”

The mysterious ‘Sunken UFO’ is sixty-one meters wide and measures approximately 8 meters in height. The mysterious spherical shape of the object has led people around the world to speculate what it might be, ever since its discovery, theories ranging from a giant mushroom to sunken Russian ship to an alien spaceship have been proposed by millions of people around the world. 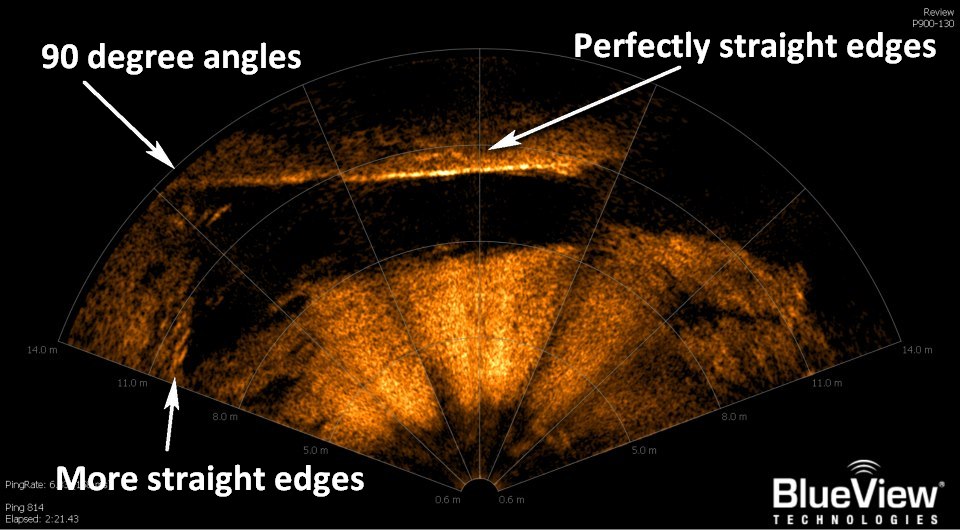 One of the many sonar images which defy explanation due to the unnaturally geometric construction. Image Credit: http://truthfall.com/baltic-anomaly-new-expedition-after-astonishing-images/

The mystery surrounding the enigmatic object at the bottom od the Baltic Sea deepened when geologist Steve Weiner said that according to his tests, the object WAS NOT a geological formation –suggesting that the structure was in fact made from “metals which nature could not reproduce itself.”

According to Volker Bruchert, an associate professor of geology at Stockholm University: “My hypothesis is that this object, this structure was formed during the Ice Age many thousands of years ago,” reports Livescience.com.

Further reports indicate that Lindberg and Asberg apparently told the website Open Minds. Tv that the samples they offered for analysis were not from the object itself but from the vicinity of the object.

The most recent update regarding the anomaly was made in 2015 when Lindberg wrote for What’s Up in The Sky saying that while they had not been to the anomaly recently, they did, however, pass over it with the side-sonar and that they could not see anything new.

Lindberg said that they are planning on visiting the object again: “We will pretty much just be able to do the same things as we did in 2012. It is not for sure yet, but since we’re involved in a new TV project, it might give us the opportunity.”

Lindberg isn’t convinced that the object is actually an ET spacecraft. In response to one question about what the object might be, Lindberg responded: “I think it is something natural, however very odd in its shape. It is tough to give an explanation what it might be exactly since different scientists have different theories.

“For example; Kyle Kingman (marine geologist) are very certain it is a paleosol, Tom Flodén (marine geologist) think it might be a Manganese nodule of tremendous size, Andreas Olsson (marine archaeologist) was quite certain it must be man made after seen the blueview sonar film and videos and all other scientists who has different theories.