Located in nearly the direct center of the brain, the tiny pinecone-shaped pineal gland, which habitually secretes the wondrous neurohormone melatonin while we sleep at night, was once thought to be a vestigial leftover from a lower evolutionary state.

Indeed, according to recent research, we could be increasing our chances of contracting chronic illnesses like cancer by unnecessarily bathing its evenings in artificial light, working night shifts or staying up too late. By disrupting the pineal gland and melatonin’s chronobiological connection to Earth’s rotational 24-hour light and dark cycle, known as its circadian rhythm, we’re possibly opening the doors not to perception, but to disease and disorder. A recently published study from Vanderbilt University has found associations between circadian disruption and heart disease, diabetes and obesity.

By hacking what pinealophiles call our mind’s third eye with an always-on technoculture transmitting globally at light-speed, we may have disadvantaged our genetic ability to ward off all manner of complicated nightmares. No wonder the pineal gland is a pop-culture staple for sci-fi, fantasy and horror fandom, as well as a mass attractor of mystics and mentalists. Its powers to divide and merge our light and dark lives only seems to grow the more we take it seriously.

“We still lack a complete understanding of the pineal gland,” University of Michigan professor of physiology and neurology Jimo Borjigin, a pioneer in medical visualization of the pineal gland’s melatonin secretion, says. “Numerous molecules are found in the pineal, many of which are uniquely found at night, and we do not have a good idea of what their functions are. The only function that is established beyond doubt is the melatonin synthesis and secretion at night, which is controlled by the central clock in the suprachiasmatic nucleus and modulated by light. All else is speculative.”

Discerning between the science and speculation of the pineal gland hasn’t been easy since long before Rene Descartes called it the “principal seat of the soul“ after studying it at length nearly four centuries ago. (Although “no evidence exists to support this,” clarified Borjigin.) So here’s a handy shortlist of things you should know about the pineal gland.

See also: One Of The BIGGEST Secrets Kept From Humanity: The Pineal Gland!

The current scientific understanding is that the pineal gland probably started out as an eye, and it receives signals from light and our retinas. Whether it was our only eye which shrunk into the brain once its perceptive tasks were taken care of by our two newer eyes, or whether it was a third eye with a spiritual and physical connection to previous spiritual and evolutionary states, or both, has galvanized science and speculation for centuries.

Earth’s ancient cultural histories are filled with folklore featuring both one-eyed and three-eyed beings of great power, from Shiva and Cyclops to that amiable fellow in The Twilight Zone’s classic episode, “Will the Real Martian Please Stand Up?“ and beyond. (From Beyond even: See below.) Associations can be found in Hinduism, whose seventh primary chakra Sahasara is a multilayered lotus that looks like the pineal gland’s pinecone, and whose primary function is to perceive universal oneness, scientifically and spiritually speaking. Theosophists, who have been studying what they perceive as hidden knowledge since the Greeks and Romans ruled philosophical and scientific inquiry, have more recently claimed that the pineal gland is the spiritual engine of our evolution into “embryo gods, beings of consciousness and matter.”

That description seems apt, given the astronomical power we have achieved in a few million yeas of evolution. While Homo sapiens’ third eyes likely transformed into pineal glands along the way, today we can still find animals with photoreceptive third eyes, now called parietal eyes, like New Zealand’s endangered tuatara. Fossils from other ancient creatures feature similar sockets in their skulls, making our pineal gland a candidate for an ex-eye.

2. What Was Once Hidden Is Now Hi-Res 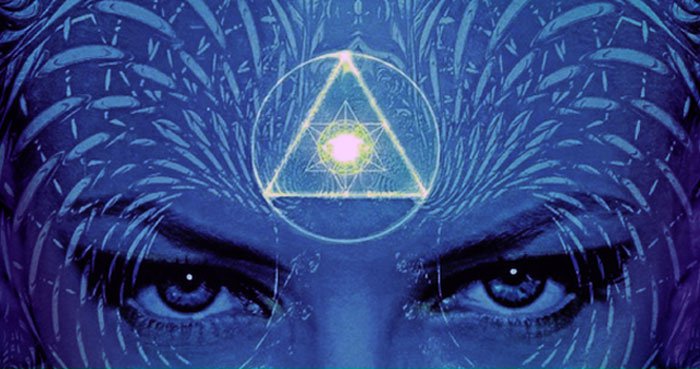 Michigan University professor Borjigin and his team are hard at work on how the pineal gland and melatonin regulate our lives.

“The central circadian clock controls timing of almost all aspects of our life, including physiology and behavior, and melatonin is the best marker to decode the fingerprints of circadian timing in both humans and animals,” he said. “In the past, it was very difficult to study circadian properties of melatonin in animals due to technical limitations. My lab invented long-term pineal microdialysis, which permits automated, computer-controlled and high-resolution analysis of melatonin secretion from rodent pineal gland from four to 10 weeks in the same animal.”

These visualizations could go a long way toward understanding how to hack melatonin, which the pineal gland secretes when we sleep and helps the brain repair and sync our bodies to Earth’s rotation. Melatonin is a stunning compound, found naturally in plants, animals and microbes. A powerful antioxidant, its list of its medicinal uses only seems to grow each year, as we learn more about its ability to help with immune disorders, chronic illnesses, and neurodegeneration.

“Pineal microdialysis allows us to monitor melatonin secretion closely under various conditions to simulate jet lag, shiftwork, light pollution, diet manipulation and more to define the fingerprints of circadian response to environment,” he added. “It also allows us to discover animals with extreme chronotypes, like early-birds or night-owls, to understand how individuals with different chronotype respond to circadian challenges differently. These are still ongoing studies, but hopefully some of the works will be published this year.”

What has been recently published about melatonin is already pretty significant, especially for those looking to combat breast and prostate cancer. Harvard University School of Public Health researcher Itai Kloog and his group published a series of studies in the last few years explaining how our “modern urbanized sleeping habitat” (PDF) is a massive hormone-based cancer risk. “We have blotted out the night sky” with artificial light, wrote Earth Island Journal’s Holly Hayworth,” citing Kloog’s research and noting that half that light is wasted anyway.

“We’ve proven beyond a doubt that it’s a risk factor,” Kloog told me. “Light at night has been proven on many levels, by our group and many others, to definitely contribute to higher risk of developing hormonal cancer.”

Kloog’s team published five studies altogether, including analyses at local and global levels, and all of them found firm correlations between circadian and melatonin disruption and higher risks of cancer. Analyzing NASA’s Defense Meteorological Satellite Program archive (to illuminate Earth’s light-at-night coverage) and data from the World Health Organization, Kloog’s group “found clearly that as women were more exposed to light at nighttime, their rates of breast cancer went up. Our Israel study found that going from minimum exposure to average exposure to light at night resulted in a 36 percent higher standard rate of breast cancer, and going from average to maximum was another 26 percent increase.”

Using kernel smoothing to create density maps showing light exposure and cancer rates, Kloog’s team found that another of its studies, which sourced more than 20,000 light sources by height and intensity, showed a clear association. For their two worldwide studies, they developed an algorithm to assign population weight average light exposure for every person in every city across the world, using WHO data, and again they found a clear association between cancer and light at night.

“For average light exposure per person, if you take an underdeveloped country like Nepal, we’re talking about 0.02 nanowatts per centimeter squared,” Kloog explained. “Compare that to the United States, where the average light exposure of a person is 57.5. Up until around 120 years ago, humans were basically exposed to 12 hours of sunlight and 12 hours of darkness on average, seasons and latitudes permitting of course. But since the invention of the lightbulb, we’ve artificially stretched the day. We go to sleep late at night, we have lights on while we sleep, we have a shorter sleep duration. We have a lot of factors stretching out our days, relative to the light period we experienced during millions of years of previous evolution.”

“It’s something that’s easy to take out of the equation,” Kloog told me. “Go to sleep in a dark room. Use less light. Close the shutters. Circadian disruption is carcinogenic to humans.”

This is not to say that late-night viewing itself isn’t good for the mind, especially when it comes to pineal glands and third eyes. Because pineal glands and third eyes remain singular components of an otherwise binary brain with an extraordinary past, they have stimulated some stranger explorations of their spiritual and supernatural possibility. The pineal gland’s circadian dualism has achieved particular resonance with influential occultists like horror influential H.P. Lovecraft. Who, in turn, have spawned new generations of speculative talents that have used it as a quite flexible receptacle for expansive meaning.

“My first exposure to the pineal gland came from Stuart Gordon’s movie adaptation of Lovecraft’s From Beyond,” Javier Grillo-Marxuach, creator of the cult sci-fi television classic The Middleman, told AlterNet. “In truth, everything I know about that particular endocrine body probably derives from that seminal experience, which explains why I am a television writer and not a brain surgeon.”

In From Beyond, a supernaturally activated pineal gland turns mad scientists into brain-eating zombies. The recently reissued 1957 exploitation film She Devil features a “female monster” whose hyperstimulated pineal gland turns her into “a demon, a devil, a creature with a warped soul!” In both films, and many other third-eye head-trips, the pineal gland functions as a sexualized organ, rather than a circadian regulator. Today, some use melatonin supplements, available since the ’90s, to aid with sexual dysfunction. But the pineal gland’s expansive mythic and scientific history has much broader applications when it comes to folklore and entertainment.

“In The Middleman, we quickly discovered that because this most mysterious of glands is so misunderstood, even though its very name connotes a certain frisson of scientific accuracy and technical understanding, it was a fantastic shorthand for whatever otherworldly qualities we needed to justify,” Grillo-Marxuach added. “Over the course of 12 episodes, the pineal gland became the source of psychic ability, communication between parallel dimensions, the magical influence of succubi and incubi over the libidos of ordinary mortals and, finally, the power source for our main supervillain’s armageddon device. Since Stuart Gordon and H.P. Lovecraft gave me such a gift in my teenage years by providing me with so fanciful an understanding of cerebral anatomy, I figured I’d pay the favor forward as many times as possible.”

See also: 8 Years Old Boy Talks About Pineal Gland (The Third Eye!) And TV Brainwash. You Need To Hear This!

Originally written by Scott Thill and published on Alternet