In Taizhou, in the Jiangsu Province located in Eastern China, road workers were clearing the way to widen a road. This task involved digging several feet into the ground.

They were digging approximately six feet below the surface when they struck a large, solid object. 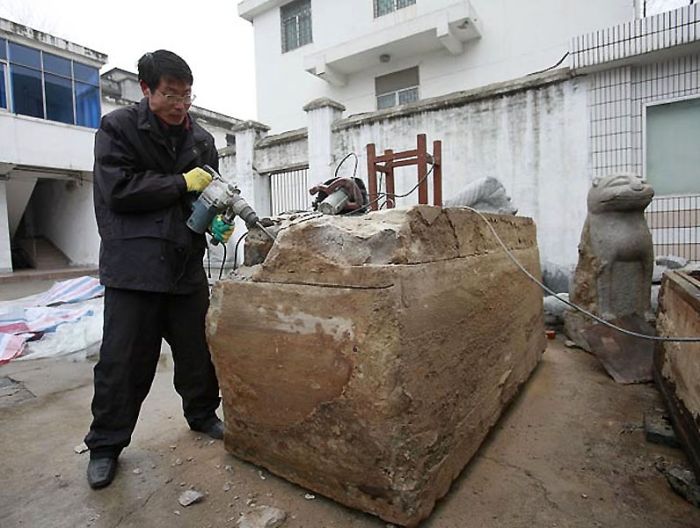 They quickly realized that it may be a significant find, so they contacted a team of archaeologists from the Taizhou Museum to excavate the area. 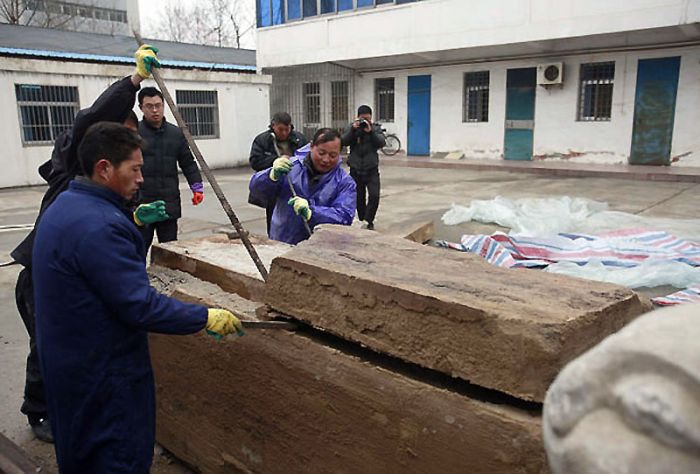 They eventually determined that this was actually a tomb, and inside they found a three-layered coffin. 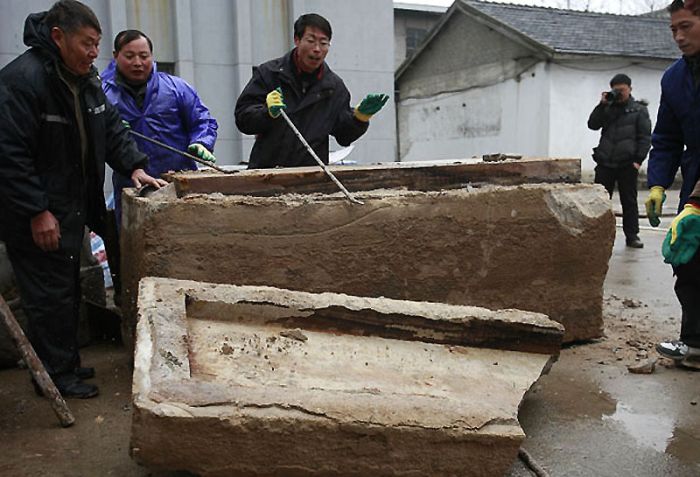 Upon opening one the main coffin, the archaeologists saw layers of silk and linens, covered in a brown liquid. 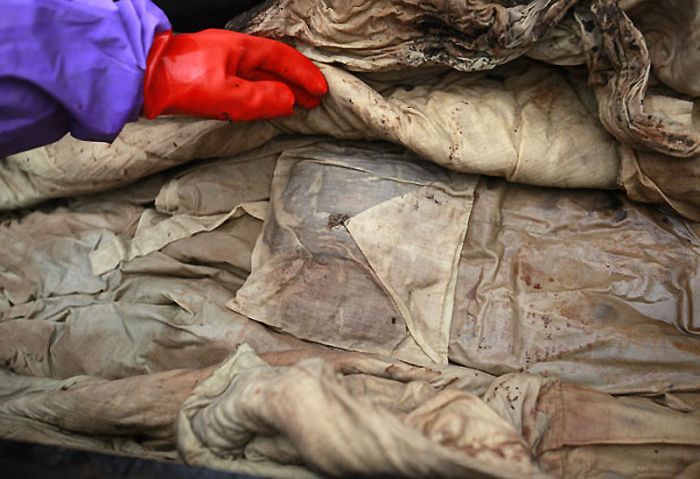 When they looked beneath the linens, they discovered the stunning remains of a female. The remains were almost completely intact, including her body, hair, skin, clothing, and jewelry. Details such as her eyebrows and eyelashes were still perfectly preserved. 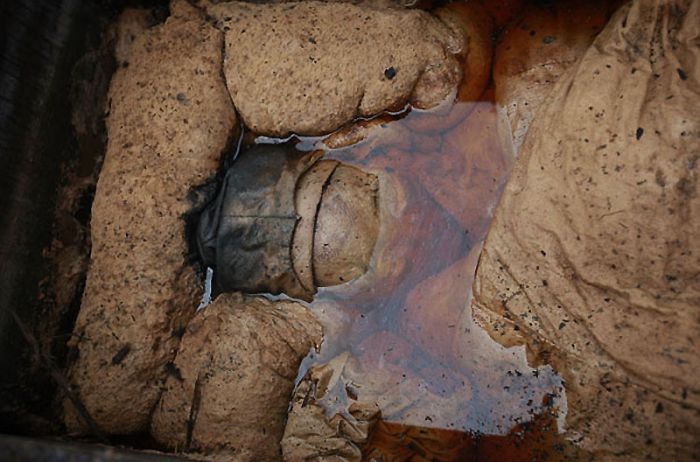 Researchers have not been able to definitively establish how old the body is. The woman was believed to have lived during the Ming Dynasty, which dated from 1368 through 1644. 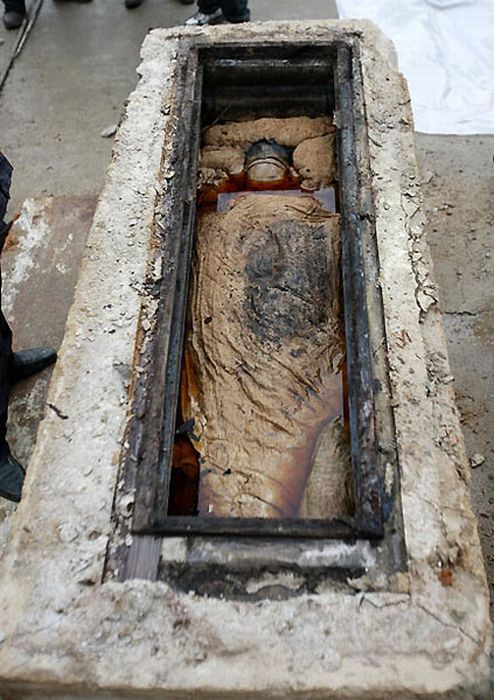 This mean’s the woman’s body could potentially be 700 years old if it dates back to the start of the Dynasty. 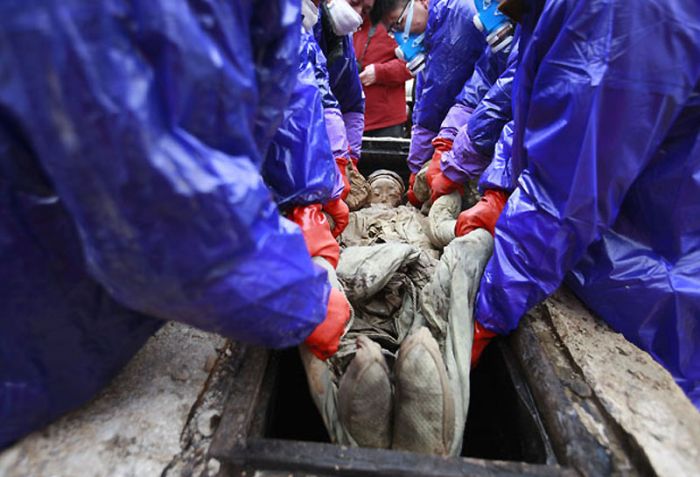 The woman was dressed in traditional clothing from the Ming Dynasty, and was adorned with several pieces of jewelry, including a striking green ring. From her jewelry and the fine silks she was wrapped in, it is believed that she was a high-ranking civilian. 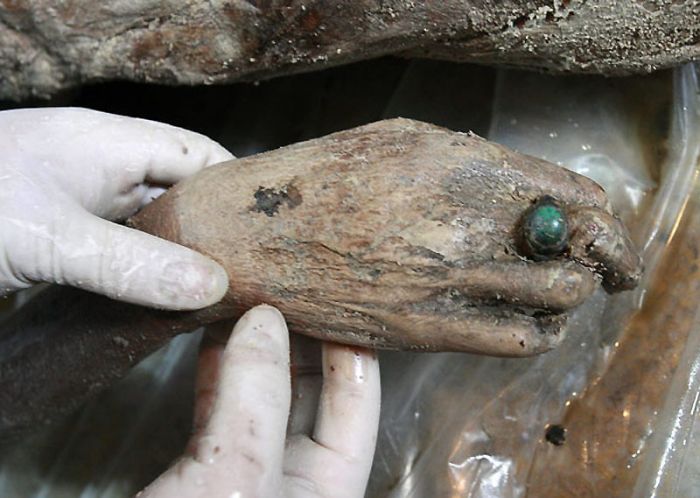 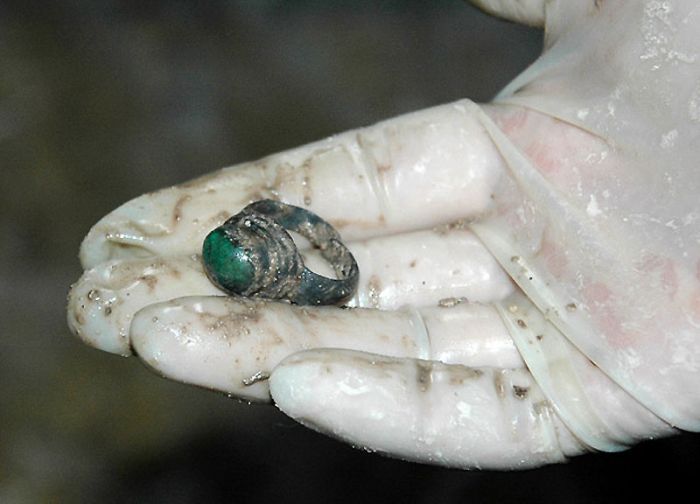 The coffin also contained bones, ceramics, ancient writings and other relics. The archaeologists who excavated the coffin did not know whether the brown liquid inside the coffin was used intentionally to preserve the body, or if it was just groundwater that had seeped into the coffin. 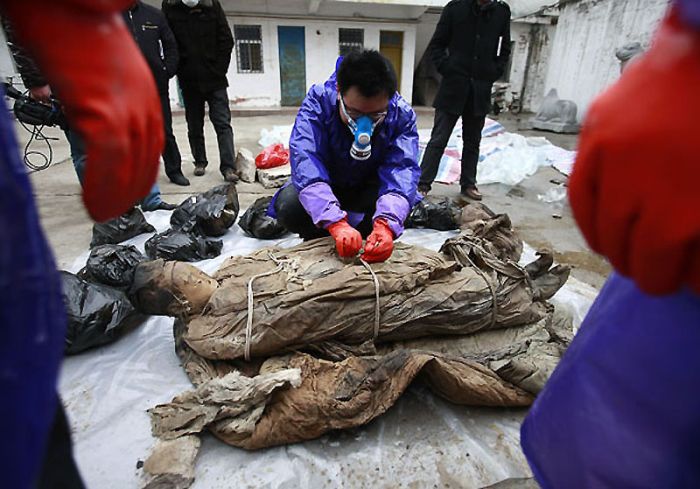 However, some researchers have claimed that this body was likely preserved due to being buried in just the right environment. If the temperature and oxygen level in water are just right, bacteria cannot grow, and decomposition can be slowed or halted. 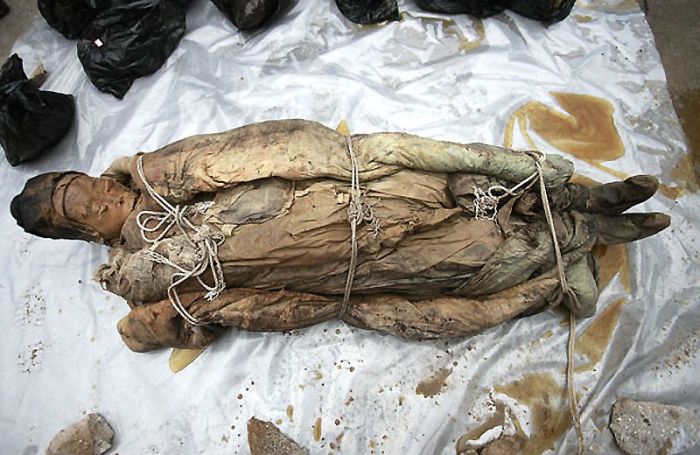 This discovery provides researchers with an intimate look into the customs of the Ming Dynasty. They have a very clear view of the clothing and jewelry people wore, and some of the relics that were used during the time. This can answer many questions about the lifestyle, traditions, and daily activities of the people from that time. 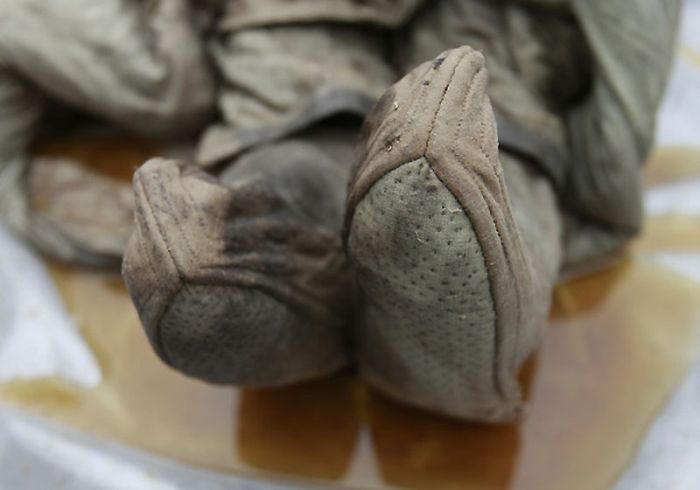 The finding also opened up many new questions as to what conditions led to the extreme preservation of her body over the course of hundreds of years.

There are also questions about who this woman was, what role she played within society, how she died, and whether any portion of her preservation was intentional. 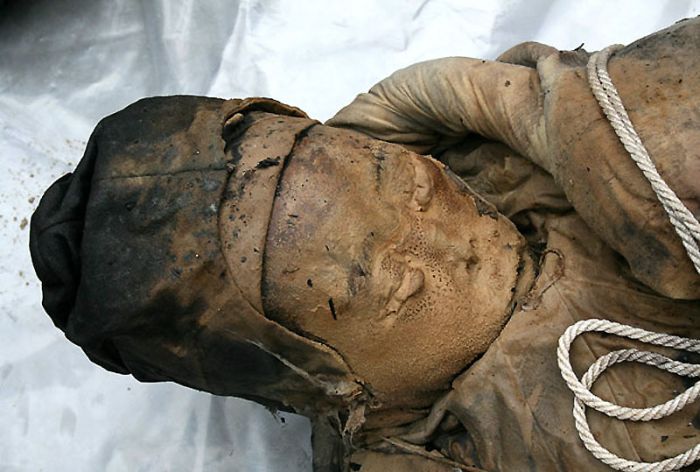 Due to the secluded nature of this discovery, many of these questions may never be answered, as it can be difficult to provide such answers with only one set of remains.

If similar discoveries are made in the future, they may provide the information needed to answer these, and other questions about this woman – the accidental mummy!

See also: When This Boat Crew Realized What They Were Seeing, It Was Almost Too Late To Escape Alive!