There are several reasons that people are opposed to Monsanto, but among the top two are their involvement with GMOs and their corruption of the U.S. government.

One of the more outrageous schemes they pulled off in recent years was to ensure the passing of the “Monsanto Protection Act” that essentially prevented courts from prosecuting Monsanto over GMO-related health issues and was allegedly partly written by the company itself. Though the Act was only in effect for six months, similar bills have been signed into law that protect companies over consumers.

As for GMOs, many studies have suggested that genetically-modified food products can drastically alter the health of consumers in a negative way. The number of Americans with chronic illnesses has doubled since the mass production of GMOs began and animals given only a GMO diet have shown to develop organ damage, gastrointestinal and immune system disorders, accelerated aging, and infertility. GMOs have also show to cross-pollinate and last forever, meaning that the number of non-GMO products is decreasing and could ruin the health of future generations.

Though many of the products below may not contain GMOs themselves, the objective of a product boycott is to lessen the profit for Monsanto to show them that consumers are rejecting their practices and that we will not stand for their pollution or corruption. 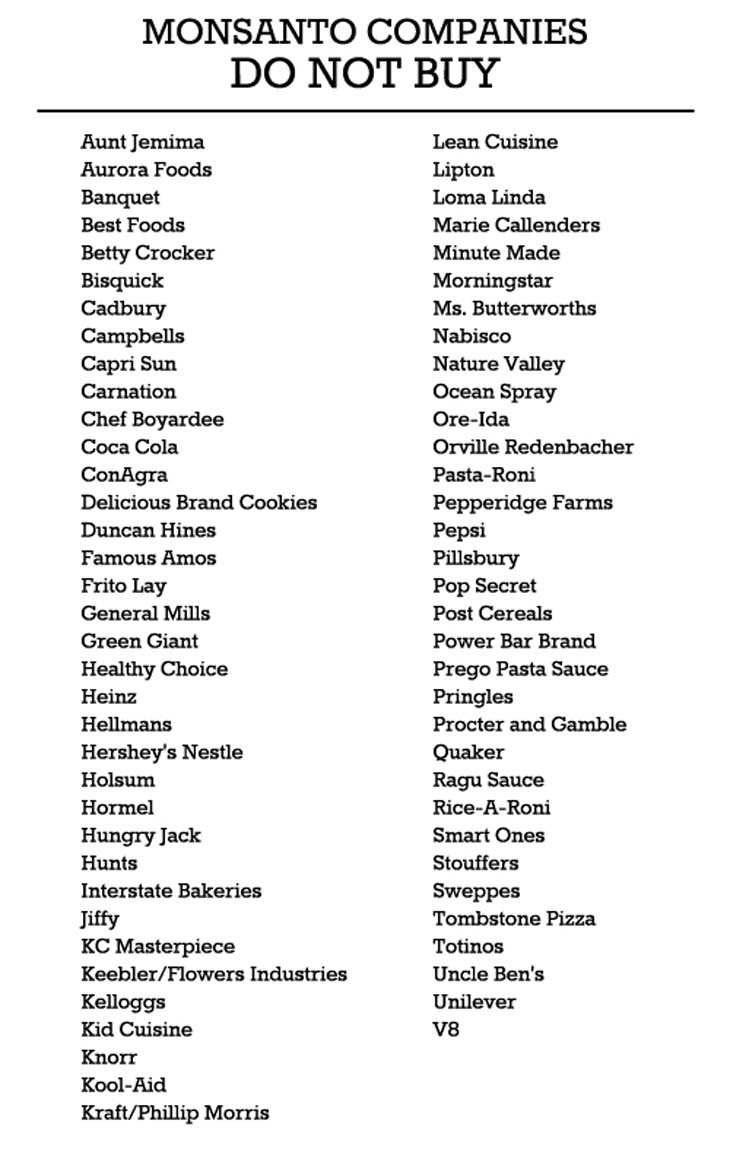 If you wish to print, simply click on the list and choose “Print” from your browser’s menu (or press CTRL+P/CMD+P).

Here is a list 10 corporations Control Almost Everything You Buy 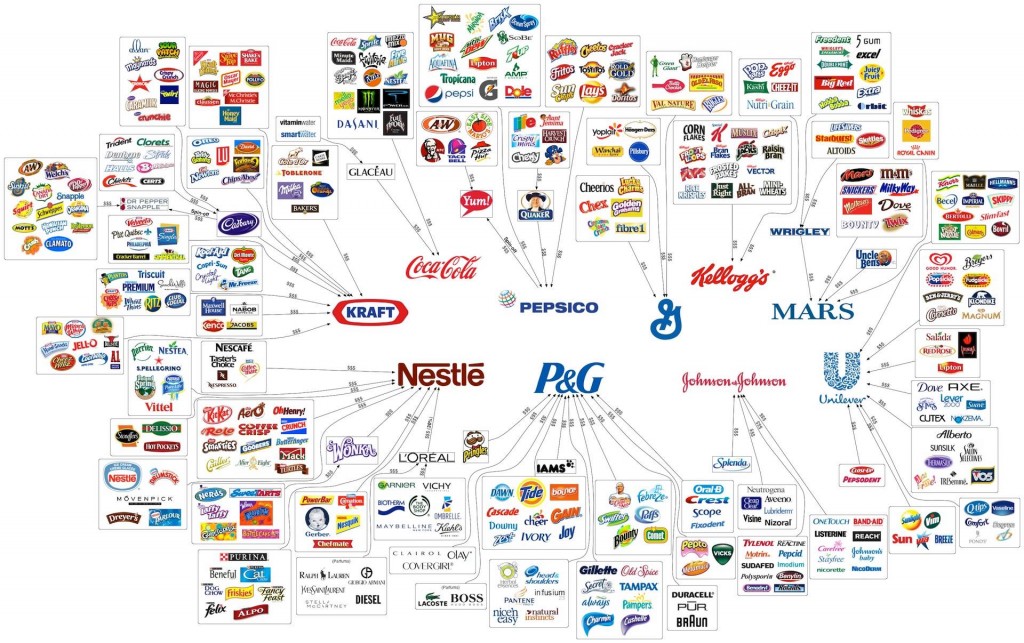