Around 37 million bees at a farm in Canada have died after GMO corn was planted in the nearby area, according to a local beekeeper.

Dave Schuit, a beekeeper who produces honey in Elmwood, Canada, claims that since GMO corn was planted in the nearby area, his farm has lost around 37 million bees (approximately 600 hives). According to reports, Schuit and other local beekeepers believe neonicotinoids, or “neonics” are to blame for the influx of bee deaths.

“Once the corn started to get planted our bees died by the millions,” Schuit said.

In Europe, the use of neonicotinoid class of pesticides has been removed from the market because they contaminate pollen and nectar, which ultimately damages and kills pollinators and other insects. However, despite the obvious dangers this chemical can cause, in the U.S the chemical is still widely used across the country.

Imidacloprid and Clothianidin, two of Bayer CropScience’s most widely used pesticide, both contain neonics and have been linked with many large-scale bee ‘die-offs’ in both European and U.S. countries. However, despite the dangers associated with the use of this chemical, the pesticides are still regularly used and sold on the market.

Despite their size, the impact bees have on the environment is almost unparalleled. In fact, bees are responsible for pollinating about one-sixth of the flowering plant species worldwide and approximately 400 different agricultural types of plant.

In 2010, bees helped provide over $19 billion worth of agricultural crops in the U.S alone – estimated to be roughly one third of the food we eat. As a result, it is not hard to see that bees are needed to sustain our modern food system.

However, despite their obvious importance in our ecosystem, bee populations have been rapidly dropping over the past few decades. In fact, 44 percent of honeybee colonies in the United States died off last year, the U.S. Department of Agriculture reported.

In the past, scientists have tried to conclude why bee populations are in rapid decline. While it is not been proven that pesticides directly kill the bees that come into contact with the chemical, many scientists believe there is a strong link between the use of the pesticide and a phenomenon they refer to as “colony collapse disorder” (CCD).

“We believe that some subtle interactions between nutrition, pesticide exposure and other stressors are converging to kill colonies,” said Jeffery Pettis, of the ARS’s bee research laboratory.

While the cause of CCD is still widely debated, some believe that “the neonicotinoid pesticides are coating corn seeds, and with the use of new air seeders, are blowing pesticide dust into the air when planted.”

However, according to a new study published in the Journal Proceedings of the National Academy of Sciences, neonicotinoid pesticides kill honeybees by damaging their immune system and making them unable to fight diseases and bacteria.

Although we are unable to definitively determine what is causing the terminal decline of bee populations around the world, using all the scientific evidence that is currently available, it is clear that pesticides are having a significantly negative effect on bee populations. 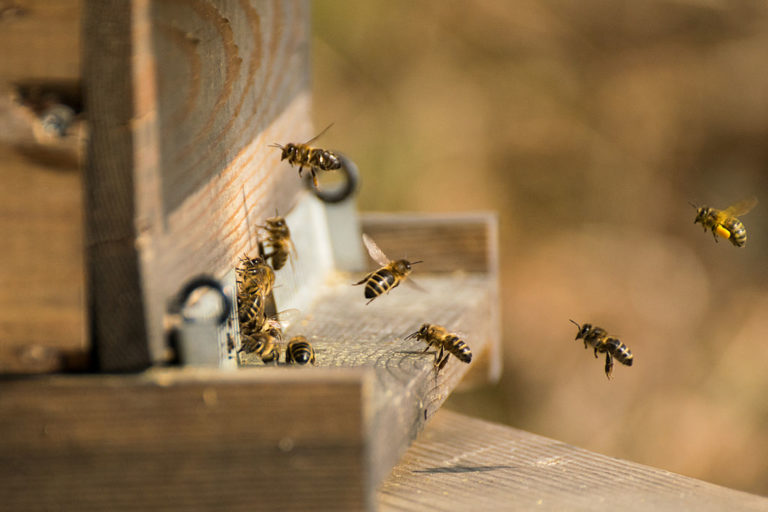 In fact, it seems more and more countries are also beginning to accept this idea. Canada has banned the use of Imadacloprid on sunflower and corn fields; France has rejected Bayer’s application for Clothianidin; Italy has now banned certain neonicotinoids; and the European Union has banned multiple pesticides.

At this moment in time, EU scientists are reviewing the EU-wide ban on three neonicotinoid pesticides. By the end of January 2017, the EU scientist will finish their risk evaluation and determine the status of the chemical.

Although the United States have yet to follow suit, several states – including California, Alaska, New York, and Massachusetts – are currently considering legislation that would ban neonicotinoids. In fact, just last month Maryland came the first state to pass a neonic-restricting bill; Maryland’s Pollinator Protection Act  has eliminated consumer use of neonicotinoids in the state.

See also: Morgan Freeman Changed His 124 Acre Ranch Into A Bee Sanctuary To Help Save The Bees

Originally written by number23 and published on Anon HQ