Discovered on the grounds of the local cement company (Sucre’s Fabrica Nacional de Cemento SA/Fancesa), it´s the largest concentration of dinosaur tracks in the world.

The footprints were first discovered by miners in 1985, but it was only between 1994 and 1998 that the site’s importance was fully realized. 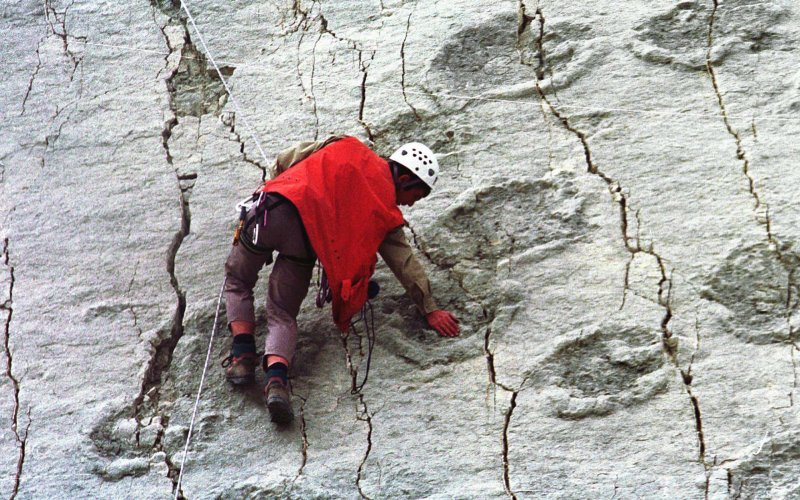 In 1994, workers discovered a huge limestone wall, 1.2 km long and 80 meters high, that was absolutely covered by thousands of dinosaur footprints.

According to him, the discovery marks an enormous contribution to humanity and to science, revealing data heretofore unknown and “documenting the high diversity of dinosaurs better than any other site in the world”. 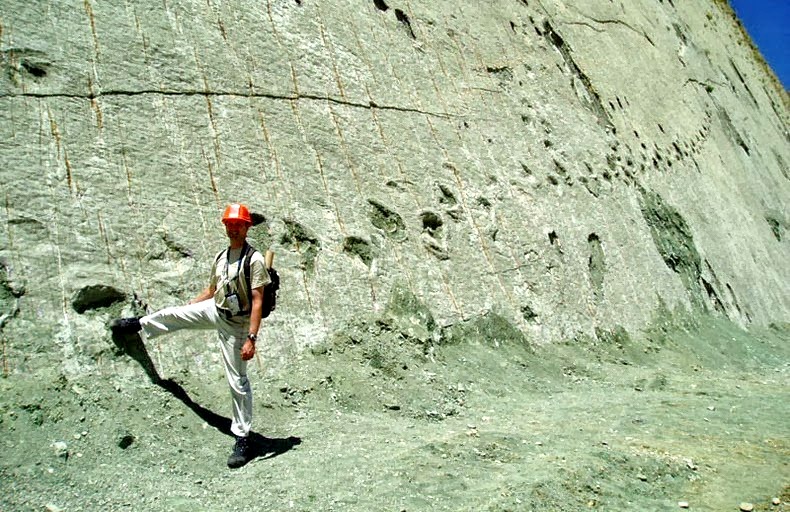 The dinosaur tracks of the Cal Orck’o paleontological bed date from 68 million years ago and there are more than 5,000 footprints from 293 species of dinosaurs, all made during the second half of the Cretaceous period.

The location used to be the shore of a former lake, which, as an important water sauce, attracted a large number of both herbivorous and carnivorous dinosaurs.

It is amazing that almost all of the prints are so well preserved that scientists can tell exactly what species they were made by. Some of the dinosaurs whose tracks have been found are the Ankylosaurus, the Titanosaur, and Carnotaurus.

Perhaps, the most spectacular set of tracks is 347 meters long, the longest dinosaur trackway ever found, and was made by a baby Tyrannosaurus Rex nicknamed “Johnny Walker” by researchers.

In 2010, a section of the wall broke off, destroying some of the tracks but revealing another layer underneath. It is believed that there are multiple layers of tracks below the currently visible top layer.

Read also: Research Claims By 2020 We Will Face The Biggest Mass Extinction Since The Dinosaurs!

Originally taken from The Vintage News