Google Earth enables us to explore the world from the comfort of our armchairs – in ways that previous generations could only dream about. Moreover, after the novelty of zooming down on our own houses wears off, many of us begin exploring further afield – and that’s when things start to get really interesting. Sure, we’ve discovered some amazing things, but we’ve also come across some scary or weird stuff – and these 12 images are cases in point. 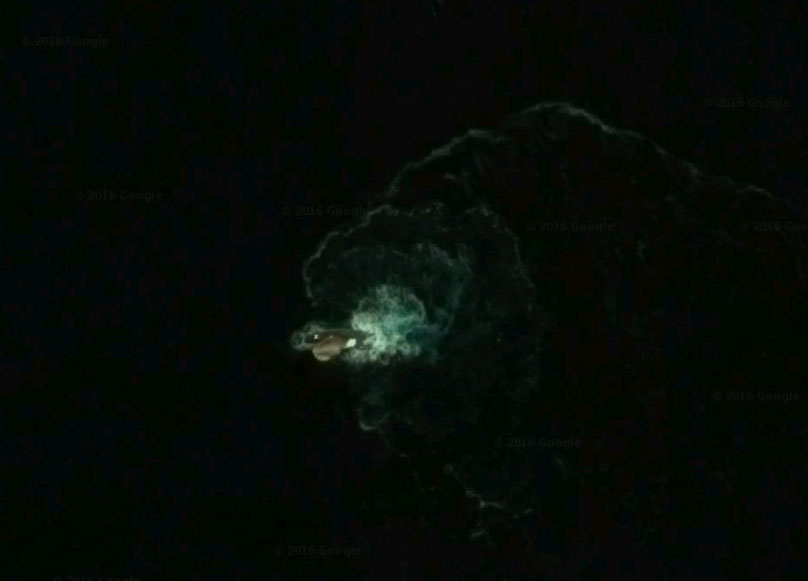 The Kraken, the well-known mythical Nordic sea monster, appears to have migrated to Antarctica; at least, that’s what this terrifying Google Earth image suggests. And while it’s difficult to make head or tail of the thing, at least sailors know exactly which stretch of sea to avoid – which, if you’re wondering, is just south-west of Deception Island. 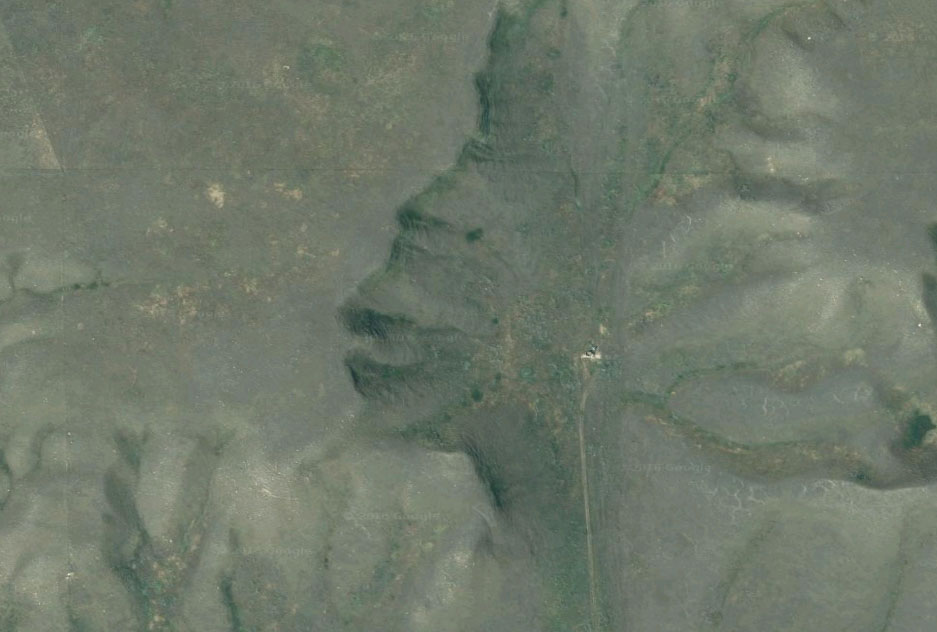 The huge face in the clay in Alberta, Canada, is known as the “Badlands Guardian” or, for obvious reasons, the “Indian Head.” And although it might look as though it’s been carved by hand, this near-perfect formation – which faces due west – is actually solely the work of Mother Nature. 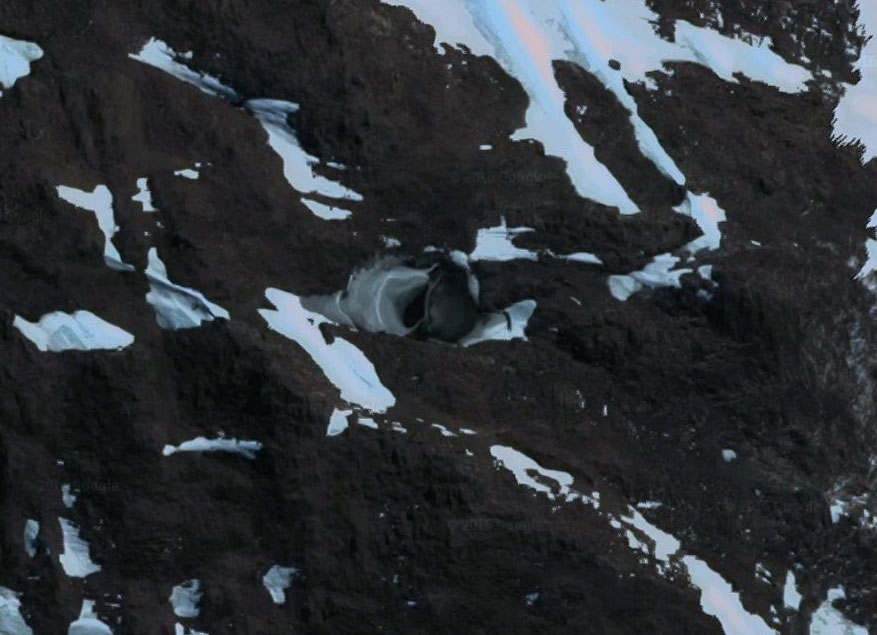 This Google Earth image taken over Antarctica has sent some conspiracy theorists into a frenzy. Why? Because they reckon this gaping hole in the frozen rocky landscape could mark the entrance to a UFO base – one with a metal canopy, no less. However, others think it’s nothing more exciting than a cave.

Watch: Russians Found Proof of Anunnaki Civilization In Antarctica. Get Ready For Disclosure! 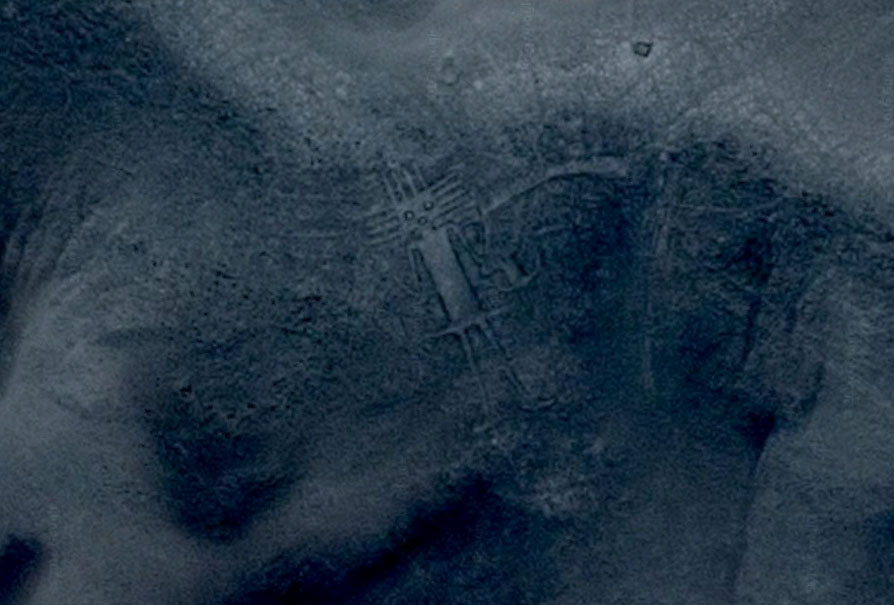 It may look like a giant anthropomorphic cat, and a super creepy one at that, but this is actually Chile’s Atacama Giant – the largest figure of its kind on the planet. Measuring 390 feet from top to bottom, the giant – which resides in a particularly desolate environment – was worshipped between 1000 and 1400 AD. 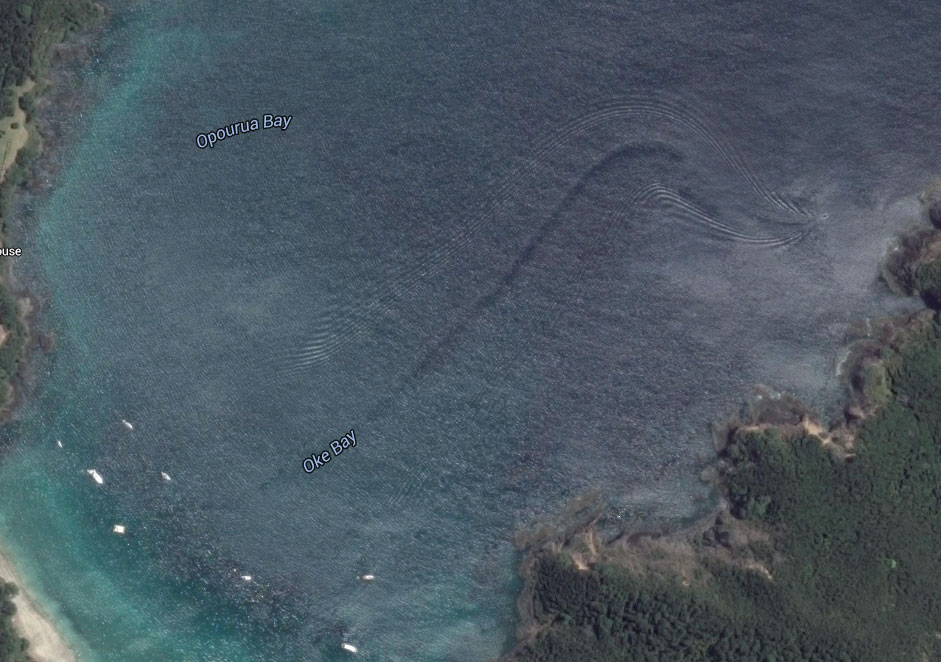 Something big is going down in New Zealand’s Oke Bay – at least, it is if this huge wake is anything to go by. Pita Witehira, a local engineer who spotted it on the ground, told Daily Mail Australia that it had likely been caused by a beast 40 foot long. “‘It’s way too wide for a shark and way too long,” he insisted. “It’s got to have a lot of weight under the water to create that kind of drag.” 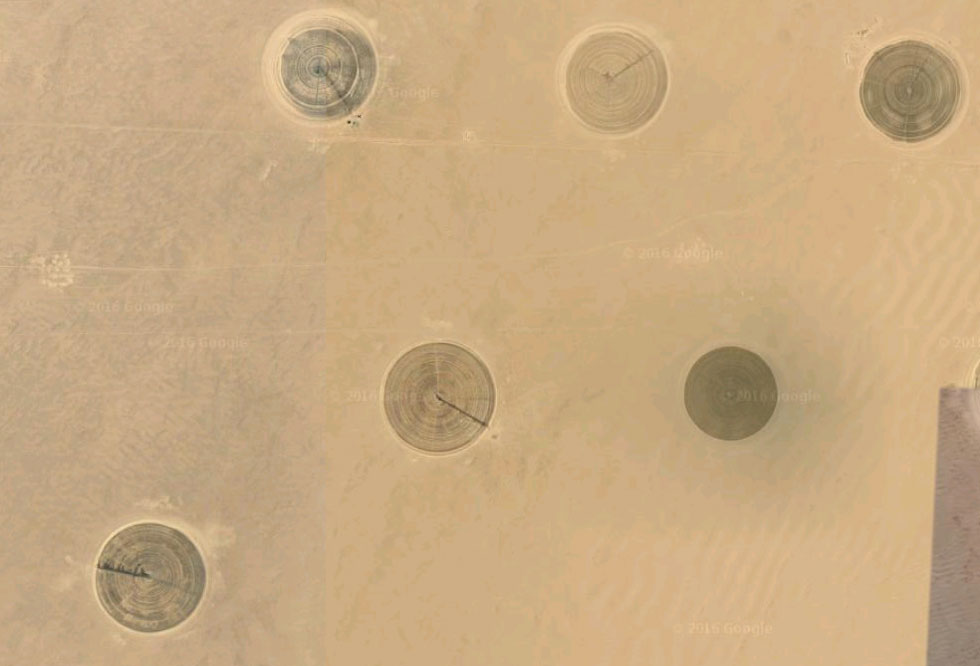 Libya seems to have a thing for perfectly round holes in the desert. Check out these ones, which are just some of the many that litter a desert region in the east of the country. These seem especially sinister not just because of their size – each is around 3,500 feet wide – but also because of how many there are. 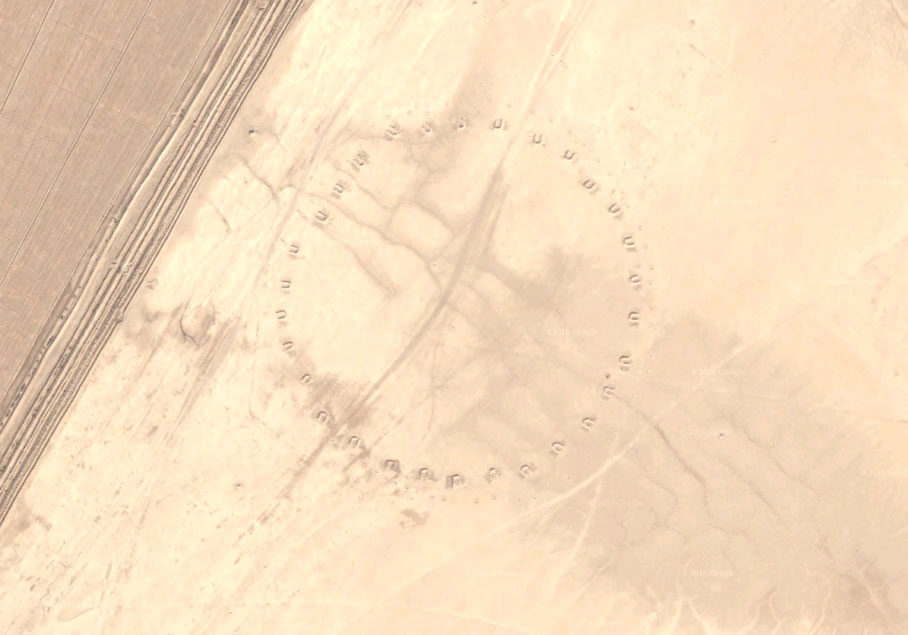 Any round holes in the desert that Libya can do, Iraq can do too. However, this one in the Middle Eastern nation seems a little different; it isn’t quite a perfect circle, and it doesn’t appear to serve an actual purpose. Why, then, was it created in the sand? To guide alien crafts, perhaps? 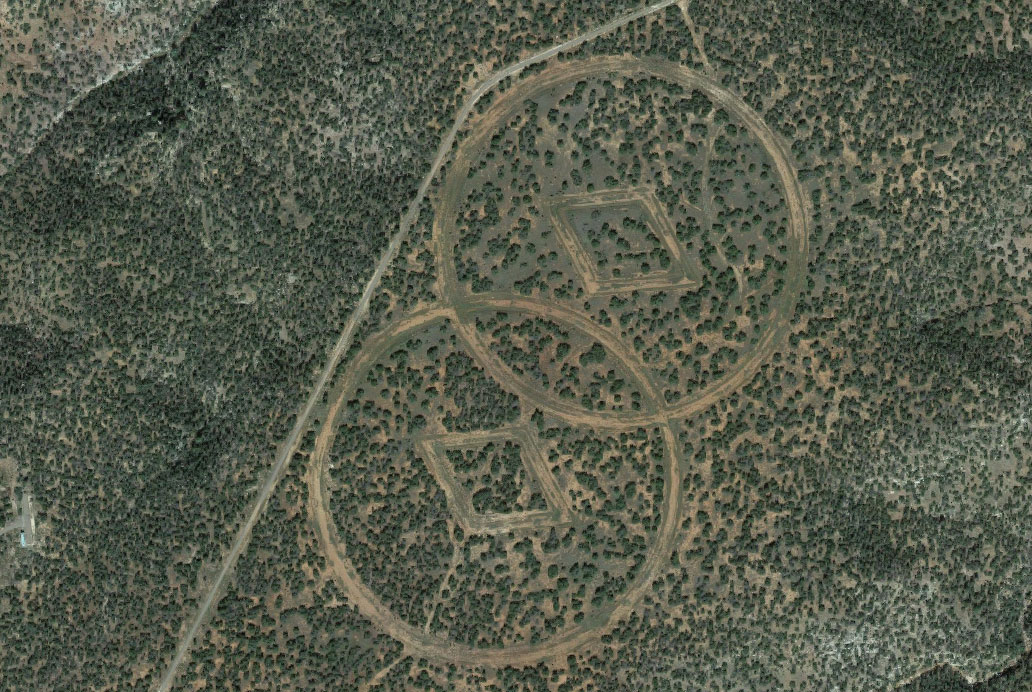 At first glance, these appear to be some perfectly symmetrical crop circles, but they’re actually the work of the Church of Spiritual Technology. The symbols are proudly displayed at the Scientology-affiliated institution’s Trementina Base in New Mexico. And, in addition to it looking rather cool from space, the facility’s purpose is to preserve the work of L. Ron Hubbard, the church’s founder. 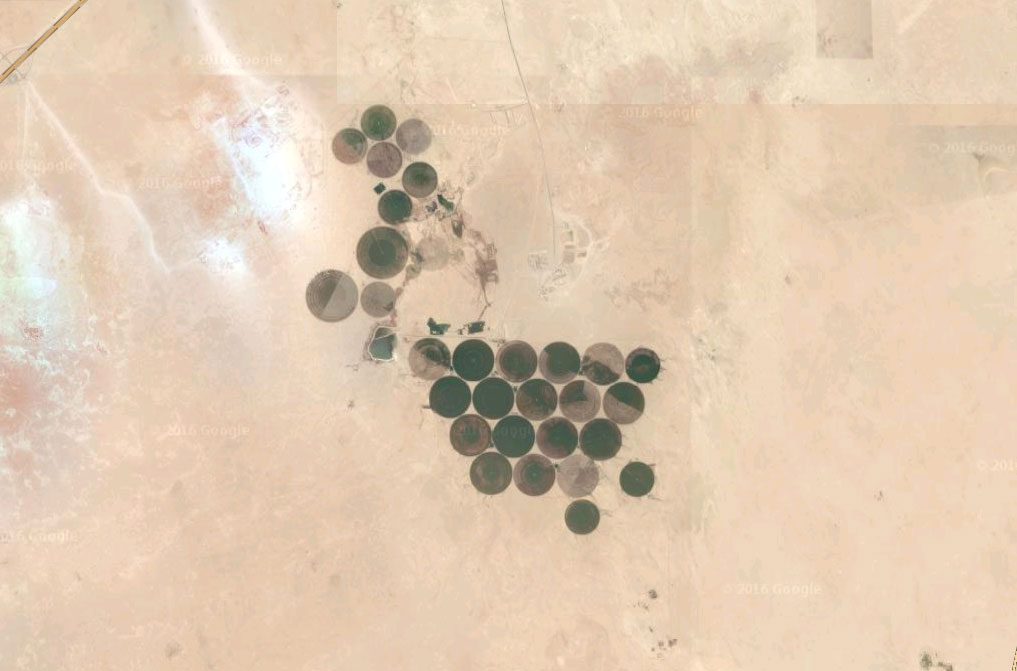 There’s something about the desert and huge circles. This aerial shot was taken over the small peninsula nation of Qatar, whose round irrigation systems are especially tightly packed. This arguably makes them look more sinister – and, one wonders, is there greater symbolism at work here? Then again, the shapes do collectively resemble a giant seahorse, which is kind of cute. 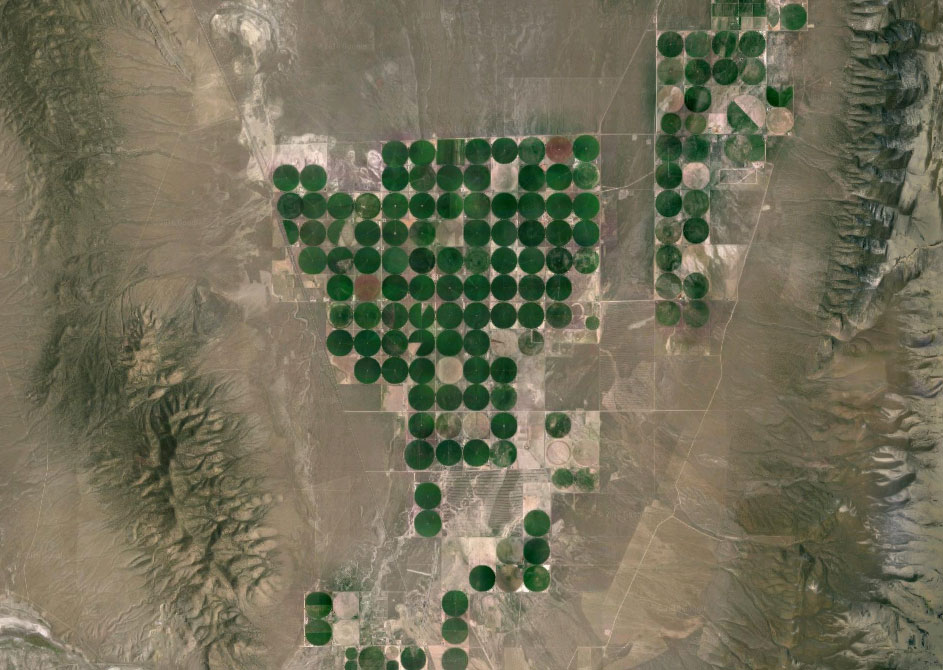 Like elsewhere in the world, Nevada seems to have circular irrigation systems, too. These bright green ones, some of which resemble a hungry Pac-Man, belong to the Eureka County Public Works. And there’s something strangely entrancing about them when viewed from above, even if they do look totally out of place in their surroundings. 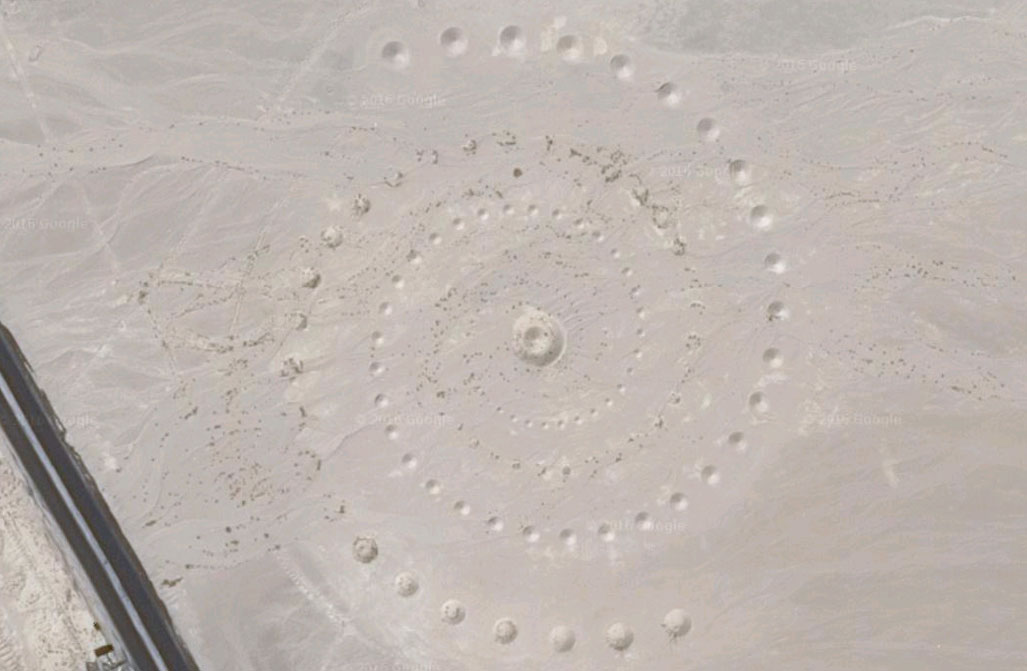 Surely this huge, perfectly formed sand spiral in Egypt – located not far from the Red Sea – is some kind of sign for alien spaceships, no? On the contrary, it’s actually a one-million-square-foot installation, created by artists Alexandra Stratou, Stella Constantinides and Danae Stratou, that’s been in situ since 1997. Furthermore, it even has a name: Desert Breath.

Mongolia’s Gorkhi-Terelj National Park is a popular spot for vacationers and rock climbers, so presumably some have stumbled across this dancing man beside the Tuul River. Quite why he’s busting a groove out there is a bit of a mystery – and that’s if he really is dancing. It’s almost as if he could be running away from somebody.