Can science — which approves reason and evidence, and denounces faith and religion — really prove or disprove the existence of God? Can highly respected scientists — long perceived as the champions of atheism — change their mind? Can the creator of universe be caught on video? Well, there is scientific evidence that the universe was created by an intelligence — and, for the first time, science has proof that the universe was created out of nothing.

In 2004, English philosopher and the world’s most famous atheist Antony Flew did a volte-face to conclude that some sort of intelligence must have created the universe. In short, based on scientific evidence, he proved the existence of God. In a video title Has Science Discovered God?, Flew said:

“I’m thinking of a God very different from the God of the Christian and far and away from the God of Islam, because both are depicted as omnipotent Oriental despots, cosmic Saddam Husseins. It could be a person in the sense of a being that has intelligence and a purpose, I suppose. Research into DNA had shown, by the almost unbelievable complexity of the arrangements which are needed to produce life, that intelligence must have been involved.”

A decade later, Israeli scientist Gerald Schroeder, a Massachusetts Institute of Technology graduate with over thirty years of experience in research and teaching, claimed science has proven the existence of God as described in Genesis. In a five-minute video, Schroeder proved that the universe was created out of nothing by a “force of nature” described almost exactly as the God of Genesis in the Bible.

Then in 2015, an image captured by specialist NASA telescopes sparked speculation that God had been discovered 17,000 light years away. The Sunday Express reported:

“The space agency’s Nuclear Spectroscopic Telescope Array — or NuSTAR — was aimed at a pulsar (or neutron star) called PSR B1509-58 a staggering distance from earth. What they were sent back was a spectral vision of an outstretched hand — which has become known as the Hand of God. The ‘hand’ is believed to be the remnants of the star which went supernova and ejected an enormous cloud of material – leaving pulsar PSR B1509-58 in its wake. The remnant cloud when viewed via high-energy X-rays shows up as a green, red and blue hand, a staggering 175 light years across.” 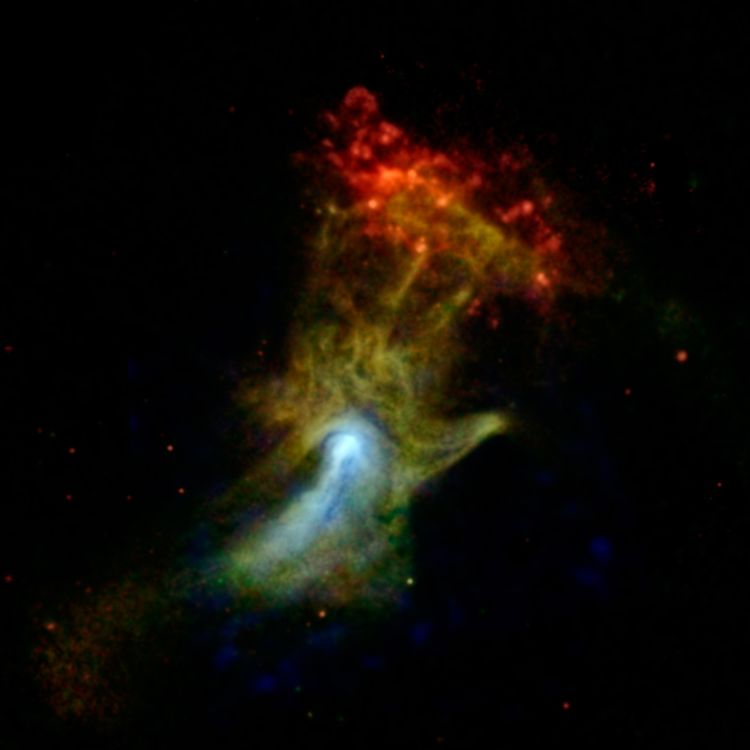 Recently, Michio Kaku, theoretical physicist at the City College of New York and known as one of the developers of the revolutionary String Theory that describes how all particles are actually vibrating strings, and how these strings propagate through space and interact with each other, found evidence of a Higher Being, which he described as the action of a force “that governs everything”.

“I have concluded that we are in a world made by rules created by an intelligence. Believe me, everything that we call chance today won’t make sense anymore. To me it is clear that we exist in a plan which is governed by rules that were created, shaped by a universal intelligence and not by chance. The final solution resolution could be that God is a mathematician. The mind of God, we believe, is cosmic music, the music of strings resonating through 11-dimensional hyperspace.”

Originally written by Vandita and published on Anonhq