A new theory from UFO experts is doing the rounds after NASA images seem to confirm their idea.

They believe that alien spacecrafts are gathering close to the surface of the sun, and are sucking solar power away.

The NASA images seem to show a white spot which is joined towards the sun’s surface with a ‘connected line’.

One YouTuber StreetCap1 asked the question last week: “Is this a massive UFO feeding off sun energy” as he uploaded the video footage.

He said: “The fact that the UFO is a different color and shape to the rest of the ‘Connected Line’ is what convinced me to upload this.

“I was not a great believer in this Plasma SUN Energy Theory, but this has got me thinking.” 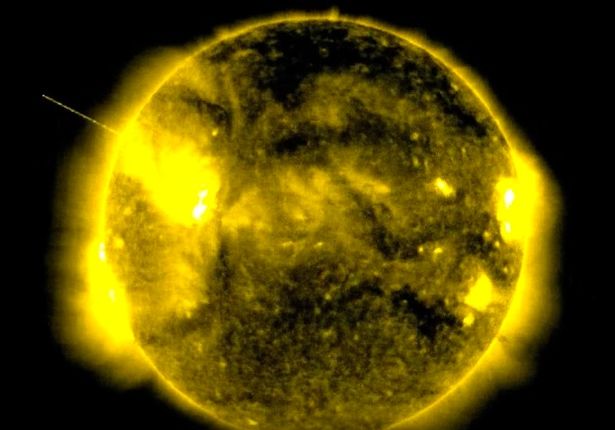 While UFO blogger Scott C Waring, who runs the website UFO Sightings Daily added his thoughts on the images too.

He said: “This is definitely a UFO shot out of the sun yesterday.

“It may have been using the sun’s energy to fuel itself or to recharge in some way, but it’s leaving at high speeds.” 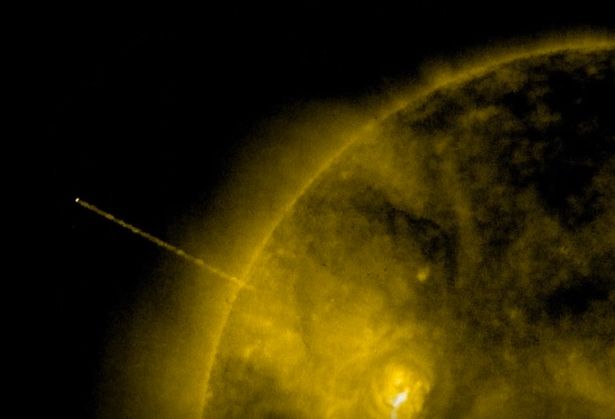 These images reportedly show the white imprint of a UFO (Photo: YouTube/Streetcap1)

He also pointed out that the UFO is a somewhat glowing white, but the sun’s plasma is yellow.

He added: “This will imply that the craft is made from a different material that is resistant from the sun’s surface.” 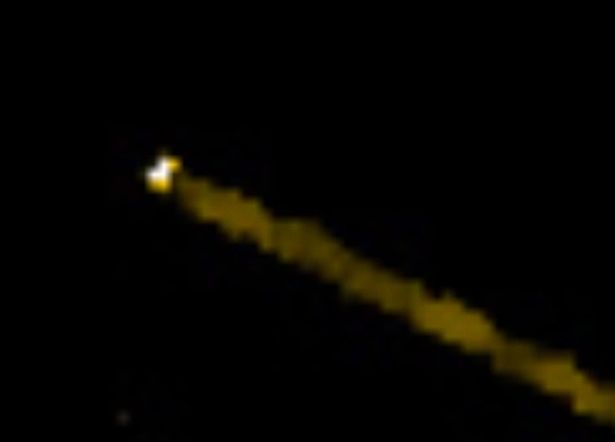 This is definitely NOT the first time someone has spoted this bizzare enitties feeding off the sun.

Watch: It’s OFFICIAL! China Admits To The Existence Of UFOs And Aliens

Originally written by Kelly-Ann Mills and published on mirror.co