Crop circles have always been a mystery for the entire scientific community. They have been appearing around the entire globe, out of nowhere, for decades but some of the more recent formations are truly mind-boggling.

The latest reported case of crop circles in the UK is one of the most enigmatic ones in recent years and has fascinated a number of veteran crop circle researchers who have seen plenty of these in their lifetime and are not easily impressed.

The amazing crop circle just appeared on a farm in the UK and it’s a 300 foot figure, covering an area or 2 acres. There are numerous mysterious symbols within the circle which as researchers say are supposed to represent 20 astrological symbols, all lined up around the edges of the circle. 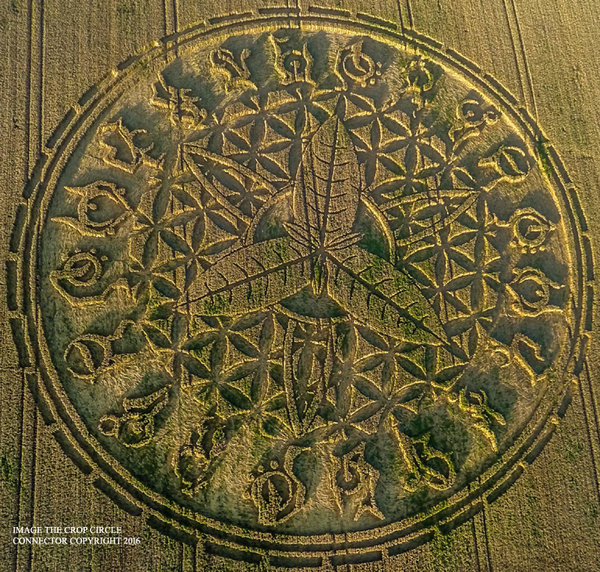 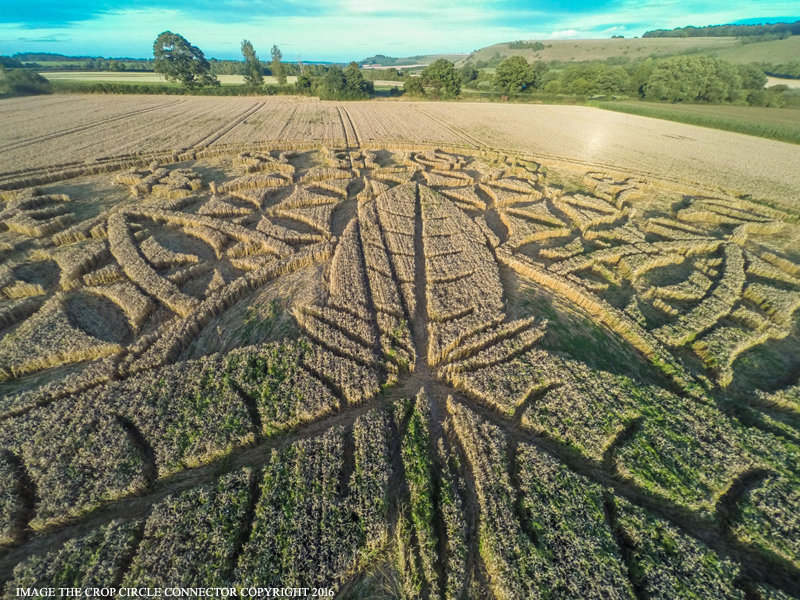 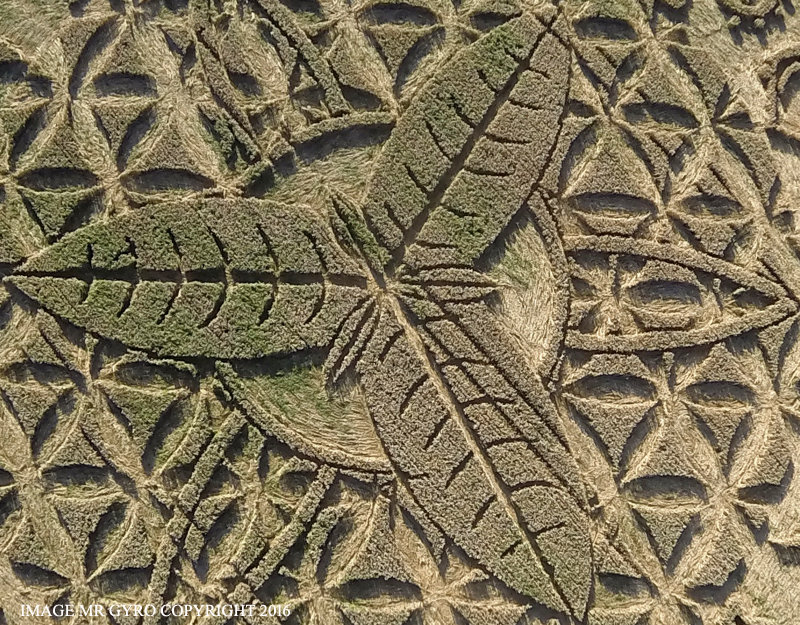 The farm where the crop circle appeared is private property and the family that resides there said that the strange formation appeared right after they returned from a vacation. The crop circle has a very elaborate design but the strange thing is that the owners of the farm didn’t notice any evidence of human tempering anywhere near the formation and no one reported anything strange in the vicinity before the circle appeared.

Colin Andrews, a prominent investigator, wrote on his Facebook page: “I’ve traveled the world for over thirty years investigating crop circles and have never seen anything quite as impressive.”

Andrews is currently researching the formation and he’s certain that the source of the mysterious crop circle will soon be discovered.

Since a big area of the family’s property had been destroyed by the formation, they’ve decided to start charging for admission in an effort to restore their loss.

Even though crop circles pop up every now and then and a number of experts are investigating them they are still one of the most mysterious and enigmatic phenomenon indirectly linked to UFOs.

The majority of renowned scientists dismiss them as being elaborate scams with the sole purpose of individual gain and profit but there are also those who have gotten very intrigued and interested in these anomalous formations. Richard Taylor, a respectable physicist from the University of Oregon, is one of the few scientists who believe there is something to these formations. Back in 2011, in an issue of Physics World, he had a paper published about Crop Circles, where he stated the following:

“Crop circle arts are not going to give up their secrets easily. This summer, unknown artists will venture into the countryside close to your homes and carry out their craft, safe in the knowledge that they are continuing the legacy of the most science-oriented art movement in history.”

We can’t turn a blind eye and act as if crop circles don’t exist. They exist and are a perplexing phenomenon, no doubt, but the real question remains how and who is creating them? I guess we’ll have to wait a bit longer to find out, but the answer will come sooner or later.

“The patterns of the formations themselves have been studied endlessly. Aside from being supremely beautiful, many seem to be messages in one form or another, often with cosmological implications. None seems ominous or evil. If one receives any sense or feeling from them, it is benevolence. If it were to be the case that these formations are created by an extraterrestrial or non-human intelligence, we might conclude that at least one of the groups here might, in fact, care about us and wish to help us.” – Richard Dolan

See also: In 1974 Scientists Sent This Message Into Space, But In 2001 We Received SHOCKING Response!

Originally taken from The Event Chronicle