As humanity turns its gaze increasingly outwards in search of life on distant planets, a Russian deep-sea fisherman has reminded us of the incredible biodiversity lurking in the inner depths of our own world – most of which we still know literally nothing about.

Working on a trawler based in the port of Murmansk, Roman Fedortsov has certainly seen a thing or two on his adventures in the icy waters of the Barents Sea. And while we shouldn’t be celebrating the fact that so many exquisitely unique deep-sea creatures have been accidentally caught up in the fishing nets cast by Fedortsov and his crewmates, his collection of alien-like fish does at least give us an opportunity to study some of the planet’s most bizarre creatures.

Displaying his collection of deep-sea monsters on his Twitter and Instagram pages, Fedortsov reveals animals like the amazing ghost shark, or chimaera as it is otherwise known. Living at depths of around 2,600 meters (8,500 feet), these eerie creatures are extremely elusive, and were only filmed for the very first time earlier this month. 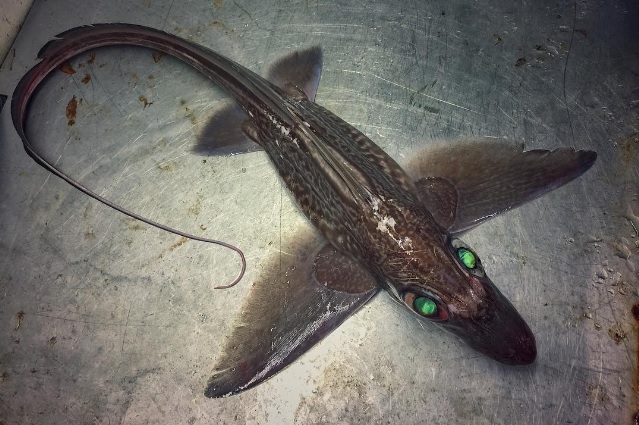 Ghost sharks’ eyes only glow green when they are in the light, and remain black in the darkness of the deep sea. In fact, blackness is a common feature of many predators living in the murky depths, as this ensures they absorb rather than reflect the small amount of light that reaches their habitat, ensuring they remain invisible to prey.

Read: What Scientists Just Found Deep In The Ocean Is Seriously Unbelievable. I’m Still In Shock!

Similarly, red wavelengths of light don’t penetrate to the deep sea, so fish with red skin do not reflect any light either and are impossible to see. This specimen, which appears similar to a deep-sea redfish, is the perfect example. 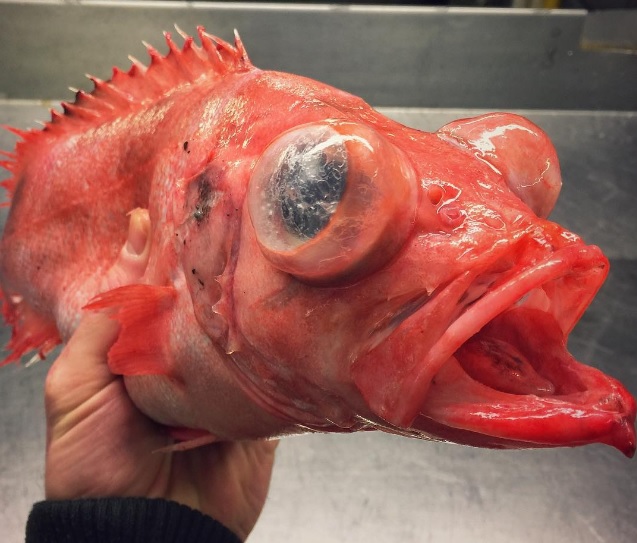 Likewise, this weird looking grenadier, also known as a rattail, has a reddish hue. 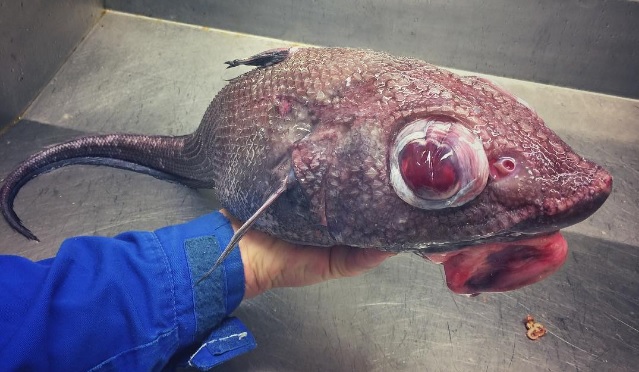 Among the more terrifying creatures in Fedortsov’s collection is this frilled shark. 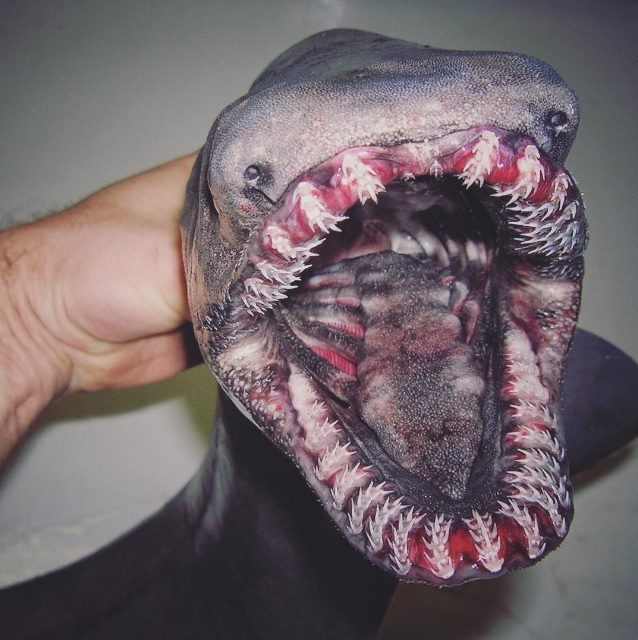 While this black scabbardfish is equally nightmarish. 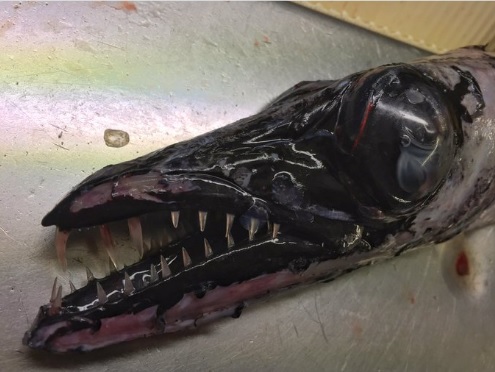 This charming fellow is not identified by Fedorstov, but we think it could be a fangtooth. 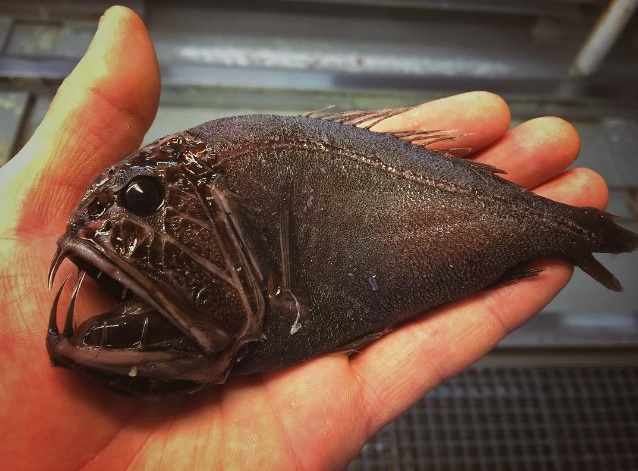 And it’s not just fish that occupy the ocean deep. This hand-sized sea spider was also found in one of the fishing nets. 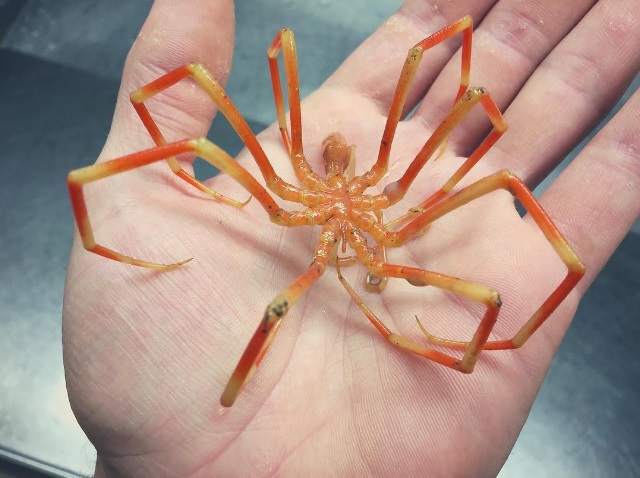 Then there are a whole host of creatures that have yet to be identified, some of which look like they belong in outer space rather than the ocean. 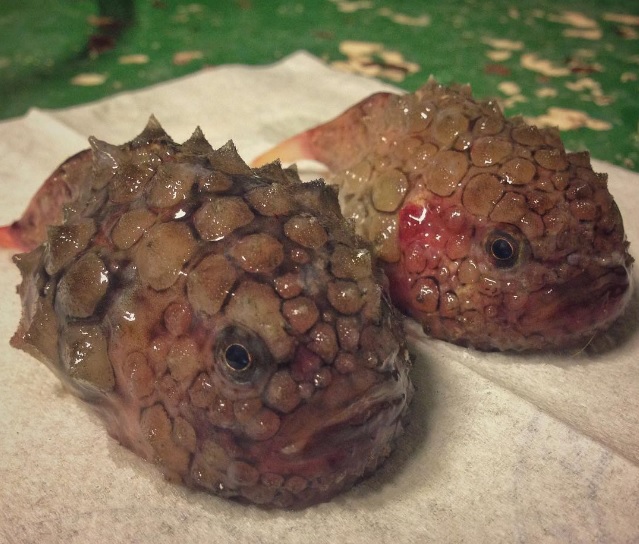 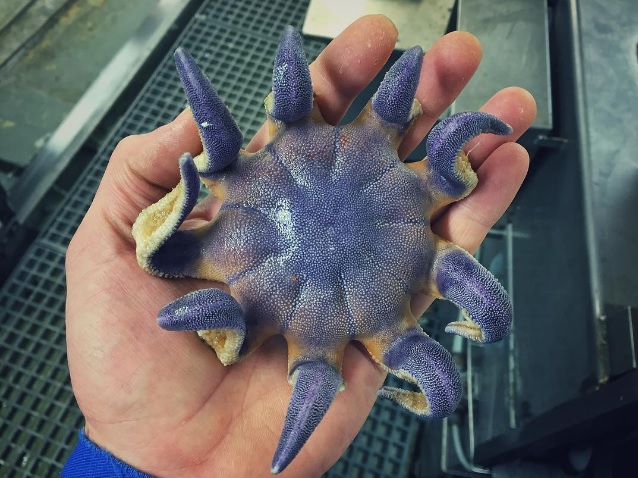 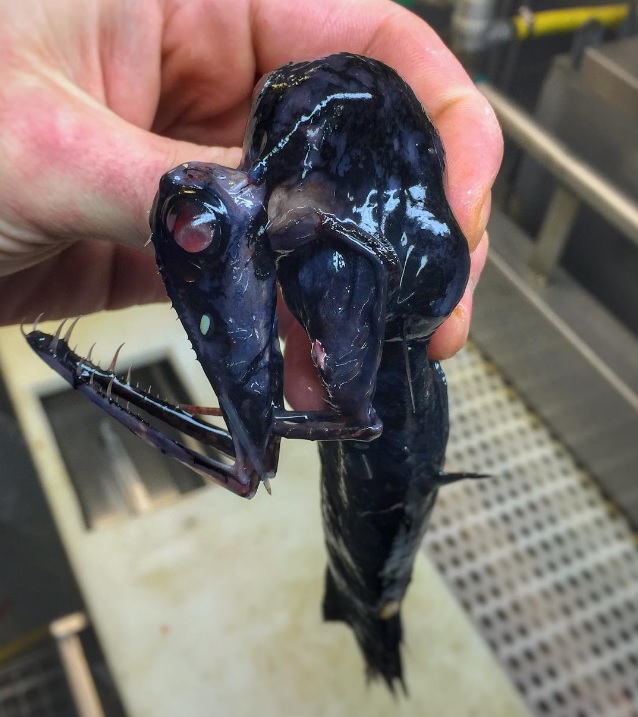 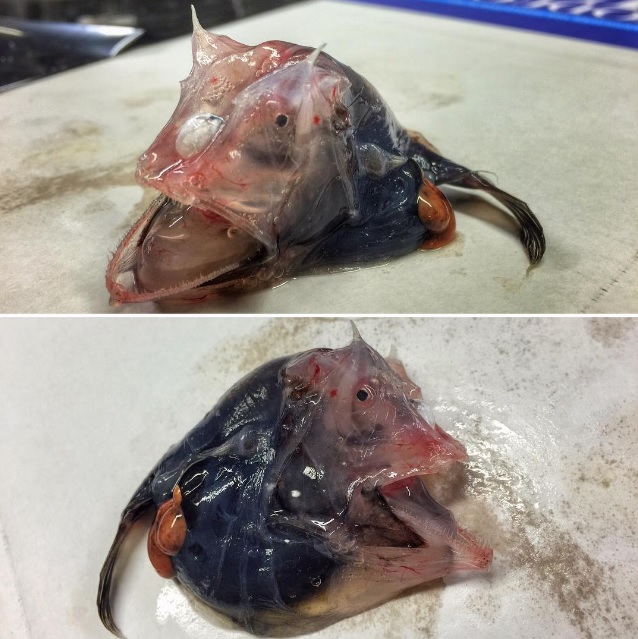 And some are basically just giant heads. 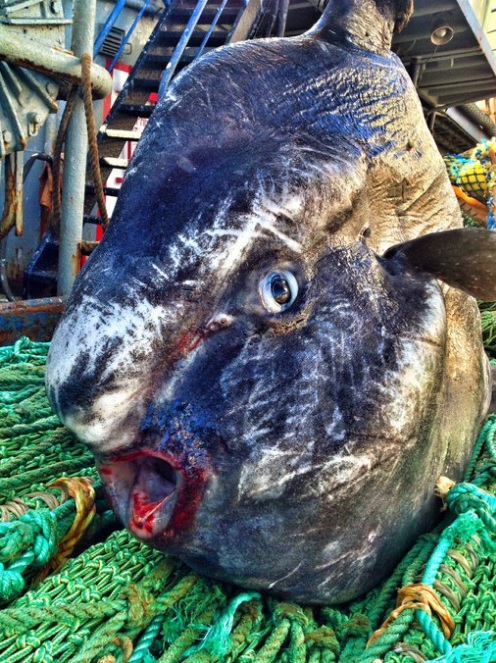