Human cruelty knows no bounds. People aren’t the only witnesses, and in some cases victims of our harsh, unkind, egotistical, and power hungry ways. Animals are often the victims of abuse by humans and nothing seems to save them from such a deadly wrath. The number of animal abuse cases has increased exponentially everyday. In fact, millions of animals are abused or killed according to the Humane Society of America. This just so happens to be one of those tragic cases and it involves a dog’s four-year long ordeal and it will break your heart.

Diesel, the dog has been chained up for four years!

He comes from the Yukon, an area in Canada that is deemed as one of the coldest places in the region. In fact, no other place is known to get as cold as it does in the Yukon. So imagine how agonizing it must have been for Diesel to remain outdoors in these harsh conditions for a span of four years? He was chained up outside of a house, which made it impossible for him to escape to a warmer area. 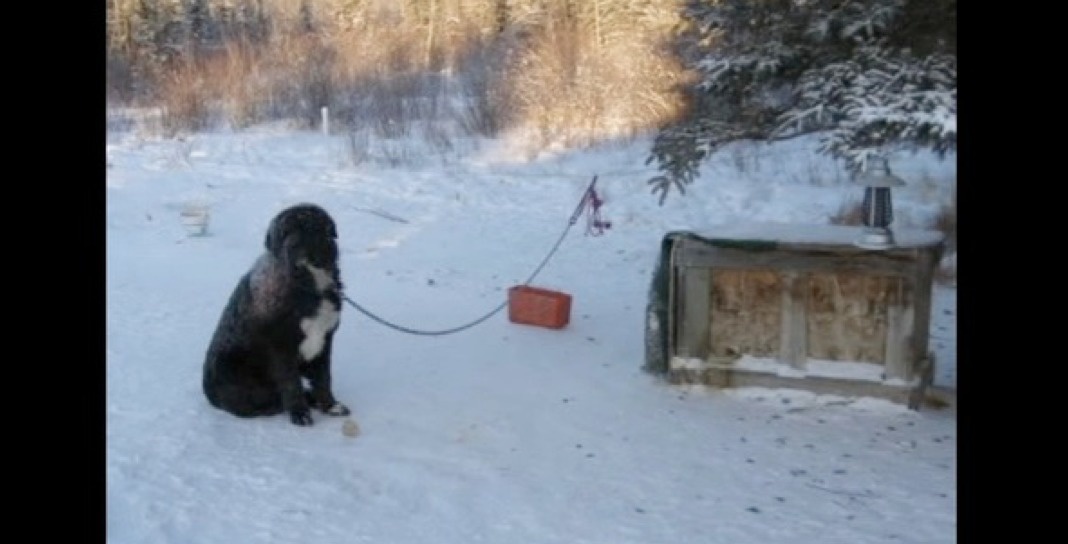 It didn’t matter if the sun was shining, or if it rained or snow. Diesel never saw the inside of his house.

Instead of staying inside where it’s nice and cozy, Diesel had to endure the outdoor temperatures, which plummeted as low as -76° F. If that weren’t punishment enough, his owner never provided him with water nor did he clean up the dog’s feces. So poor Diesel smelled awfully bad. It’s astonishing to even fathom that this dog was able to survive at all. 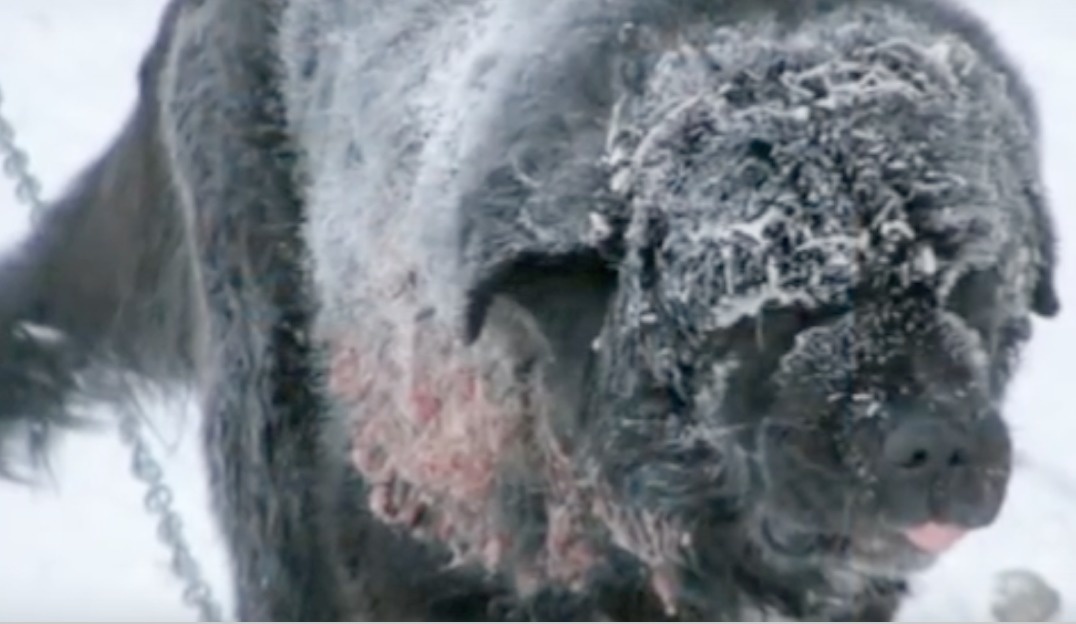 The near arctic weather conditions wasn’t Diesel’s only problem.

If you thought that Diesel’s ordeal ended with the bad weather conditions, then you’re mistaken. He was a victim of attacks by other animals as well. His vulnerability made it easy for other animals to attack him. During this time, he was attacked by several dogs and suffered an injury on his shoulder. A horse kicked the poor dog breaking all his teeth too. The neighbor that found Diesel in this awful condition said, “He is matted terribly. He stinks something awful and his eyes and nose don’t look all that healthy. He’s always leaking mucus from both.”

In a frantic pursuit of help, the neighbor wrote to the Animal Advocates Society…

Watch: They Put A Dog Inside His Jail Cell And Started Filming. Now Watch What The Inmate Does…

Originally written by Camila Villafañe and published on Life Buzz