Trees and plants provide shelter, food, pure air, and many other useful benefits to humans.

Researchers studied houseplants as a way to purify the air and observed that some of the volatile organic compounds (VOCs) are filtered out from the air by several indoor plants.

Although these studies were undertaken in the space facilities by NASA and collaborators, it is believed that indoor plants can also help clean indoor air.

Read also: According To NASA There Are 9 Houseplants That Clean The Air Which Are Almost Impossible To Kill!

Besides other benefits, money plant (Scindapsus aureus, or Epipremnum aureum) is believed to bring prosperity and luck!

Scindapsus aureus is the scientific name of the “money plant” grown in homes in Asia. Epipremnum aureum is another scientific name that many consider synonymous. Besides “money plant,” other commonly used names for this plant are “pothos,” “silver vine,” “devil’s ivy,” “and “Solomon Islands ivy.”

This plant is native to Southeastern Asia and New Guinea. It belongs to the Araceae family, which contains more than 100 genera.

The plant is called a money plant because its leaves (round, flat, heart-shaped, dark green, and plump) resemble coins. It is a perennial and may be grown as either a trailer or a climber. Young plants bear three- to four-inch-long heart-shaped leaves. This plant is grown mainly indoors.

Feng Shui principles regard money plant as one of the best plants to purify air polluted with synthetic chemicals from furniture and cleaning solutions. It energizes the home by filtering air and increasing oxygen inflow.

Feng Shui experts recommend keeping one plant near each computer, television, or WiFi router. Placing a money plant in front of a sharp corner or angle reduces anxiety and stress. It also helps avoid arguments and sleep disorders.

After all, sentiments and moods play a great role in energizing people and encouraging them to work relentlessly to achieve goals.

Vastu experts say plants activate positive energy in our day-to-day lives. They recommend planting money plants inside the house as they bring good luck. They do not recommend growing them outside in the garden, however.

Vastu experts recommend planting money plants inside the house as they bring good luck. They, however, do not recommend growing them outside in the garden. Dried leaves should be plucked off from the wine to draw the luck related benefits since dry leaves make the plant less attractive. It has been gathered from the experience of growing money plant as indoor plant that soil less plants should be grown inside the house as growth of it gets retarded in the open. Vigorous growth of plant, however, takes place when planted in the tilled soil with proper watering and nutrient application.

Other Beliefs About Money Plants 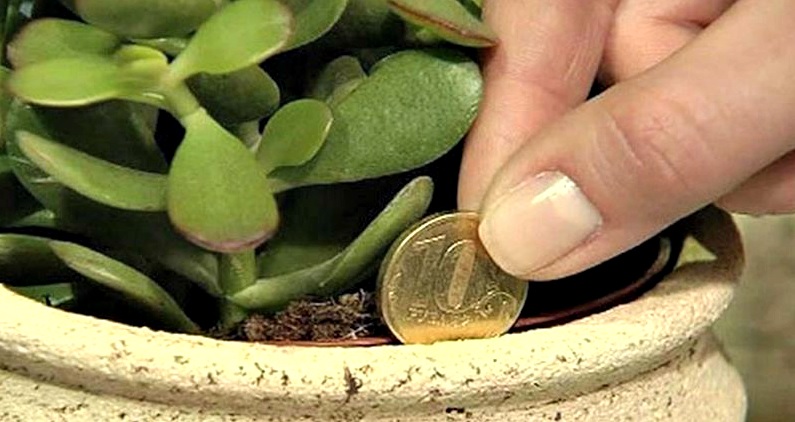 According to a popular belief, a money plant loses its power if it is grown from one’s own cutting. Giving a money plant or its cuttings to others symbolizes giving your wealth to them.

House owners get more money or become richer if they propagate this plant using stolen branches or cuttings. According to another belief, the person whose house the cuttings were stolen from stands to lose his money. I don’t wish to spread misconceptions or convey the wrong notion, but I have observed this to be true in a few cases. In one case, a homeowner’s bike was stolen a few days after clippings of their money plant were stolen. However, nobody can say with full confidence whether the bicycle theft was the effect of the money plant theft, or just a coincidence.

An item in the newspaper said that the economic condition of the members of a household was likely to deteriorate if downward-growing branches of money plant could be found in the house.