Last year – although a rather grim one by other measures – was a splendid one for research. From gravitational waves to cooing dinosaurs, we’ve uncovered a lot about the world around us, but as a remarkable new study has revealed, there’s a lot within us we’ve yet to discover too.

Writing in The Lancet Gastroenterology & Hepatology, scientists have officially announced the discovery of a new organ inside the human body.

That’s right! There’s a brand new organ hiding in our abdomen and it’s only just been classified.

Known as the mesentery (meaning “in the middle of the intestines”), it can be found in our digestive systems. Leonardo da Vinci actually gave one of the first descriptions of it back in the day, but until around 2012 it was thought to be a series of separate structures keeping the intestines attached to the abdominal wall, like a series of support girders.

A team from the University of Limerick, however, used complex microscopy work to confirm that the structures are all interconnected and appear to be part of one overall structure. Much of the research was conducted on patients undergoing an operation to remove most or all of their colon.

Read after: WOW! You Can Tell Which Organ You Can Cure By The Look Of The Fruits And Vegetables

Having been taught to medical students since 2012 as being a new organ, it has now been added to the famous Gray’s Anatomy textbook and described in this new paper.

“In the paper, which has been peer reviewed and assessed, we are now saying we have an organ in the body which hasn’t been acknowledged as such to date,” Calvin Coffey, a professor of surgery at the University of Limerick and coordinating author of the study, said in a statement. 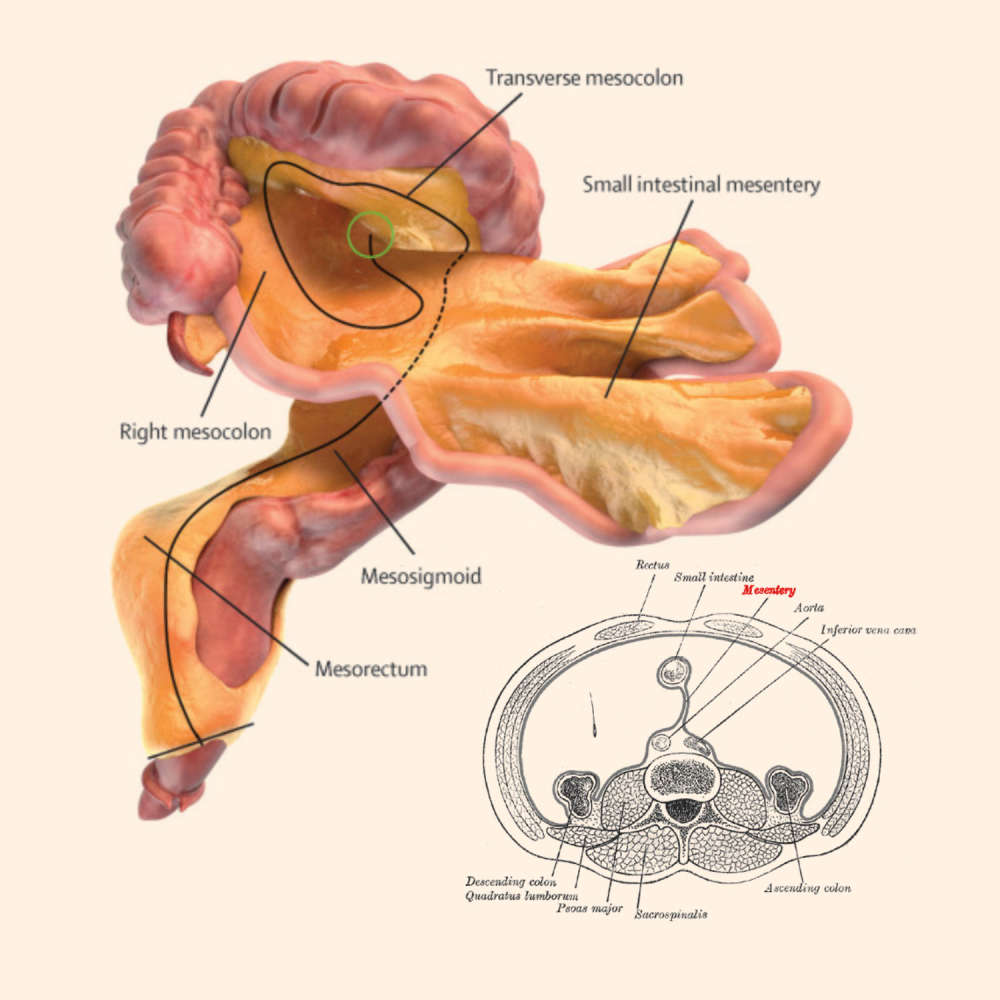 Rather wonderfully though, apart from its supportive nature, medical experts aren’t any the wiser as to what the mesentery actually does. Its proximity to the intestines may give researchers a hint, but no definitive conclusions have yet been made.

“We have established anatomy and the structure. The next step is the function,” Coffey added. “If you understand the function you can identify abnormal function, and then you have disease. Put them all together and you have the field of mesenteric science…the basis for a whole new area of science.”

Blood vessels, nerves, and lymphatic tubes – carrying a blood plasma-like fluid that is rich in white blood cells – go via the mesentery to the intestines, so it clearly has an active function. Far more research needs to be done to actually find out what it does, though.