If you follow or study astrology, you’ve probably spent a good amount of time reading about the positive qualities of your sign. Studying the dark side of every zodiac sign, like the fears we have, can make astrology a more useful tool for everyone.

The more we become aware of these fears and the negative beliefs that fuel them, the more we can move past them to become the awesome people we were born to be. 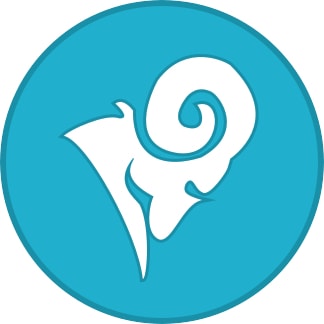 The only thing scarier for an Aries than losing a fight is losing a friend in the process. Although they often won’t realize that until afterward, because they really hate losing a fight. Aries are warriors. They throw themselves into combat not only because they want to win, but because it’s in their nature. They enjoy a good battle of wills, and if there’s no fight easily forthcoming, they’ll antagonize the ones they love, often without realizing it. When an Aries’ actions backfire, the ones they love retaliate not by fighting back but by disappearing, and Aries will never forget his/her mistake. It puts Aries in a state of permanent “wrong-ness,” a feeling that absolutely makes their skin crawl. Unfortunately, that restlessness spurs them to want to fight more, just to get the energy out. It’s a vicious cycle. 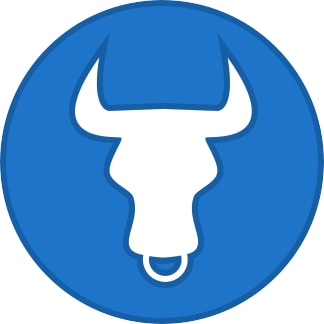 Taurus loves to be comfortable. They enjoy the simplest creature comforts: good food, good friends, a nice shag rug, a fireplace and anything that contributes to a warm atmosphere. It’s more than just a preference for comfort — for Taurus, there is a deep need to be surrounded by amenity. Since the conveniences that they require have to be supported by financial stability, Taurus guards their money and fights off debt like the plague. If they see their account balance dwindling, the first thing they worry about is the changes they’ll have to make to their lifestyle. They don’t earn money just to earn — they earn to spend. Nothing scares them more than instability, financial or otherwise. 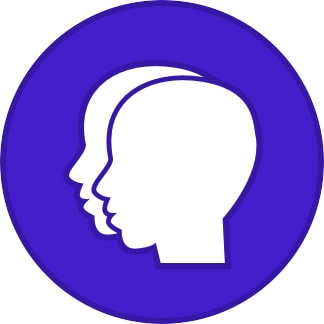 Geminis change their decisions, opinions, choices and even their promises to themselves/others all the time. The reason? They don’t feel like sticking to them. This quality is what often makes them such agile manipulators. They’ll change their stance so often you’ll forget what they originally told you. But with every strength comes a shadow side, a weakness, and for Gemini that weakness is the fear of making decisions. Gemini is symbolized by the Twins, meaning there are two distinct sides to their personalities (more than two, when it comes to Gemini men) that are constantly in conflict with one another. The minute they settle on one choice, their “other half” begins to pipe up about what they could be choosing to do instead. The problem for Gemini is that they know both sides have great ideas.

Read also: The 3 Best Women To Marry (According To The Zodiac Signs): Everyone Kneels In Front Of The Third! 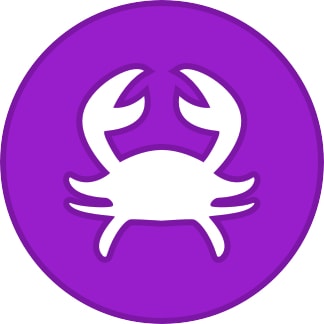 Cancers are the ultimate agoraphobics. They like to stay in their safe zone, the place where no one can hurt them. The irony of agoraphobia, which is defined as “a fear of being trapped in places or situations where escape is difficult” is that it takes the people who suffer from it prisoner. Cancers might feel safer in a zone that they are used to, but the isolation that this creates isn’t good for them. They need to learn to branch out, to do the things that scare them, to go to places that are both physically and emotionally unfamiliar to them. That way, they can learn that personal freedom has more to do with internal than external circumstances. 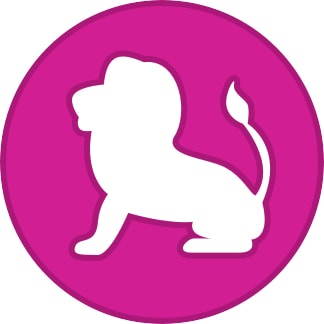 If there is one thing Leo won’t stand for, it’s walking into a room unnoticed. Lucky for them, they know how to work with that fear in a motivational way. They make it almost impossible for people to ignore them, either through their wardrobes, their body language or the way they express themselves. Most of the time, they use all three to gain the attention of those around them.

Leos need to be witnessed. They need to be seen in order to validate their experiences. It is part of their mindset that if something isn’t seen by others, it doesn’t have the same impact, and that includes their own existence. If you asked a Leo the old “if a tree falls in a forest” line, they’d answer confidently, “If no one’s around to hear it, then nobody cares! THE TREE WAS A FAILURE.” Good thing Leo does everything in their power to prevent themselves from meeting the same fate. 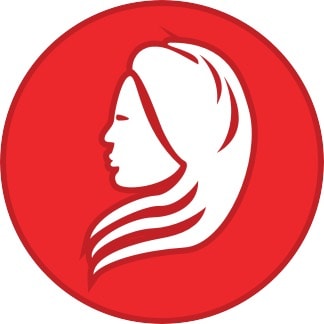 Remember the full mental breakdown that would happen to Monica from “Friends” when something was spilled on the floor? If you walked into a Virgo’s apartment spilling wine on the carpet, throwing used tissues on the ground or wiping your greasy hands on their dishes, they’d file assault charges. The slightest bit of disorganization in their personal lives or their physical world can trigger feelings of despair for Virgo.

It doesn’t take much to send Virgos into a spiral of negativity, because they happen to be naturally negative people, although they’ll claim they’re just being “helpful” or “realistic.” Staying organized is one of the ways they try to keep their emotions at bay. While they consciously fear external imperfection, what they truly fear is their own internal imperfections. 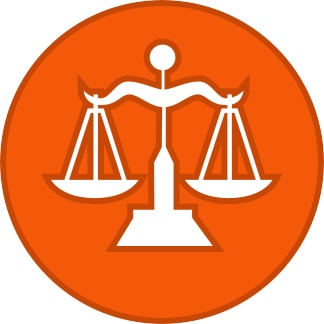 Intelligent, loving, passionate people, Libras are exceptionally good romantic partners. It’s hard to imagine them spending their lives alone. It’s especially for them to imagine it, but they do, all the time. Because nothing frightens them more. Libras are typically either serial monogamists, or perpetually depressed. I should know, my Dad is a Libra. When my mom divorced him, he ate nothing but condiments and deli meat for a year. He also proposed to the first woman he dated because he’d fallen down a flight of stairs and was scared that no one was there to help him up, even though he wasn’t hurt. Bless his heart. 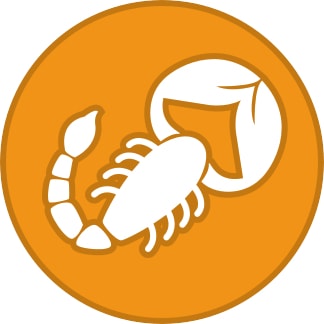 Scorpios are dark, deep, complex people. You may have read that Pisces is the most sensitive sign in the zodiac, but that’s because a Pisces will (boldly) wear their emotions on their sleeve. Scorpios, I would argue, are even more sensitive than Pisces, because Scorpios are too sensitive to give full expression to their feelings. A Scorpio’s sensitivity is actually paralyzing.

Abandonment and engulfment are the two factors that create this fear of intimacy in Scorpios. They are afraid of others eventually leaving them, or they are terrified of losing their individuality to a relationship. As a result, they tend to draw partners toward them to eventually push them away, either by engaging in extramarital affairs or through emotional withdrawal. Even being friends with a Scorpio will lead you to wonder “What’d I do??” every few months. 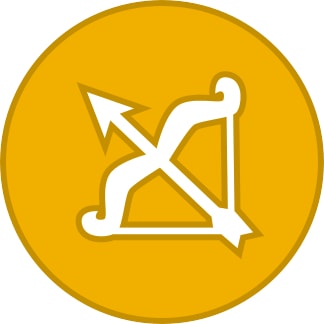 Sagittarians are natural explorers. They love to travel the world in search of their personal truths, like trust fund kids after college graduation. The difference is, they’ll do it on their own dime without regretting the cost. They are ruled by the planet Jupiter, also known as the planet of expansion. They are wild horses made to roam, and that’s the truth. Perhaps it’s Jupiter’s influence that endows every Sagittarius with a certain degree of claustrophobia, whether they are afraid of actual confined spaces or of daily responsibilities that make them feel confined, like checking their bank accounts before going on that trip to Morocco. Nothing scares them more than a hindrance to their freedom. 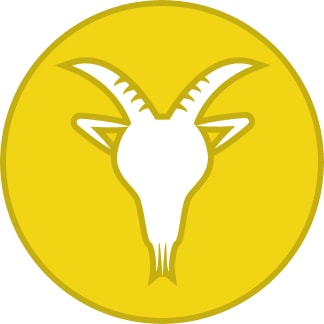 Capricorns happen to be very business-minded people. They’re workaholics, which is pretty much the best kind of addiction. But the shadow side of their ability to climb the ladder to success is a deeply embedded fear of failure. This fear is also what sets their slow-and-steady pace in everything they do. Being Capricorns, they may have inherited this desire for success/fear of failure from some kind of twisted relationship with their father figure — either by putting their father on a pedestal or having no relationship with him at all. Capricorn is ruled by the 10th house, which is associated with the father, fame and honor. Regardless of their daddy issues, Capricorns are a lot like Leo in that their fears often motivate them to succeed. Once they do, they can fund their therapy sessions to work on their issues with Dear-Old Dad. 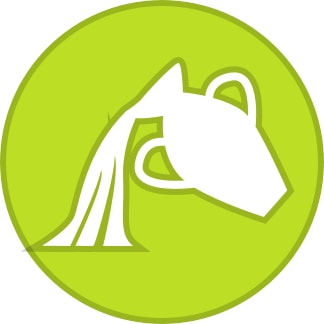 Aquarius will spend their lives avoiding any kind of intellectual entrapment. They’re a lot like Sagittarius in this respect, except that their claustrophobia is directed at institutions — like corporate work, school, hospitals, or marriage. They view all of these institutions as a kind of intellectual imprisonment, and hate the idea of subscribing to any kind of “group mind.” They’re so original, it’s hard to blame them. Leave an Aquarius to make up their own minds, or leave them alone. They’re probably much happier that way.

Read also: What Does Your Chinese Zodiac Sign Say About You? 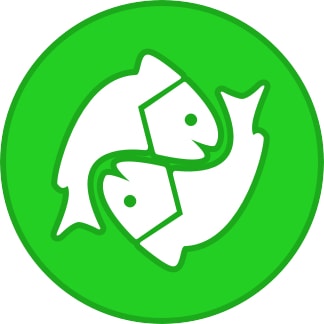 The Peter Pans of the zodiac, Pisces live in a fantasy world where they just don’t want to grow up. Not that they could, even if they did want to. They are a study in contrasts — they’re somehow full of the wisdom of the ages, without an ounce of true maturity. Pisces were given the gift of unending creativity, and with that comes a total incapacity to deal with day-to-day life. This is why so many Pisces turn to drugs and alcohol to effectively “turn off” the nagging responsibilities of the outside world, and why most of them only reach maturity with the help of a 12-step program.

Originally written by Rosebud Baker and published on Elite Daily