It is all about the Third Eye…

The Third Eye, an inner eye is a mystical and esoteric concept referring in part to the ajna chakra in certain Eastern and Western spiritual traditions. It is also spoken of as the gate that leads within to inner realms and spaces of higher consciousness.

The Third Eye in reality is the Pineal Gland. It is the spiritual Third Eye, our Inner vision and it is considered the seat of the soul. It is located in the geometric center of the cranium.

The Third Eye is a natural part of every person but it is a meta organ. It consists of all the senses and mind working together as a larger more powerful sensory organ.

Related Also: One Of The BIGGEST Secrets Kept From Humanity: The Pineal Gland!

As a sense, it can be used in many different ways. It opens up our senses to patterns around us. It’s used by seers to make connections and answer questions. It’s used by energy workers to feel the energy and then manipulate that energy.

It’s part of empathy where a person can touch and feel the emotions of others. Many other applications exist for how people have used it. It is possible to use the Third Eye to learn how to sense and visually interpret energy around us.

This helps people work with the process of Motion, Activity and Interchange more easily and completely. Energy instead of being abstract concept then becomes a tangible property of life to work with once people learn how to sense it and interact with it. 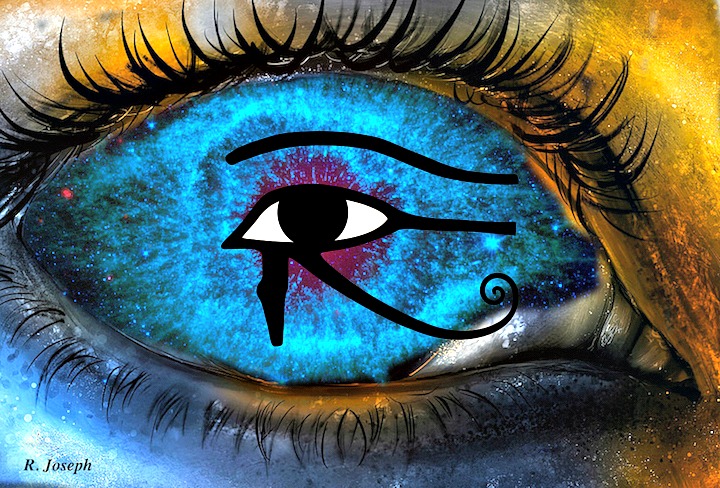 The Third Eye, The Pineal Gland Our Connection To The Cosmos; Source: Rhawn Joseph, Ph.D.
Cosmology.com

Some facts about the Third Eye:

Location: At the base of the skull, at the medulla oblongata. Its location at the front of the head is between the eyebrows.

Color: Indigo. A combination of blue and red.

Deficient energy: Non assertive, undisciplined, oversensitive to the feelings of others, afraid of success, schizophrenic (unable to distinguish between Ego self and Higher self).

Balanced energy: Charismatic, can receive guidance, not attached to material things, no fear of death, master of yourself, sexual energy-you no longer need another person to complete yourself.

The Third Eye is non-functioning, it cannot see unless physical eyes become unseeing. It needs energy to function and same energy has to be redirected.

Third Eye is not part of physical body, but subtle body. That’s why physiology cannot believe that there is an existence of Third Eye. With this eye functioning, we can enter a different dimension and see things which are invisible to the physical eye but visible to the subtle eye.

With Third Eye functioning, we look at a person, we look at the person’s soul, at the spirit, not at physical body through physical eyes, but we cannot see the soul. The movement through this eye transforms into a new world, a subtle world. We start seeing things we have never seen.

The Third Eye is a symbol of enlightenment. It is the ajna chakra, sixth chakra also known as brow chakra or brow center.

This is commonly denoted with a dot, eye or mark on the forehead of deities or enlightened beings, such as Shiva (Hindu God), the Buddha or any number of yogis. This symbol is called the “Third Eye” or “Eye of Wisdom”, or, in Buddhism, the Urna.

Related: This Spice Prevents Fluoride From Closing Your “Third Eye” And Destroying Your Brain

In the Upanishads, a human being is likened to a city with ten gates. Nine gates (eyes, nostrils, ears, mouth, urethra, and anus) lead outside to the sensory world. The Third Eye is the tenth gate and leads to inner realms housing myriad spaces of consciousness.

The Pineal Gland was the last endocrine gland to have its function discovered. Its location deep in the brain seemed to indicate its importance. This combination led to its being a mystery gland with myth, superstition and even metaphysical theories surrounding its perceived function.

The Pineal Gland is occasionally associated with the sixth chakra and it is also called as Ajna or the Third Eye chakra in yoga. It is believed by some to be a dormant organ that can be awakened to enable telepathic communication.

But the human body has another physical eye whose function has long been recognized by humanity. It is called the ‘Third Eye’ which in reality is the Pineal Gland.

It is long thought to have mystical powers. Many consider it the Spiritual Third Eye, our Inner Vision.

There are two physical eyes, we all can see. There is not a Third Eye physiologically in our own body, it is a metaphor. When we look into existence with absolute undivided consciousness, then we are one.

When Jesus said to his disciples:

“If you’re become of one eye, then you will know my Kingdom of God. If you attain one eye, then all bliss be yours and all benediction”.

It is all about the Third Eye which is also known as the Sixth Sense.

-Help ‘Simple Capacity’ to raise the vibration and SHARE this article with your family and friends.