One of the most enigmatic places on Earth… the Nazca lines!

These mysterious lines can be only seen from air, and they were first spotted in 1927 when Airlines started flying over Peru. Passengers immediately noticed strange lines, figures, and shapes far below on the ground. The Nazca lines, located in Nazca Peru have captured the imagination of historians, researchers, and tourists for decades!

These bizarre lines include more than 800 straight lines, 300 geometric figures and 70 animal (also called biomorphs) and plant designs at Nazca. If you plot the Nazca lines over the entire planet they intersect at one particular spot, and I can’t believe where they all meet!

No one can say for certain what their meaning is, why they were created, who exactly created them, and why they are only visible from the air, but that’s exactly why it makes them unique.

Geologists believe that these long series of geoglyphs were made by Nazca people in the ancient era between 400 and 600 AD.

The ancient Nazca culture belonged to an ancient prehistoric civilization that was successful in engineering techniques to bring underground water to the surface for irrigation purposes.

The longest glyph at Nazca is around 9 miles long. 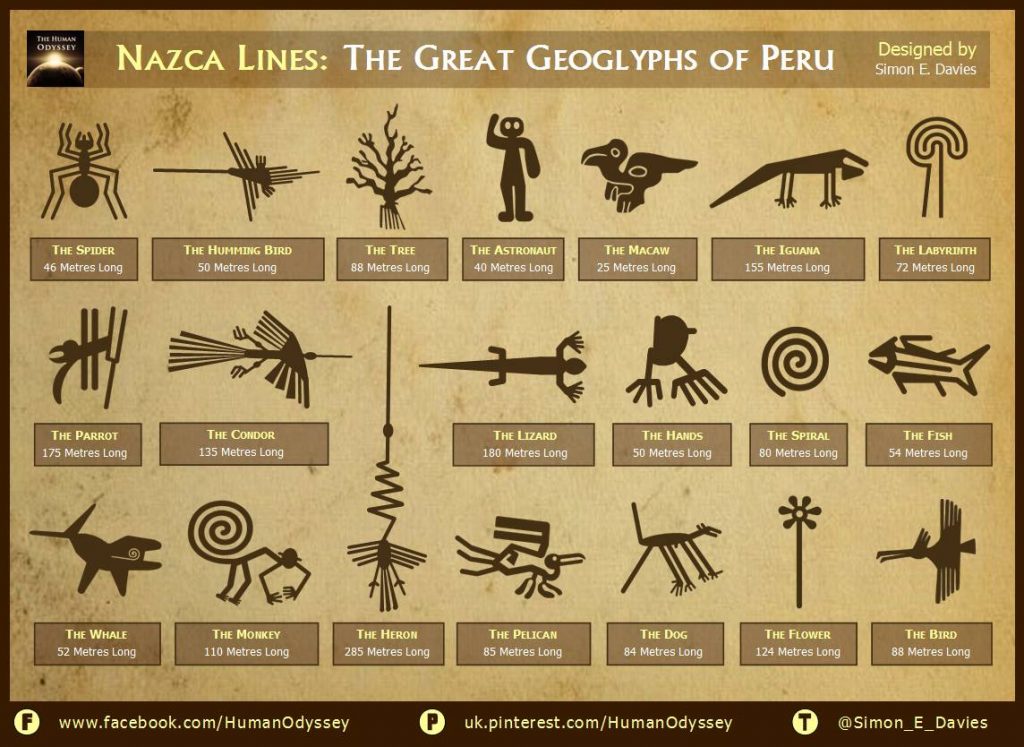 In the absence of a firm archaeological conclusion a number of fringe theories have popped up, such as the idea that the Nazca people used balloons to observe the lines from up high, something which there is no archaeological evidence for.”

One YouTube user did just that and the results according to many are staggering.

Why? because if you plot the lines—using Google Earth—over the entire globe they converge at one specific point: Angkor Wat, a temple complex located in Cambodia and one of the largest religious monuments on the planet measuring a staggering 162.6 hectares.

Now while some may find this extremely interesting, that Nazca lines up on the other side of Earth with Angkor Wat, the truth is that the Cambodian temple is the exact antipodal of Nazca.

(Check out antipodesmap.com for interesting facts)

While it certainly is interesting that Nazca and Angkor Wat are “connected” at least via an antipodal point, maybe it’s just a coincidence, since all directions leading out of a single point, always converge at the antipodal point on the opposite side of a sphere.

What do you guys think about this? Is there a connection?