The human body has 7 major chakras located along the spinal structure which are the spinning centers of energy in our body. They are as follows: (they start from the bottom-up on the picture) 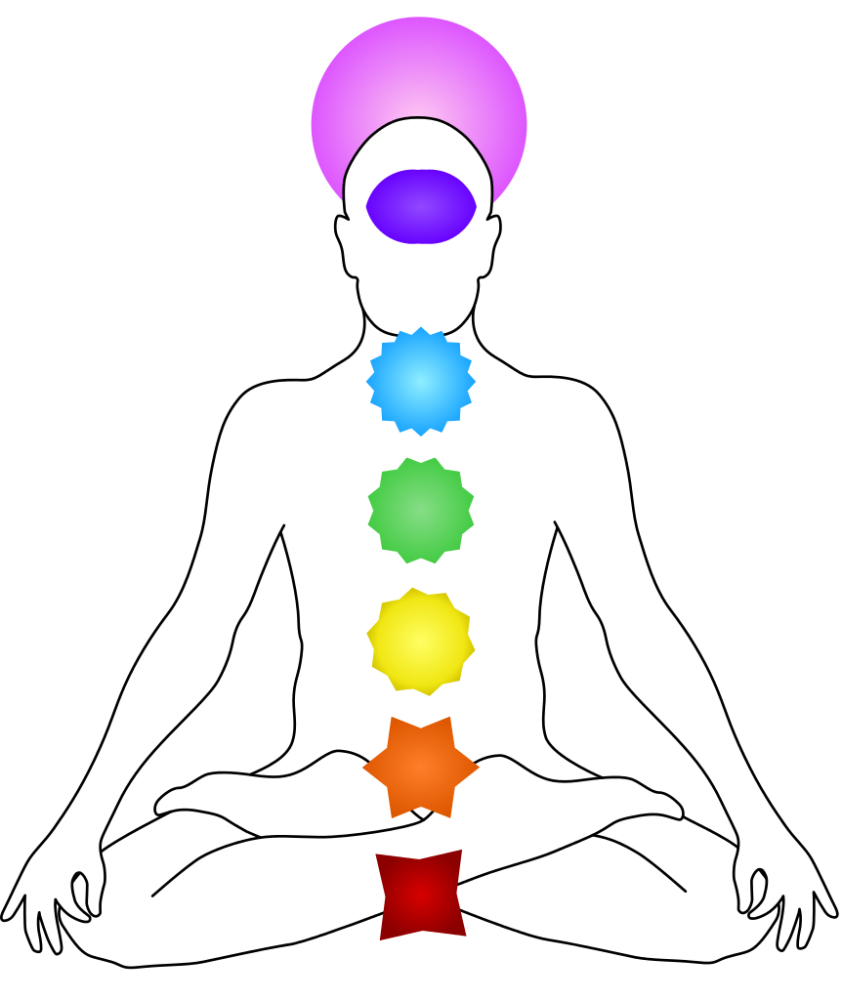 Similar to this, the earth also has 7 major chakras and some minor ones. These are commonly known as ley lines.

Human beings are simply a reflection of the universe. What is within exists outside too. These ley lines fall in areas which are significant to our race, often including man-made structures. These areas are known to be spiritually significant.

These lines intersect each other at certain points, and these points are known to be exuding energy. Another interesting aspect about the ley lines is that it aligns with astrological constellations.

The following is a map of the ley lines and their intersections across the world: 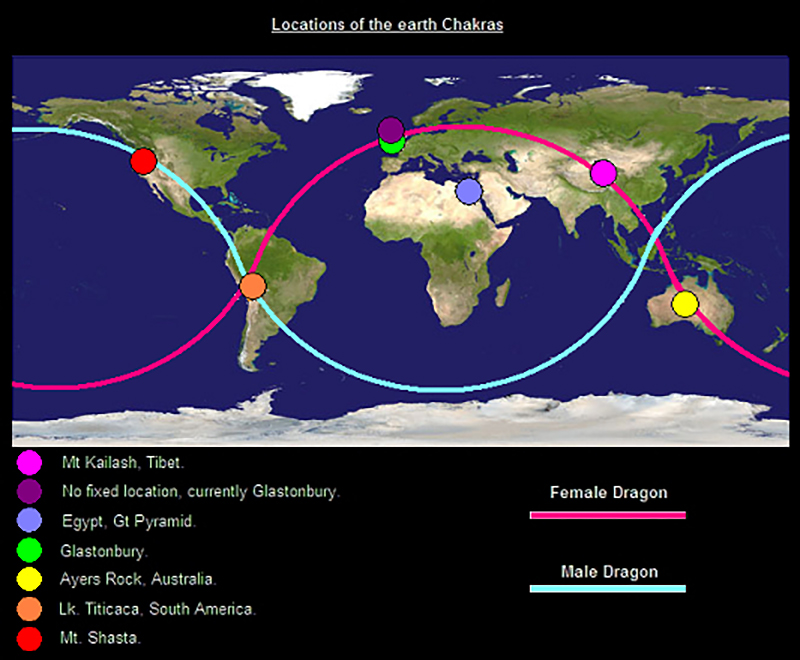 The Cascade mountain range runs from North California into Oregon, continuing its way to Canada. Mount Shasta is a part of this range and is one of the most electrically charged mountains in the world.

One of the ley lines crosses directly from the center of Lake Titicaca. In fact, this whole area contains landmarks that point towards its importance.

Considered to be sacred grounds by the Aboriginals, this monolith is a massive sandstone structure situated in the arid ‘Red Centre’.

Situated in Southwest England, and known for its mythical ancient and medieval sites Glastonbury is the Heart Chakra of the world.

The Great Pyramid of Giza is the oldest as well as the largest of the pyramids in Giza, Egypt. Built over the span of 20 years, this mega structure is believed to be an energy point that leads to the ley lines crossing over it.

This chakra changes its location every 150 years. It is currently located near the Stonehenge in Wiltshire, England. It has been suggested that its next location would be in Brazil.

The most sacred of all the mountains, Mount Kailash is one of the most venerated holy places of all. It is believed that the best time to harness the energy of this spot is when the moon is full and in Scorpio as this location is linked with the Scorpio full moon.

Must-Read: As Above so Below: Scientists have found a Multidimensional Universe inside our Brain